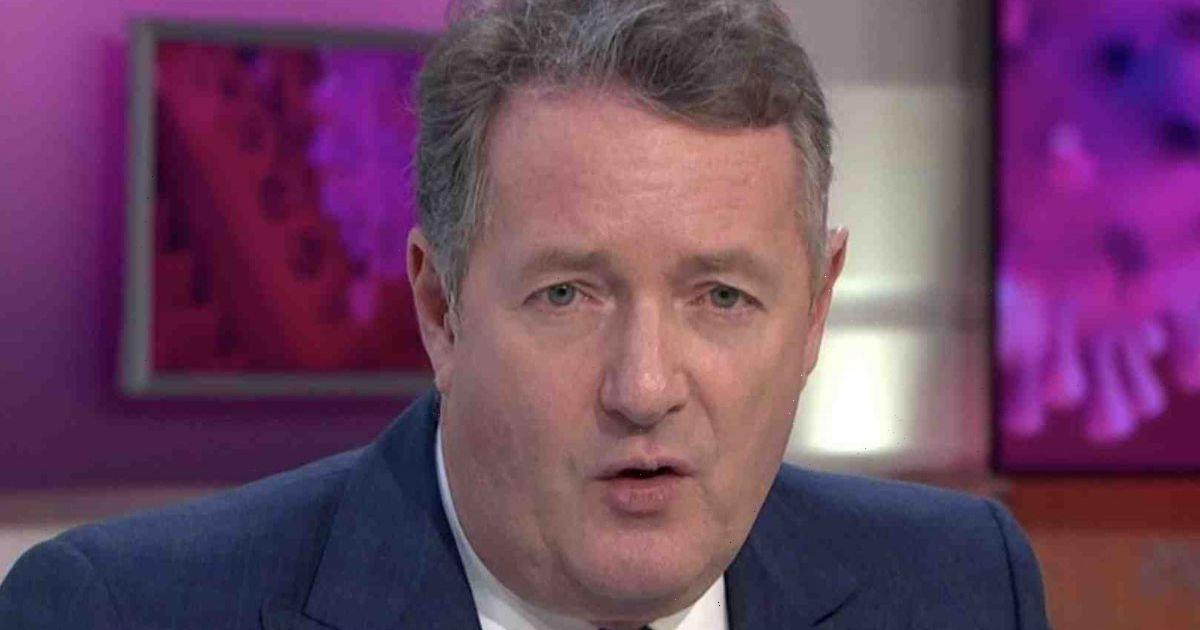 Piers Morgan and BBC Breakfast star Dan Walker have kept their fans entertained with a long-standing feud which has rumbled on for years.

Many will know that the morning breakfast hosts have been at loggerheads for years – and it isn't just over competing for TV ratings either.

The ex-Good Morning Britain anchorman used his platform on numerous occasions to take particular aim at the BBC Breakfast newsreader as he pushed Dan to finally strike back.

In recent weeks the row has only intensified, with red sofa host making his debut on Strictly Come Dancing – and of course, Piers had a thing or two to say about it.

Although Dan had attempted not to be dragged into the GMB star's antics, his hand was forced when Piers brought money into the equation.

Dan tried not to get sucked in but that all changed when it started getting personal in July 2017, when Piers mocked his salary.

In 2017, all BBC members of staff were asked to declare their salaries which only gave Piers more ammo.

Speaking on the morning breakfast show, he claimed Dan had only earned "one eighth of a Lineker".

He then took a pop at BBC weather reporter Carol Kirkwood after she'd picked up a Television and Radio Industries Club award.

Piers told GMB viewers the next morning, that the award had been given to "somebody from a rival show that nobody watches".

This statement really seemed to rattle Dan's cage, who then for the first time chirped back in an interview with the Radio Times.

He told the publication: "I fight back because nobody else does."

"In the noise that circulates around him, I don’t care what he says about me, only when he pokes fun at Breakfast, or has a pop at Carol Kirkwood or at our viewers."

Things really took an aggressive turn when Piers took out all of his frustrations out on a BBC Breakfast mug that had been gifted to him.

Good Morning Britain producer Neil Thompson had visited Dan and co on the famous red sofa earlier in the same week – with the pair sharing a selfie together after.

Neil didn't return to his ITV peers empty handed and instead came bearing a tea drinking gift from Dan and the crew.

This didn't sit well with Piers who stunned GMB viewers as he whipped out at hammer and began to thrash the china item into thousands of pieces.

Hammering away, Piers vented: "It's not at all the right time, Neil, to put a BBC Breakfast mug in front of me."

Later adding: "Apparently health and safety are upset – do one."

The BBC presenter mocked Piers for storming off set

Earlier this year, Dan decided to get his own back after Piers turned his back on GMB forever.

The Life Stories star disagreed with weatherman Alex Beresford over the bombshell interview with Meghan Markle which saw Piers walk off and later hand in his notice.

After the storm had gone down, Dan couldn't resist getting in on the action.

Alongside a photo posing with his BBC Breakfast co-host Louise Minchin, Dan joked: "This was taken a few seconds before I stormed off set because Carol said it was going to be chilly this weekend"

Knowing that GMB had finally succeeded in achieving higher ratings than the BBC Breakfast (for one day only), Piers struck back: "I'm surprised BBC bosses didn't storm in and drag you off set after yesterday's ratings came in."

Dan offered jobless Piers an opportunity at the BBC

After the announcement from ITV landed to confirm that Piers would not be returning to his role as host on the morning programme, Dan thought he'd stick the knife in.

An ITV spokesperson said: "Following discussions with ITV, Piers Morgan has decided now is the time to leave Good Morning Britain. ITV has accepted this decision and has nothing further to add."

This was met with a tweet from Dan which read: "Sorry to hear the news about your departure from GMB @piersmorgan.

"If you'd like to come on the UK's number 1 breakfast show to talk about it… we could make some space for you in the morning."

The Strictly star pretended not to know Piers

In an interview with The Sun's TV Mag – which featured an 80-page Strictly special – Dan spoke about the impending programme, along with taking a cheap shot at his nemesis Piers.

The newsreader was asked about the on-going fallouts he'd had with the former Daily Mirror editor and Dan simply pretended not to even know him.

Retweeting the news, he landed the low blow, along with a message for Dad which read: "Congrats @mrdanwalker," and a thumbs up emoji.

He wrote: "Very disappointing by Mr Dan Walker…I was hoping you would be a lot worse than that!"

The BBC Breakfast star was then shown the social media post on Strictly's It Takes Two by host Rylan Clark-Neal.

Rylan said: "I think we have finally ended some beef from years gone by because Piers Morgan has been in touch!"

He then read out the post, adding: "That is a backhanded compliment and you know on this show he can't moan about ratings!"

Shrugging off his remarks, Dan explained "That is true. I am far more interested in what my daughter thought."