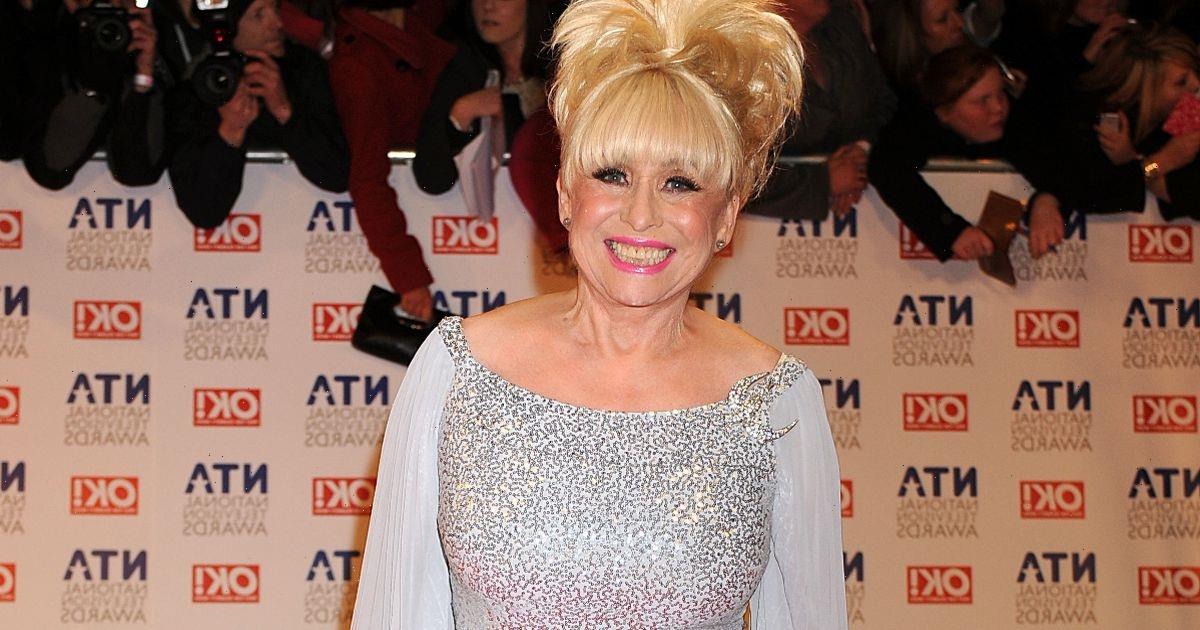 The Eastenders icon would have celebrated her 84th Birthday on August 6 and what we do know about the starlet is that she enjoyed nothing more than a good old knees up to mark the occasion.

Aside from her partying antics and her flavour for life, Barbara's lovers were also a talking point throughout her career.

The Carry On actress would often openly speak about many of her romantic encounters in a fond and light humorous manner.

It's safe to say the legendary blonde bombshell had quite a few notches on her bed post – especially if her own memoir All Of Me is anything to go by.

The star who was best known for her role as Peggy Mitchell on Eastenders, had been married to Scott Mitchell for twenty years prior to her tragic death.

Scott had been by her side throughout her illness and had held her hand as she took her final breath.

It was certainly true love between the pair.

Barbara and Scott tied the knot in 2000 with just three witnesses present to watch them both say 'I Do'.

Ahead of their happy wedding day, the pair had actually been acquainted many years before.

Scott happened to be the son of one of Barbara's good friend's and had offered to give her lift back in 1992.

In spite of the 26-year-age gap the chemistry between the pair had been electric from the get-go.

Recalling their first encounter in her autobiography All of Me An Extraordinary Life, she remembered saying to Scott: "You're a very smart young man."

At the time, Barbara had still married to her second husband Stephen Hollings and although the TV starlet still kept in touch with Scott, she insisted it was nothing more friends.

Soon after Barbara's marriage hit the rocks, their romance swiftly entered the next phase.

Writing in her book All Of Me she admitted: "We were very tipsy and I was happier than I'd been for ages.

"Suddenly I grabbed Scott's hand and started running along Marylebone Lane, giggling like a naughty schoolgirl.

"We both knew deep feelings were stirring.

"I sensed it was serious when I did something out of character: I rang Scott and invited him out. I felt like Mrs Robinson in The Graduate."

Although Scott had been the one at her side until the end, their relationship initially sparked a lot of attention due to 26 year age gap.

However, that was something Barbara was used to and she took it with a pinch a salt.

Many of the soap star's romances had also created quite the frenzy over the decades – including an affair with her Carry On co-star Sid James.

The bombshell had been married to former nightclub owner and criminal Ronnie Knight when the co-star's fling was exposed which saw her marriage breakdown in 1985. Addressing their romance, Barbara once told The Mirror: "He'd been pestering me for months. At the time, I didn't even fancy him.

"But he obviously thought I was this raving, sexy little thing and I thought if I did the dirty deed he'd leave me alone."

However, things quickly turned from just sex into a full-blown and deep two year love affair.

She confessed: "Yes, I loved him in the end. But I also loved Ronnie. I felt safe with him."

Barbara also owned up to a night between the sheets with Bee Gee star Maurice Gibb.

Initially she'd got herself involved to help him ease his stage fright but things quickly escalated.

According to the same publication, she said: "When the Bee Gees broke up I was doing a musical and they ­wanted Maurice.

"He was very good in the show but director Ned Sherrin came up to me and said, ‘He has no balls on stage, you have to do something.'

"So I asked him for dinner but he said, ‘Let’s just go to bed’. He knew he was not getting it on stage. He was better next time."

In her very telling book All Of Me: My Extraordinary Life which was released in 2001, she also addressed a romance with the notorious East End gangster Reggie Kray.

The legendary soap star confessed to not only having had a romp with Reggie Kray, but also getting together with the known trouble-maker's older brother Charles, with the pair having more of a long-term romance.

It wasn't until 1986 that Barbara would find love again with restaurateur Stephen Hollings, but it wasn't meant to be and the pair parted ways in 1995, allowing her to finally meet her soulmate Scott Mitchell.

Get the latest updates from the Love Island villa by signing up for the Daily Star Showbiz newsletter.