There's a very good reason why, despite his popularity in the alternative rock scene, you'll never see a slick promotional documentary about the making of a Mac Demarco album, which the Canadian singer-songwriter will readily tell you.

"It would just be two dudes in their underwear who smell like gross sandwiches in a smoky room," DeMarco says. "It's definitely not exciting, or even worth considering." 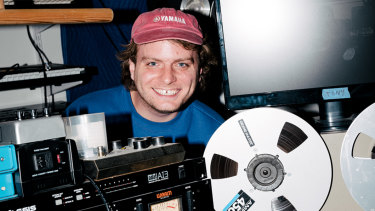 The 29-year-old with the gaptooth smile, laidback demeanour, and a penchant for overalls as his stage apparel obsesses over his music, but his approach leans more towards grinding dedication than artful contemplation. Recording DeMarco's fifth studio album, Here Comes the Cowboy, which is released today, was a stressful experience, to the point where he's been gun-shy of his home studio since finishing it earlier this year.

"I drove myself up the wall," DeMarco says. "When I'm recording the master version I go crazy with the tinkering. The computer gives me way too many options. You'll have a great mix going and then you'll put on a record you like to listen to and you're like, 'Oh my God'."

As much as he projects a slacker's goofy disregard, DeMarco's work ethic is strong. When his friend, Melbourne singer-songwriter Martin Frawley, went to stay with DeMarco in Los Angeles in 2018 as part of a sabbatical to deal with the end of his band, Twerps, he realised DeMarco was getting up every day and starting work even as pals came and went from his Los Angeles home. Frawley was inspired. His host, however, remembers it differently.

"I'm not sure we were working hard. I thought we were just getting drunk and trying to cover Oasis songs," DeMarco says. "We did stay up late – he loves his tinnies – but really I'm just always tinkering with things all the time, to the point where my girlfriend is like, 'Can you please stop now, we have people over for dinner'."

Here Comes the Cowboy is DeMarco’s fifth studio album in nine years, and it condenses his recording aesthetic of 1970s AM pop radio melodies at half speed, gorgeous key changes, psychedelic twang, and sweetly disconsolate snapshots of relationships. It's the sparsest-sounding album DeMarco has cut, allowing his songwriting to take precedence over the arrangements.

"I've always been interested musically in the idea that less is more, especially because I'm not a very good musician," says DeMarco. "I can't play crazy things – I'm inherently limited. I used to think about what I couldn't do, but I now I think about what I could take out. When I make an album I'm in a little room, so my mindset is about that space, not adding an 808 kick [drum]."

Those little rooms have been in a bunker-like Brooklyn space that had no windows, a home on the water in Rockaway Beach in the neighbouring New York borough of Queens, and now Los Angeles. Success has been fruitful for DeMarco, who figured out by the time he was touring his third album, 2014's Salad Days, that he didn't really care for excess. He has his own label now, primarily to ensure he owns his music, and has a good sense of who he is.

"I have a history of doing things someone has said I'm not allowed to do, but the thing is I can't be a jerk to someone I don't know. It's not in my nature. 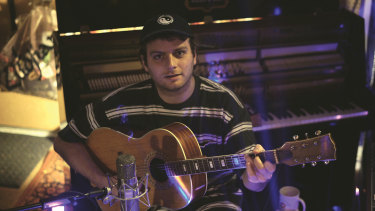 Keeping it simple is an approach born of necessity, says DeMarco.Credit:Kiera McNally

"Sometimes I'll do a photo shoot I don't want to do, but that's not a big deal. You know how you can tell if someone is forcing a smile? That's me."

His cheerful lack of outward drive can backfire occasionally. When DeMarco announced Here Comes the Cowboy and its lead single Nobody, he was unaware that celebrated American indie-rock artist Mitski had recently released her Be the Cowboy album and its lead single Nobody. DeMarco, who mostly steers clear of the internet, got a crash course in the culture of accusation, which he had to defuse with an explanatory statement about coincidence and a friendly phone conversation with Mitski.

"I didn't engage with it. I just went narrative-free," DeMarco says. "The thing is I've been trying to make people come up with conspiracy theories of all kinds about me for years, but the ones I plant never work. And then they make up something like this for me. I might have to work harder at that."