When it comes to making music there aren't too many musicians who could top English-American producer Mark Ronson.

The 43-year-old, who was born in London, raised in New York and lives in Los Angeles, has very nearly done it all. His most successful song to date, the relentlessly earwormy Uptown Funk was certified 17 times platinum on the ARIA charts, but before that it was his work with the late Amy Winehouse – he produced her defining 2006 album Back to Black and co-wrote the hit song of the same name – that made him a household name. 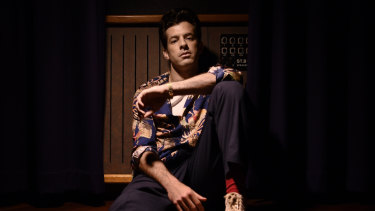 He had another hit on his hands late last year with Miley Cyrus song Nothing Breaks like a Heart and in February this year won an Oscar ("I'm very f—ing psyched about it," he says) for co-writing Shallow, the Lady Gaga and Bradley Cooper smash from their movie A Star Is Born.

Given his success, it jars that his latest effort Late Night Feelings, his fifth studio album, is described by Ronson as a record full of "sad bangers". It's a melancholy turn for the characteristically upbeat musician, the result of a record created while Ronson, who's in Australia for a small promo tour this week, was separating from his wife of seven years, Joséphine de La Baume.

As Ronson explains it, despite his best efforts to avoid dealing with the emotion that came with the divorce – a coping mechanism he honed while growing up in "a pretty terrible and sometimes violent household" – it eventually all came out in the music. 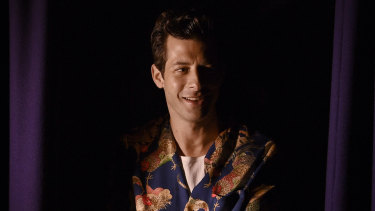 Ronson has collaborated with Amy Winehouse, Lady Gaga, Adele, Bruno Mars and many more – and this year won an Oscar. Credit:Kate Geraghty

"I was trying to stave off the inevitable, which was making my own record. I was hiding behind these things … I was just scared," he says. "It suited me to hide behind other people a little bit."

Some of those people include Kevin Parker of Australian band Tame Impala, as well as American artists Ilsey Juber, King Princess and YEBBA – all of whom played a part in some way in Late Night Feelings.

Having raved about the talents of YEBBA previously, Ronson politely rejects the bandied-about idea that she's his new muse in the same way Winehouse used to be.

"YEBBA is truly one of the best five singers I’ve ever recorded in my life with. It’s so real with her," Ronson says. "As soon as I leave here we're going to New York to work on some stuff for her … but I always worry with that thing 'muse' because – and I'm not trying to be, like, super woke – but it's like I'm more their muse, because most of the creative ideas are coming from these people.

"I'm there to help them pull it out or channel it. 'Muse' would be a little insulting."

The humble nature isn't an act – Ronson is hilariously frank about the fact that he chased Cyrus for four years before she was willing to collaborate, and says he's sure there's somebody famous he "texted recently like, 'Hey, hit me back anytime'", to no avail.

And there is one thing he finds easy to be emotive about: that Oscar win.

"The Oscar is just crazy because it's so elegant. It's probably the most famous trophy other than the Nobel Prize – everyone knows what an Oscar is," he says, almost disbelievingly.

"It is incredible, it is something I will have till the day I die and something I will give to someone in my family. It's so beyond anything you think of for yourself and it's cool. It's wild. It's a hard thing to quantify and talk about."