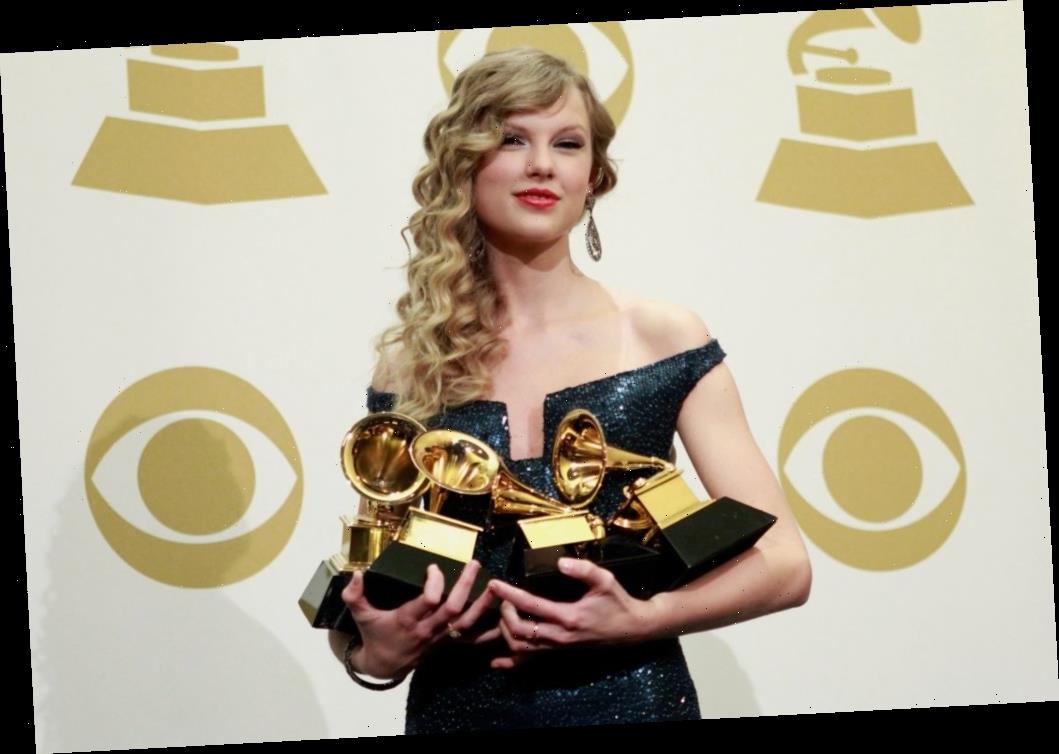 For an artist like Taylor Swift, Grammys are among the most significant achievements one can earn. But then again, it’s an honor just to be nominated. Swift’s won several times at the award show out of dozens of nominations. How many total Grammy nominations does Taylor Swift have?

Taylor Swift was nominated for her first Grammy in 2008

Swift broke out onto the music scene as a teenager. She released her self-titled first album through Big Machine Records in 2006. Singles such as “Our Song” and “Picture to Burn” brought in sales and radio plays, and Swift quickly earned attention as an artist to watch out for.

The singer-songwriter attended her first Grammy Awards in 2008. At the event, she was up for one award: Best New Artist. Though she did get up on stage to present an award, she didn’t win in her own category — that honor went to Amy Winehouse. But it marked the beginning of Swift’s many Grammy appearances.

She won her first Grammys for ‘Fearless’

That same year, Swift released her second studio album, Fearless. The record became her first to reach No. 1 on the Billboard 200, where it debuted and topped the chart for 11 weeks. Fearless also marked her entry into producing and grossed millions with hits like “Love Story.”

In 2010, Swift attended the Grammys as a nominee for the second time. She was up for an impressive eight awards, of which she won four. This includes the top prize of the night, Album of the Year. Swift’s win made her the youngest ever to take home this award until Billie Eilish won it in 2020.

Swift is nominated for 6 Grammys in 2021

In the decade-plus since her incredible year, the recognition for Swift’s discography has grown along with it. In 2020, she released not one but two records: Folklore and Evermore. Due to the cut-off date, Evermore isn’t eligible for the 2021 Grammys, but her first of the two sister albums is.

All of Taylor Swift’s Grammy nominations

The 2021 Grammys marks the chance for Swift to make history. If Folklore wins Album of the Year, she’ll become the first woman to win the award three times. The second time she won for her first pop album, 1989, for which she earned two other awards out of seven total nominations.

Along with these notable years, Swift’s picked up a few other Grammy awards and nominations here and there. Out of a whopping 41 total Grammy nominations, Swift’s taken home 10 statues. If fan theories are to be believed, this year could raise her total significantly — maybe she’ll even bring it up to her lucky number: 13.