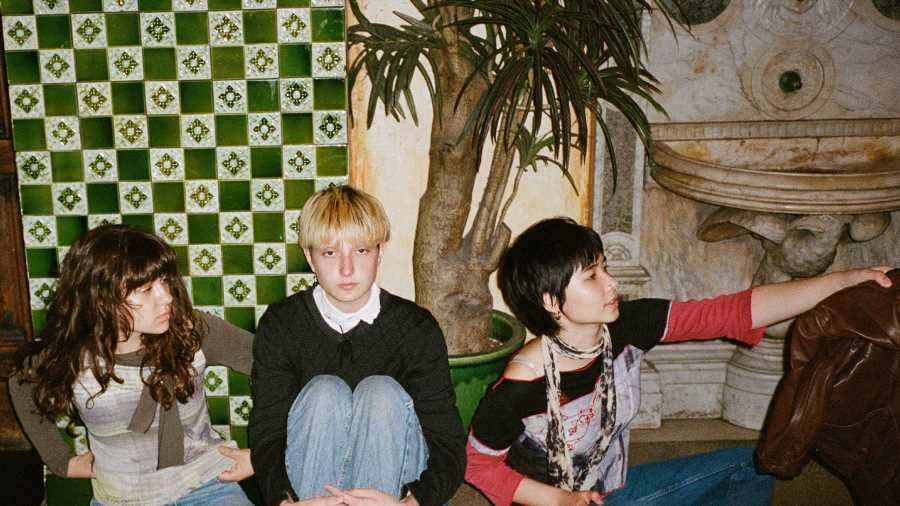 The titular character in “Billy,” the new track from budding Chicago indie rock trio Horsegirl, cuts a familiar figure. He wanders and ponders through life, an existence that bassist-vocalist Nora Cheng renders in shades of mundane saturated with just the right amount of strange.

“Billy says he’s got a stiff rate in the nick of time,” Cheng sings over an instrumental churn that’s both beatific and bombed out (indie rock vet John Agnello produced the track). “He washes off his robes in preparation to be crucified/Billy recounts all the time he spent on counting change/Changes that he never made will make him wish he stayed and prayed.”

Over three concise, vivid verses, Billy’s world seems to shrink, until all that’s left is his belief “in a room that’s growing thin and thin,” where “He’ll shut the door and think about the silly little state he’s in.” But as the character recedes into this tiny, inner world, Horsegirl explode into a boisterous din, dive bombing into the boogie buried in their wall of fuzz. The tambourine shakes, and in the “Billy” video, Horsegirl and their friends do the literal Chubby Checker “Twist” as they dance around to the song. Any despair, angst, or even caution in the song feels less like a thing to dwell on, than fuel to uncover all that’s exuberant.

As much as “Billy” is a wonderfully crafted character study, Horsegirl also described it in a statement as “a love letter to past music scenes we wish we could have witnessed.” Specifically, they cited Nick Drake’s alternate tunings, and the scrappy indie pop released on New Zealand’s Flying Nun label in the Eighties and Nineties. “Billy” is only Horsegirl’s fourth song (and first for new label Matador), but already this young outfit — seriously, these kids just graduated high school — has exhibited strong songwriting instincts and the kind of on-the-sleeve, unabashed music nerd leanings that speak to the endless curiosity all great artists seem to have. Wherever that leads Horsegirl next, it’ll surely be worth following them.