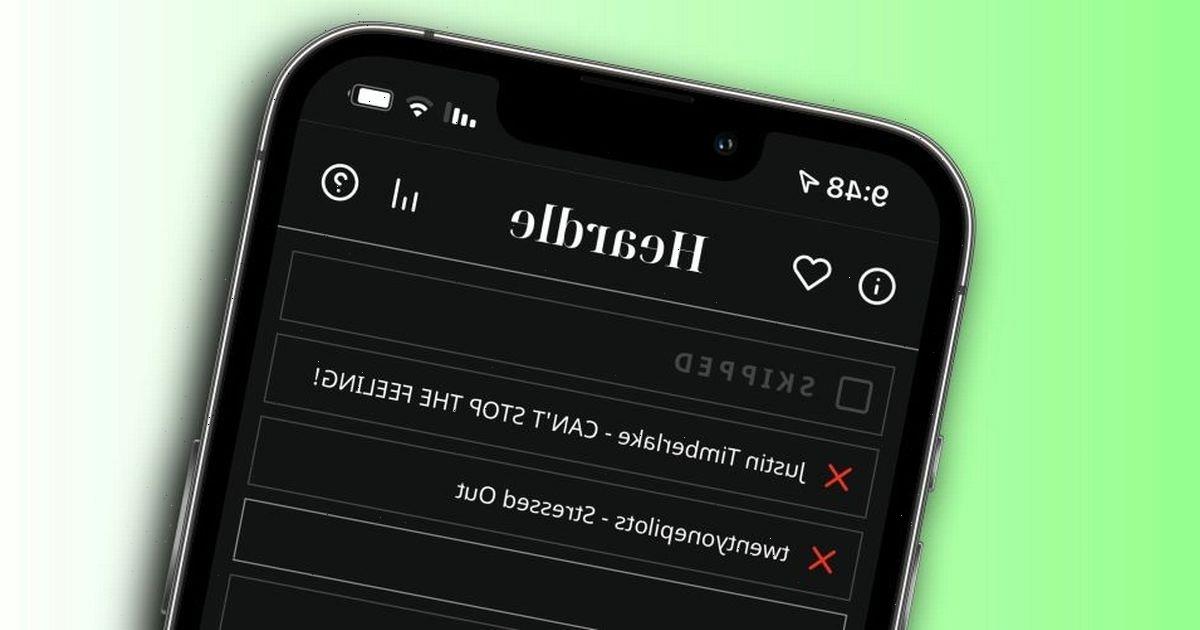 Most of us have become obsessed with word games since Wordle went viral last November. Since the daily puzzle game has become part of our lives, there have been several Wordle clones that people have been having fun with.

While there have been many complicated versions of the word game like Quordle and Octordle, there hadn't been anything that moved away from the concept of word-guessing – until Heardle.

Heardle is a fun new twist on Wordle, perfect for music lovers everywhere. This musical version of the word game involves people listening to a few seconds of a song's intro then trying to guess the song name.

Here's everything you need to know about it, including how to play and how it differs from Wordle. Heardle is the new music-based guessing game, where players have to guess one track using just tiny snippets from the song's intro.

The track will typically be pulled from a pool of the most streamed songs over the past 10 years, and there will only be one track that you need to guess per day – similar to Wordle.

How to play Heardle

The rules of Heardle are pretty straight forward. You'll have six guesses – just like Wordle – to guess a daily song from audio clues.

All you need to do is simply type the title of the song and artist to make your guess. In the first guess you get to only play one second of the song, two seconds in the next.

In the third attempt you get four seconds, seven seconds on the fourth, then 11 seconds and finally 16 seconds to make your guess.

You can play the game via Heardle's website.You'll be given only three instructions before playing and the goal is to get the answer within as few tries as possible.

The game offers players a bit of help, giving us the chance to skip guesses, which unlocks more of the song, and also auto-filling the songs that could be possible as you type your answer.

Similar to Wordle, you can share your scores and how quickly you guessed the track on Heardle to social media

How is Heardle different to Wordle? Heardle is not connected to Wordle in any way. While some elements like the daily puzzle and six guesses are similar, Heardle is quite different from Wordle.

Obviously, one of the major differences is that it has nothing to do with words and is completely music-based.

Another difference is the skip button that lets you get closer to the answer without making your guess, unlike Wordle where you have to make the guess to get more information.