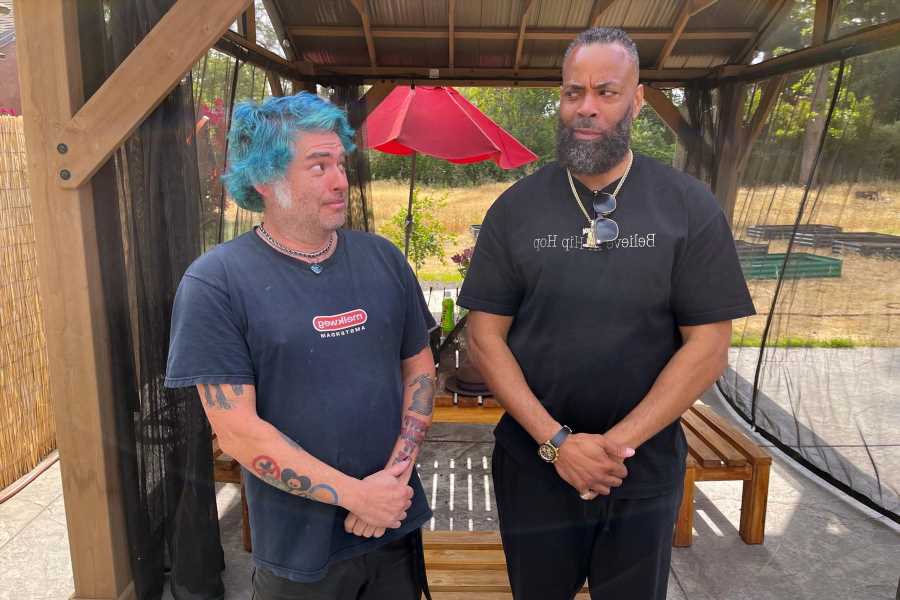 When the D.O.C. spoke with Rolling Stone last week about the excellent new documentary about his life, he dropped a bombshell: He had been recording new music for the first time in decades. Ever since a 1989 car wreck damaged his vocal cords, the gravelly-voiced rapper — who had previously released the platinum-selling No One Can Do It Better in 1988 and written rhymes for N.W.A — had recorded only one full album, 1996’s Helter Skelter, and made only a few appearances himself on another, 2003’s The Deuce.

But as surprising as his return to the mic was who he chose as his collaborator: “Fat Mike” Burkett, longtime frontman for punk group NOFX. “He started working with a band called the Codefendants,” the D.O.C. said. “I did a song with those guys, and people are freaking out about it, so must be pretty good.”

'Silence of the Lambs': 'It Broke All the Rules'

Fat Mike, who tells Rolling Stone that he only ever bought one rap album in his life (“It was Eminem with that song ‘Stan,’”), was equally surprised by the collaboration. “I listen to punk rock and the Beatles and Bowie, shit like that,” he says over Zoom. “I have zero knowledge of hip-hop.”

The pair met through Gary Ousdahl, who produced the DOC documentary, and hit it off so well that a good chunk of the picture was filmed at Fat Mike’s home. “We come from two totally different places,” Fat Mike says. “He’d never heard punk rock before. But our sense of humor is the same and we get along so well.” Eventually, the punk rocker played D.O.C. some music he had been recording with a new group called the Codefendants — which includes Sam King of San Francisco punks Get Dead and hip-hop artist Ceschi — and the rapper was impressed.

“The guy was so genuine and cool and adamant about working together because, being introduced to my story, he really wanted to see me win,” D.O.C. says over email. “That kinda energy made it hard to say no. Plus, the guy’s a great producer, and the young guys have great voices. May as well add a dirty growl.”

The result was “The Fast Ones,” premiering here. After verses from King and Ceschi over a thick bass line, trappy drums, and echoey, dubby ear candy, the D.O.C. raps about how hip-hop has changed since he started. “We used to say ‘fuck the coppers’ on ayahuasca … It was when it used to be attitudes, now it’s just a minstrel — black fists, black fools, clowns in blackface.” His voice is gruff and raspy, and it fits perfectly with the downtempo vibe of the track. “He needed someone to tell him, ‘Dude, your voice is perfect; it’s just different,” Fat Mike says. “He fucking destroyed everybody. He comes in like a fucking monster.”

Fat Mike saw how the experience refreshed the rapper. “Now he wants to do a few more songs with us and tour with us, which would be so fucking awesome,” the punk rocker says. “He came out and sang a song with NOFX in Dallas, ‘Kill All the White Man,’ and it was so fucking cool. He was so fucking pumped. And afterwards we stopped and the whole crowd was chanting ‘D.O.C.,’ and he was like, ‘Oh, my God. I never got to fucking live this.’ He fucking missed out.”

Fat Mike is still figuring how he wants to roll out the rest of Codefendants’ music. He already has a genre name for it, “crime wave” — “The band is full of criminals and felons,” he says, adding, “If Sam gets pulled over for anything, he’s got a two-year suspended sentence, so he has to try to not get in trouble, and that’s impossible for him” — and a website for the group, but it’s still coming together. They recently met up with Pharcyde’s Imani and rapper Ras Kass and now have plans to work together. “I’ve never heard of these people, but they want to be part of it, which is so fucking exciting,” Fat Mike says.

As a producer, Fat Mike feels his role is to encourage artists who would otherwise hide their vulnerable side to open up. “For this record, they sing stuff that makes them feel like, ‘Oh, I can’t believe I let that out there,’” he says. “I’m a cowriter and a producer, but I really bring that out in people.”

“Mike has a fantastic ear and pen himself,” D.O.C. says. “Plus, punk and rap are really cousins. I’ve always kinda prided myself on knowing what works and those guys work.”

The only thing Fat Mike is anxious about with “The Fast Ones” is how one of the D.O.C.’s oldest friends, Dr. Dre, will feel about it. “He hasn’t played it for Dre,” the producer says. “He hasn’t played it for anybody. I’m actually a little freaked out, because when Xzibit was here, he’s getting on the mic and then his manager comes in like, ‘It’s Dre.’ He says, ‘Who the fuck is this guy? And you are on my label.’ So yeah. I hope Dre likes the song.”

Even if the project doesn’t get the reception Fat Mike hopes for, it’s been a transformative experience. “I have such a new respect for hip-hop,” he says, though he concedes he’s not a regular rap listener. He simply likes creating something different. “I’m fucking 55 and I get to do new stuff,” he enthuses. “No matter how good a NOFX record is, who cares? I mean, people care. Our record last year got great reviews … [but] I think this is the best record I’ve ever produced.”

He also hopes the D.O.C. feels the same way. “After doing this Codefendants stuff, I really want to see him start working again,” he says. “Yeah, his voice is like Louis Armstrong. You can have a voice like that.”