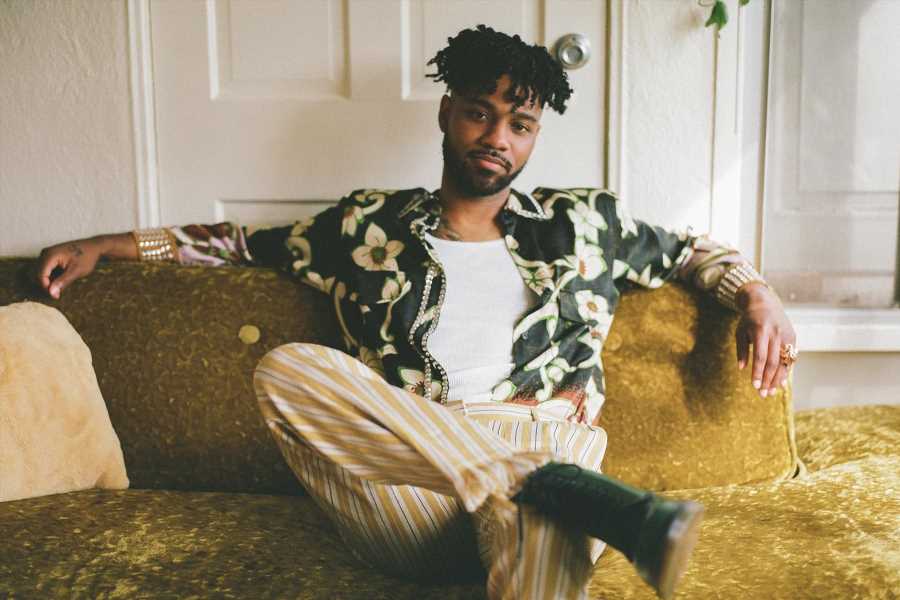 Last February, right before the pandemic upended everyone’s lives, Justin Bieber was preparing for a year dedicated to his highly-anticipated fifth studio project Changes. The record — his first since 2015 — was meant to be a new chapter for the superstar, brimming with electro-R&B material that paid homage to his life as a wife guy. The album cycle was fairly typical, according to Harv, the pop star’s music director/producer/co-writer/A&R: Face-to-face studio sessions with a handful of A-list artists, constant in-person collaborating and tour rehearsals. But the familiar aspects of album promo were gone when the world shut down — and so was the way that Harv worked. “[Going from] doing rehearsals in the daytime and then the studio at nighttime to doing nothing, the first month creatively, I was just lost,” Harv tells Rolling Stone by the phone from his Los Angeles living room.

'The Mosquito Coast': Justin Theroux Heads South of the Border

Harv, born Bernard Harvey, initially met Bieber in Atlanta in 2009 and began working alongside him a year later as his bassist for the My World tour. From there, his involvement within Bieber’s team continued to expand. When the Purpose trek rolled around in 2016, he was promoted to music director and has been collaborating with Bieber behind-the-scenes and onstage ever since. From penning R&B and pop hits to working on live shows, his hands-on role had been largely dependent on in-person interactions.

So it’s only natural that Harv was initially reluctant to translate his process to a digital-only world. Admittedly, he turned down nearly 100 Zoom sessions when life went into lockdown. “Being in a studio is such a sacred, organic, fun, cool place, and to do that over the screen for me was just something I couldn’t really get into,” the 35-year-old multi-hyphenate explains. While he wasn’t keen to transition his work online, the community of producers and writers on Bieber’s team began “a weekly Zoom hang,” where they would tell jokes, sip wine and play virtual games. They weren’t making music, but they were connecting. Eventually, Bieber, tucked away in Canada, wanted to be a part of it.

“He started playing records over Zoom like, ‘Hey, I just recorded this yesterday. Tell me what you think,’ ” recalls Harv. Seeing Bieber back in the studio ignited his own motivation to work despite the less than ideal conditions, and digital platforms kickstarted the process of creating what would become the singer’s sixth studio album, Justice.

While their “Zoom hangs” weren’t necessarily used for studio sessions, the technology allowed the team to bond over what they enjoyed about Bieber’s music and have fun with it again. That fresh perspective helped motivate the crew. “I think that kicked off the energy of Justice because it really just came from us missing each other,” says Harv. “Because we were with each other every day, naturally.”

For the first two months of making Justice, the team casually crafted ideas on their own, sending Bieber their concepts. But despite the initial constraints of digital-only communication, the process of making Justice was more organic and seemingly bonded Bieber’s collaborators together more than ever. Once Bieber returned to Los Angeles from Canada, Harv and a few musical masterminds, including Andrew Watt, Benny Blanco, Jon Bellion and Skrillex, began meeting in-person at his home to listen to music — something that’s continued beyond the release of Justice. “We’ll go to his house, shoot basketball, just sit around, talk and have community,” he says. “And I think that’s something we didn’t do during Changes.” The constant collective input and ongoing conversations between the team shaped the project. “We all felt like we were a part of the album,” Harv adds.

When it came to developing the album’s lead single “Peaches,” Zoom wasn’t the catalyst for its inception, however, it was born from an online connection. While scrolling through his Instagram feed, Harv noticed a video Bieber had posted of him playing piano and singing a melody he and producer Andrew Watt had crafted. His immediate response? Posting a fire emoji in the comments. At the time of the interaction, he received a message from the producer Shndo suggesting they work on the track together. Shndo grabbed the clip off of Instagram, and he and Harv went to the studio to produce the track. At 1 p.m. that day, Harv sent the track to Bieber who called it “fire.” Within the day, Bieber records the hook, writes the verse and then sends it back to Harv. By 5:30 p.m, Bieber FaceTimed Harv and said he recruited R&B singer Giveon for the second verse. “As he’s telling me this, he’s texting me the song at the same time,” Harv recalls. Giveon also happened to be in the studio and had written his verse in two hours. For about two weeks, the song featured solely Bieber and Giveon, but Bieber wanted to add another voice. “He was like, ‘Yo, I think we should get Daniel [Caesar] on ‘Peaches,’ too,” says Harv. Soon after, Caesar, who was in Mallorca at the time, wrote his verse and sent it back. “I put Daniel’s verse second, and the rest is history,” says Harv.

And “Peaches” was a smash: It debuted at Number One on the Billboard Hot 100 songs chart and simultaneously on the Billboard 200 albums chart. All of the moving parts were worth it. “Many creative, talented geniuses came together and made ‘Peaches,’ ” remarks Harv.

The collaborative nature that helped shape “Peaches” and Justice during the pandemic also helped make Bieber’s pivot to virtual concerts go smoothly after the Changes tour dates were rescheduled for 2021. Despite those date changes, the team was more than prepared for performing live music. With Bieber’s New Year’s Eve livestream — his first live show since 2017 — and a TikTok Valentine’s Day gig where he performed songs from his third compilation album Journals, rehearsals had actually been happening nearly every day since November 2020. So while online shows had been an adjustment for many artists, Harv found them to be “the easiest stuff we’ve done.”

“Our team is just super strong, we all believe in each other, and we all bounce off of each other,” Harv says. “The creative director, Nick Demoura, has been a part of being a part of the family since 2010, like myself, so, we very seldom run into issues. It’s a good working flow.”

And the team has kept that momentum going. Following the release of Justice in March, Bieber dropped his six-track gospel EP Freedom in early April, and his collaborators haven’t stopped. Currently, Harv’s Dropbox folder is overflowing with new music they’ve been developing.

“We’ve been in the studio almost every day working, and I think we just did a record that’s bigger than ‘Peaches,’ ” says Harv. Though he’s been creating nonstop, Harv is in the midst of a week-and-a-half-long break before married next weekend. But he can’t help but anticipate the return to work: The writer-producer already has a slew of sessions lined up with Bieber and several other artists. “As soon as the wedding is over. I’m going back full-throttle.”