Although many of the Harry Potter cast included icons like Maggie Smith, Gary Oldman, Julie Walters and Alan Rickman, the students were mostly newbies in the industry.

Rupert Grint was the oldest of the troublesome trio at 12-years-old during the time of filming, while Daniel Radcliffe was 11, Emma Watson was just 10-years-old during filming and turned 11 when the film was released.

The films were done over a span of 10 years, allowing fans to watch the youngsters grow into adults who started to take on other projects – and the doors were burst wide open once they wrapped up the films.

To celebrate Cho Chang actress Katie Leung's birthday, Daily Star has taken a look at what the cast did next.

With the likes of Emma Watson to Robert Pattinson, what have the students of the franchise got up to? Daniel Radcliffe has been in numerous films since he wrapped up his final Harry Potter, with one of his first big roles seeing him appear in horror The Woman in Black.

In an interview with Sam Jones, Daniel admitted that there never came a time where he wished he didn't land the role as Harry Potter, despite getting plunged directly into the spotlight.

He has been able to branch away from being Harry Potter by taking on Broadway plays, voice overs and various other roles that led him in a very different direction to his wizard-self.

As for his personal life, Daniel has been in a long term relationship with actress Erin Darke since 2013 after meeting on the set of Kill Your Darlings. Emma has proven to be very much like her character Hermione in more ways than one, with the stunning actress working around her busy schedule to attend Brown University for her English Literature degree.

She has also been incredibly prominent in the fight for feminism and equal rights on a global scale, acting as an activist with particular involvement in the HeForShe campaign.

In 2017, Emma turned into a slightly different version of Hermione once more when she was perfectly cast as Belle in Beauty and the Beast remake and we saw her love of books return to the big screen.

Throughout the pandemic Emma has taken a step back from social media, with both her Instagram and Twitter mostly dormant. After his time in the Wizarding World, Rupert headed very much in a TV direction, appearing in multiple shows including Snatch, Sick Note and currently Servant.

He previously revealed in an interview with Esquire that he would go back to Harry Potter if everyone else wanted to do it too, but he said he "couldn't imagine it".

After a very busy time on stage, he said that once he moved to theatre, he started to get a bit of the love back for the industry.

Just last year Rupert announced that he became a father with his girlfriend Georgia Groome, who he had been with since 2011.

Mostly known from Angus, Thongs and Perfect Snogging, many fans were shocked to hear that the pair were a couple after they kept their romance under wraps for years, but they now live happily with their 1-year-old daughter.

Katie Leung was just 16 when she first appeared in Harry Potter and the Goblet of Fire as she became Harry's first major love interest in the series, but what did she do after?

Having appeared in the latter of the Harry Potter series, she went on to film numerous shows and movies in the years that followed, including Locked Down, released earlier this year. The Scottish actress has taken part in plays, films and TV shows as part of her acting career, and was nominated for an impressive award at the MTV Movie Awards in 2008 for Best Kiss in Order of the Phoenix.

More recently, Katie has put her energy into fighting social injustices and educating people through her Instagram on various matters.

Her followers have showered her with support in the years that followed her Harry Potter debut, and her online presence is one of the many things that results in a lot of fan love. Tom Felton is one of the few actors from the series who constantly references his time as Draco Malfoy through social media and fan interaction.

He has certainly kept busy in the years that followed the popular series, with roles in the likes of The Flash, Braking for Whales and The Forgotten Battle.

Tom has become increasingly popular on TikTok as he shares various clips about Harry Potter and impersonations of his love-to-hate character. 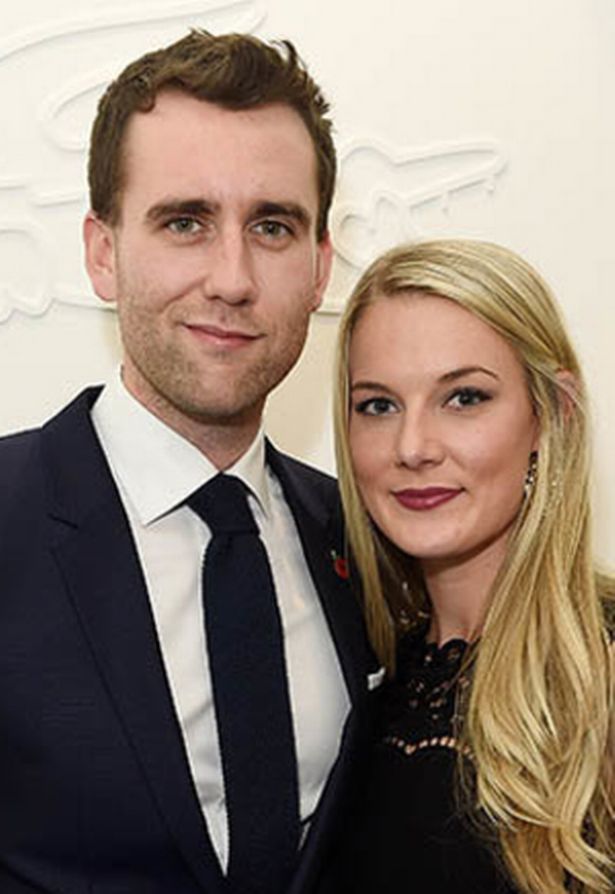 Matthew Lewis won the nations' hearts as Neville Longbottom, but it seems his character was very similar to the actor himself.

He said: "It's easier when I can play someone completely different, like a police officer in London or someone who's wealthy."

Matthew has appeared on screen various times since his debut, including films Me Before You and Baby Done, while taking part in TV series including All Creatures Great and Small, and Girlfriends.

He shot back into the spotlight a few years back when he unveiled an impressive body transformation, showing off his rippling muscles.

And in 2018, the star married his partner Angela Jones in an Italian destination wedding. Evanna Lynch, much like her character, has certainly stepped more towards activism after her time on Harry Potter, but she hasn't landed too many big acting roles in the years that followed.

She has also made her own podcast, The ChickPeeps, focusing on veganism.

Speaking on the Talking Tastebuds podcast, she previously said: "I think I over blew it, I think I thought, 'Great, this is me set for life, this is my career'.

"I didn't think it should be as hard to be an actor as it actually is."

Although it hasn't been as easy for her to find her way into large films, she did appear on Dancing with the Stars in 2018, landing third place – even doing one dance to Hedwig's Theme.

Bonnie chose to go into more than just acting after her Harry Potter debut, and although she has continued acting, with one of her recent works including the remake of A Christmas Carol (2018) she has embarked on a modelling career.

In 2019 the beauty was seen stunning in a swimwear campaign in material made out of plastic bottles, which immediately saw fans fawn over her.

She currently boasts 3.3million followers on Instagram and has remained popular as ever over the last few years.

As she gets further involved with activism, her main focus has certainly been environmental. James and Oliver Phelps have remained as hilariously witty as they were on the show and they have continued working together for other projects.

They probably have one of the best stories going into Harry Potter, as the pair reportedly had absolutely no acting experience, but skipped school anyway to attend an open audition.

After successfully landing the role, they continued in their acting career and have worked on projects together, including podcasts and stage performances. Although he only featured for one movie, Robert Pattinson left a Cedric Diggory-shaped hole in viewers hearts as he was tragically killed in the wake of Lord Voldemort's return.

His acting in the series might have been cut short, but his career certainly took off afterwards.

Playing the role of Cedric in 2005 later saw him land Twilight, with the first film being released in 2008, he has now been confirmed as Batman in the 2022 film 'The Batman'.

Pattinson has a staggering net worth of $100million (£72million) following his successful career.