Halseyis honoring her late friend Juice Wrld the best way she knows how.

During her Pandora Live concert in Brooklyn on Tuesday night, the “Graveyard” singer honored the late rapper by performing their “Without Me” remix, released in January. Before performing the song, the 25-year-old star gave an emotional message to the audience.

In a video shared by an audience member, Halsey is heard dedicating the song to her friend, who died on Sunday at the age of 21. “The remix of this song is the better version of this song,” she told the crowd. “And I think everybody knows that deep down inside. But I really want to play it tonight for him.”

As the musician continued, “So, while we have every single one of us together in one place, I just wanted to take a moment to remind you guys that life is short. We should appreciate every single moment that we have together.” Before she began to sing, Halsey made a special request. As she said, “Promise me to sing along loud?”

The song served as her show’s finale. Another video shared by the same audience member shows confetti falling from the ceiling as Halsey slows down the pace of the last few lines, her hands stretched up above her head.

The audience sang along as the song closes, and then the singer thanked them all and makes her way off stage.

It was a fitting tribute for the late rapper, and clearly an emotional moment for Halsey. 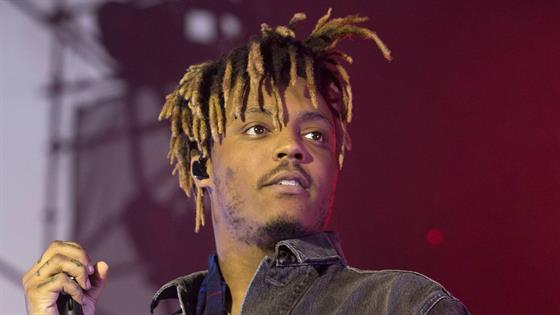 Juice Wrld died on Sunday, Dec. 8, after suffering a seizure following a flight from California to Chicago. The cause of death is still under investigation.

The “Nightmare” singer reacted to her friend’s death on Instagram on Sunday.

Sharing a photo of her and the late star, Halsey wrote, “Sweet boy. The fastest brain in the game. Your creativity, endless. Immortal. Rest in power. I can’t even explain the sadness.”