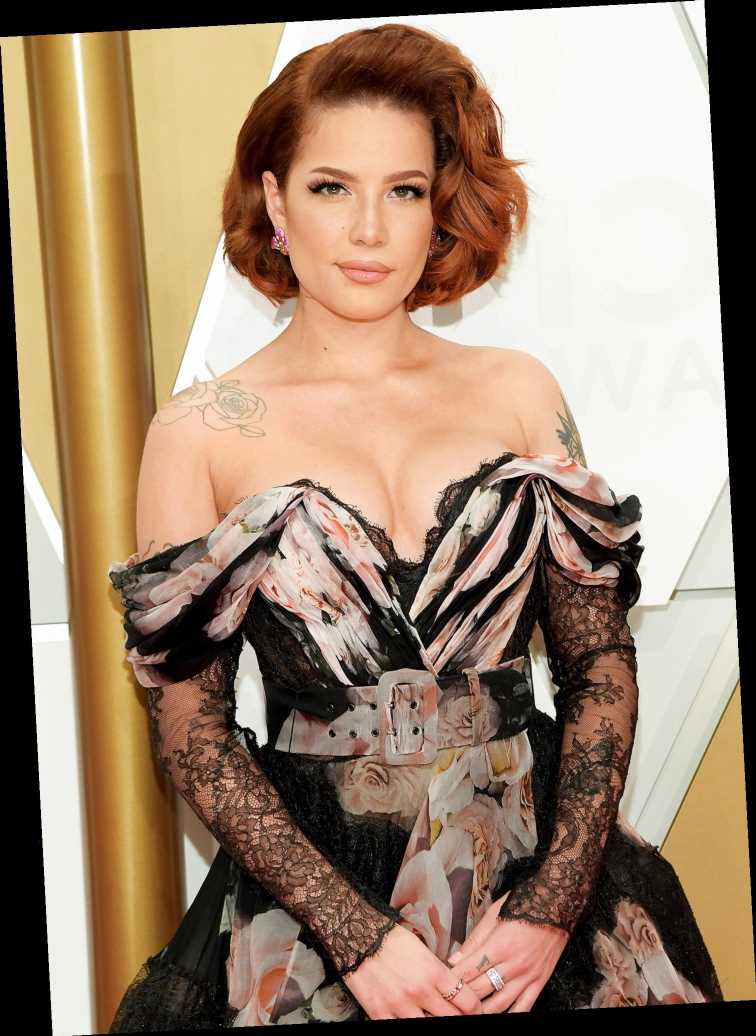 Halsey is giving fans an update on their preferred pronouns after updating their bio on social media.

On Monday, the singer, who is currently expecting their first child with boyfriend Alev Aydin, posted on their Instagram Story to clarify which pronouns they prefer after receiving questions about their updated bio.

"For those asking RE: my updated IG bio, I am happy with either pronouns :)," the "Without You" artist wrote. "The inclusion of 'they', in addition to 'she', feels most authentic to me."

"If you know me at all you know what it means to me to express this outwardly," Halsey continued. "Thanks for being the best ⭐️" After changing their pronouns, the singer showed their appreciation in an Instagram Story post with a simple "Thank u," followed by a red heart emoji.

Many flocked to social media to show their support for the "You Should Be Sad" hitmaker, with one writing, "Seeing halsey change her pronouns to she/they and seeing people be so so happy that they share pronouns with someone who is so important to them and holds so much influence is so🥺🥺🥺🥺 u all are so valid I'm so proud of u :,)."

Tweeted another, "Halsey using she/they pronouns really warms my heart. people do not understand how easily u can make someone feel invalidated just with simple words. Seeing a person i look up to a lot coming out with the same pronouns as [me] is very comforting tbh <3." Halsey recently mused about "perception of gender" on social media in light of their pregnancy.

"I've been thinking lots about my body. It's strange to watch yourself change so quickly," wrote the "Graveyard" singer. "I thought pregnancy would give me very strong, binary feelings about 'womanhood' but truly it has leveled my perception of gender entirely."

"My sensitivity to my body has made me hyper aware of my humanness and that's all," Halsey continued. "Doing a remarkable thing. And it's grand."

They then concluded, "I hope the feeling lasts. I cook a lot, sleep even more, and read lotssss of books. I miss my family. And you guys too! 🧚🏼‍♂️ bye for now."

The musician — who opened up earlier this month about how they "tried very hard" for their baby on the way, who "was 100% planned" with Aydin — has been outspoken about their struggles with reproductive health.

Back in 2016, they revealed during a Rolling Stone interview that they had become pregnant the year prior — just before their career launched — but suffered a miscarriage directly ahead of a show. The artist still went ahead with the performance.