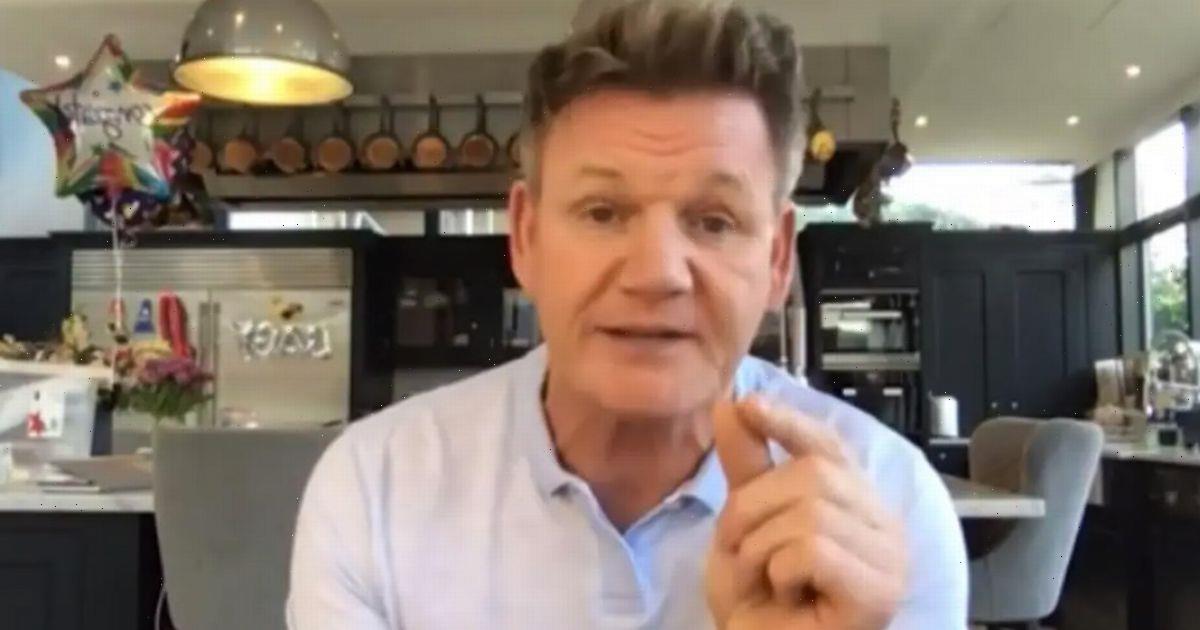 Gordon Ramsay was hoping to pull off a hilarious drive-through prank while travelling on the road but fans were not impressed with the celebrity chef for wasting food.

The 54-year-old, who owns multiple Michelin-starred restaurants, explained that he likes to have fun while on the road which seemed to involve winding up takeaway staff.

Captioning the snippet of himself in action, he penned: "Sometimes I get bored on the road… So I decided to have some fun at the drive-thru and met Harry Snotter!"

In the footage Gordon pulls into a drive-through Starbucks to order a light bite, without the staff knowing who he is.

He asks staff via the speaker: "Do you have any of those amazing toasties? Is that the ham and cheese Jamie Oliver toastie from the Shell garage?"

Knowing full well that the breaded item didn't contain certain items, he asked: "Does it come with tomato?" before asking: "Is it French or English mustard?"

The service person explained it was "American" mustard to which Gordon chirped back: "I'm allergic."

Almost giving the gig up, Gordon wanted to know if they did takeaways.

The front of house worker, who was now laughing, joked that that was all that they had on offer.

After the sandwich was handed to him, it was obvious he had been rumbled as the clerk at the counter began to chuckle.

Having some fun, Gordon pulled the goods apart, moaning that it had only been toasted on one side.

Now with stringing cheese covering his hands, he joked: "It looks like something out of Harry Snotter," before driving off.

While fans loved the tongue in cheek exchange with staff, they weren't amused by his next move that saw him pull up to a bin and chuck away the unwanted toastie.

One online user added: "Chef, you wasted what would have been yummy food for someone who is food deprived."

Another agreed: "Love it but binning food that someone could have eaten…"

A third message read: "Could have left the food waste part out."

While others remarked: "Oh no give it to someone who need some food Gordon."