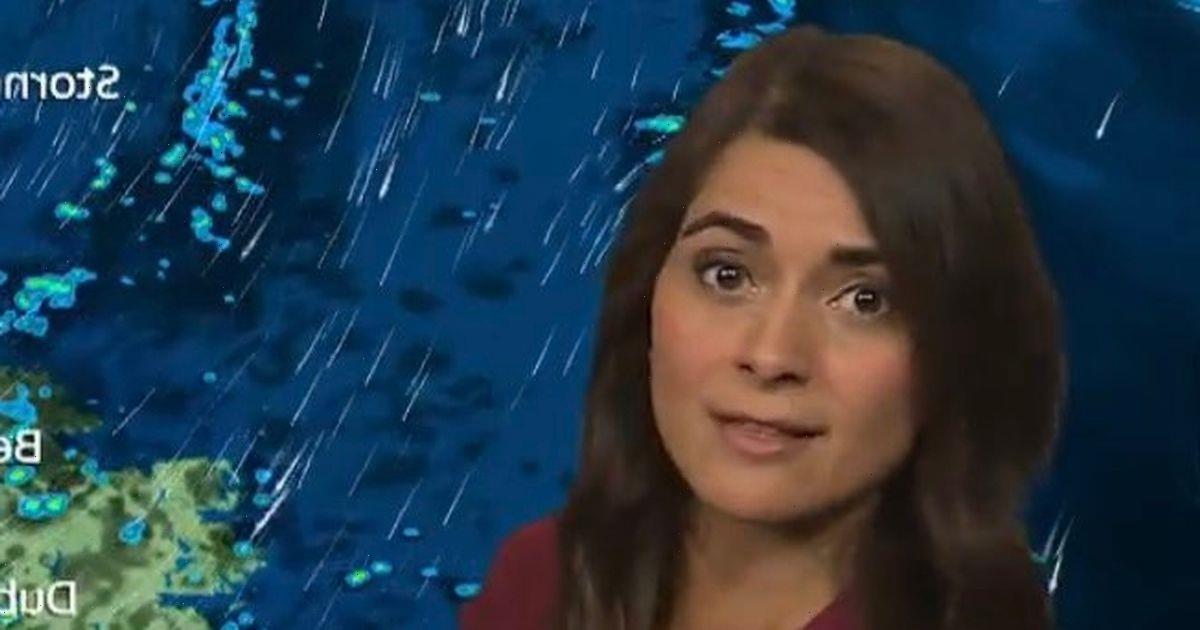 Good Morning Britain's Lucy Verasamy was full of smiles as she took to the hairdresser's chair before filming for a glam transformation.

The 40-year-old weather expert still found time to get glam even though she is currently on the road touring the UK while meeting farmers as part of a new ad campaign.

Before the cameras began rolling, Lucy looked to her glam squad for help with last-minute preparations as the weather turned turbulent.

Keeping sheltered under an open marquee, the meteorologist decided it was business as usual as a stylist got to work twirling straightening irons through her raven locks.

Going for a different hairdo than usual, Lucy's tresses had been neatly swept away from her face in a half-up, half-down style that also featured big bouncing curls.

In the backstage image, the TV star was bundled up in a thick quilted jacket that boasted an enormous fur hood.

Keeping it cool and stylish, she rocked a dark and oversized pair of designer sunglasses as she struck up a pose.

Adding a caption to the two hair transformation pictures, she penned: "Outdoor filming the last few weeks – shivering but smiling.

"Might just get the hairdryer out to try and warm up."

Soon after posting the stunning snaps, Lucy was met with comments from an army of fans who couldn't wait to share a few pleasantries.

One person chimed: "What a wee stunner."

Another gasped: "Lucy you're so beautiful."

Lucy's filming buddy Chris Baber, who is also touring England with her, asked: "Can I borrow some fancy hair spray please?"

Without hesitation, she hit back: "Mitts off the @Oribe!"

Chris added: "Not my fault. Smelt good when I washed my hair that night."

Lucy and Chris have teamed with ITV and high street retailer Marks and Spencer, revisiting their Fresh Market Update series from 2019.

Speaking about the project, the starlet previously said: "Over the next few months I'll be travelling the length and breadth of the British Isles from the north of Scotland, right down to Jersey, meeting the farmers and the growers of M&S fresh food, with one question on my mind… why do M&S believe that their food is not just any food?"