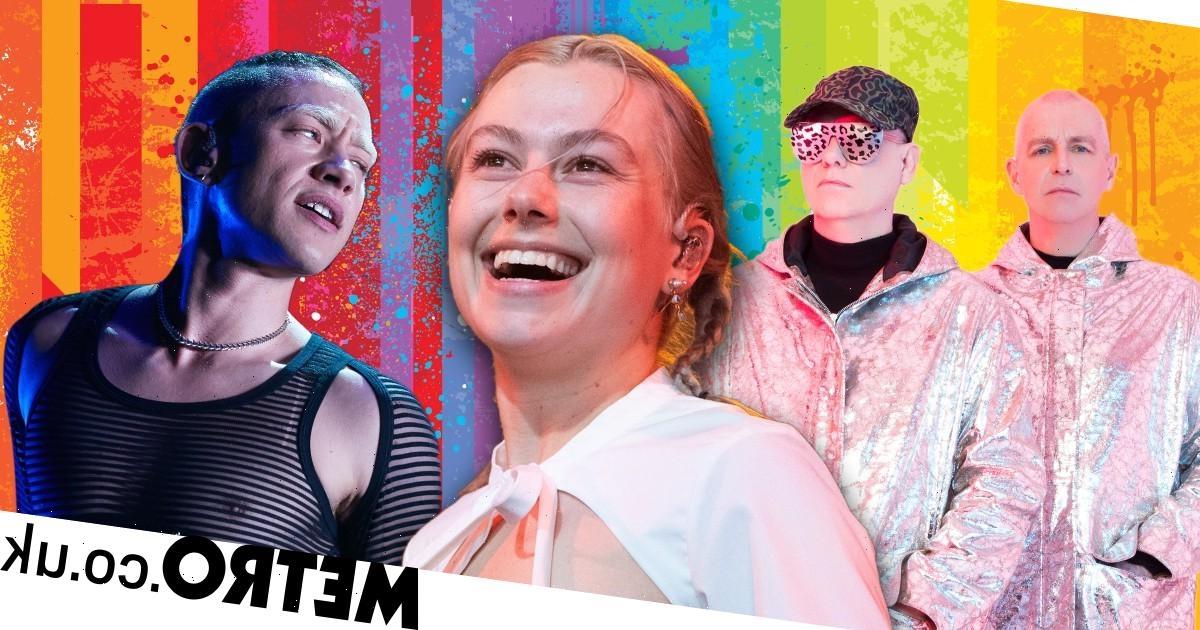 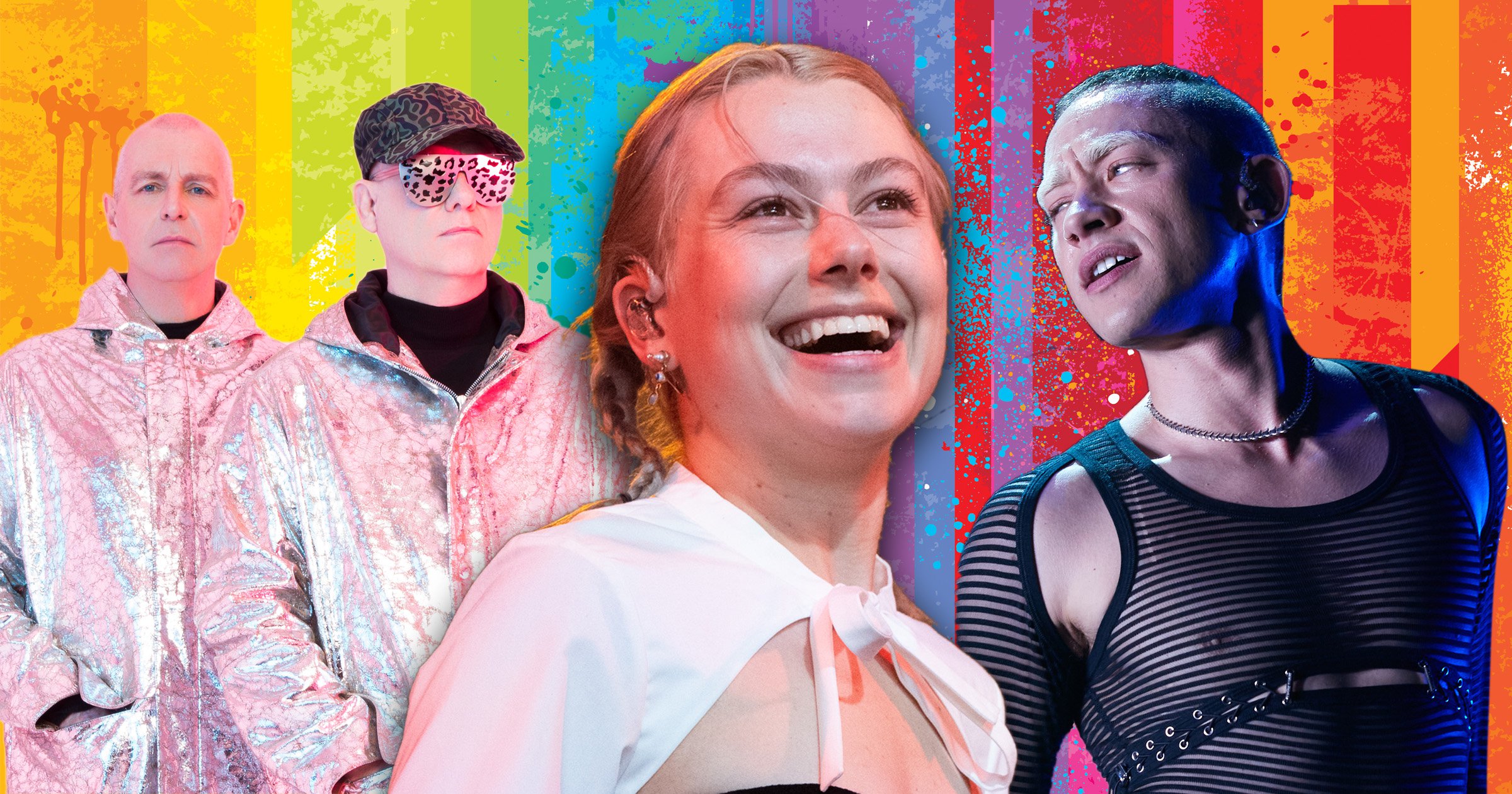 Glastonbury 2022 is finally here, it is magnificent, and we even got the weather for it.

As thousands descend upon Somerset for the massive annual affair, some of the biggest names in the industry are preparing to perform for massive crowds.

From Billie Eilish to Diana Ross, Paul McCartney to Fleetwood Mac and even a rumoured secret show by Green Day, this year’s event looks set to be bigger and better than ever.

The annual festival is gloriously coinciding with Pride month, with many revellers likely to have only a few days’ break after the festival before celebrating at the many Pride events due to take place across the UK in the coming weeks.

But there are plenty of LGBTQ+ artists performing at this year’s music festival – so why not kick off the celebrations a little early?

Kicking off the list of some of the best LGBTQ+ acts at Glastonbury this year has to be the absolutely iconic Olly Alexander, aka Years & Years.

Once a five-piece band, Years & Years has become Olly’s solo project alongside his career as an actor, having shattered hearts across the UK and beyond through his role in Russell T Davies’ incredible It’s A Sin.

Olly helped ring in the new year with a class performance on BBC One, with the singer taking it as a compliment that he received complaints for the show being too sexy – so there’s lots to look forward to at Glastonbury.

The absolute legends that are the Pet Shop Boys are set to bring their genuinely joyous sound to Glastonbury in a show that is not to be missed.

Not that the iconic band needs an introduction, but the duo – made up of Neil Tennant and Chris Lowe – shot to fame in the 1980’s with major hits including It’s A Sin, which became a gay anthem and reflected Neil’s time growing up Catholic.

Neil publicly came out in 1994, and gained a tremendous gay following for both embracing LGBT+ visibility and, naturally, for their absolute bops.

St Vincent, aka Annie Clark, is set to kick off Glastonbury festival with a show on the Other Stage on Friday.

The icon, who doesn’t label her sexuality but believes ‘you can fall in love with anybody,’ released her sixth studio album, Daddy’s Home, in 2021, for which she won a Grammy for the best alternative music album.

Indie musician St Vincent is absolutely adored by her fans, and her set will see performances of the likes of Birth in Reverse and Digital Witness.

Phoebe Bridgers is both a cult and a queer icon, and she’s not to be missed at this year’s Glastonbury festival.

The Motion Sickness singer, who is bisexual (and currently dating Normal People legend Paul Mescal) is guaranteed to draw huge crowds with fan favourites such as Kyoto and Garden Song.

She previously spoke about coming out to her mother, which she initially didn’t take well and it caused a ‘rift’ between them – but mum Jamie has now ‘fully embraced everything.’

Modern emo icon Yungblud has carved out a massive career since bursting onto the scene in 2017.

The Memories rocker publicly came out as pansexual in an interview with Attitude in 2020, proudly stating ‘my sexuality is mine and I’m proud of it.’

Recently, the star painted rainbow colours on the streets of Warsaw to keep a promise to a Polish fan branded her native country ‘the most homophobic I’ve ever seen’ and wished she could see the pride colours there.

In a video, he told fans: ‘Never, ever, be ashamed to be who you are. I promise you we’re winning, even if they don’t see it yet. Be proud of who you are.’

Yungblud, real name Dominic Richard Harrison, has gone from strength to strength in his career, being nominated for a Brit award in 2021, and will rock out at Glastonbury on Saturday.

Yungblud will play the John Peel Stage at 9pm on Saturday, June 25.

Marie Ulven, who performs under the name Girl In Red, has become an icon for queer women across the globe, and for good reason.

The singer-songwriter pens vulnerable, heartlorn lyrics that young queer women can relate to in a way much mainstream music doesn’t allow – but there are plenty of bangers in the back catalogue too.

Marie, who identifies as queer, will bring her incredible presence to the stage on Friday where fans can expect to hear her breakthrough track I Wanna Be Your Girlfriend as well as her many other hits.

The American-Canadian singer, songwriter and composer, who married husband Bjorn in 2012, is a must-see for anyone interested in something a little different.

Having previously written two classical operas and created an album made entirely of adaptions of Shakespeare’s sonnets, there aren’t many acts that can match the musician in terms of both skill and genre.

Sean Bowie, aka Yves Tumor, has a dedicated cult following that is quickly growing.

The American musician and producer is renowned for their experimental music and vulnerable lyrics set to upbeat, desperately catchy tunes guaranteed to make you want to dance.

Yves, who released latest album Heaven to a Tortured Mind in 2020, is non-binary and uses both masculine and they/them pronouns; in an interview with Pitchfork they said they ‘drop hints in the way I express myself, instead of making my gender or my sexuality or my feelings about equality my personal brand.’

Yves will play the West Holts Stage at 4.15pm on Saturday, June 25.

The LGBTQ+ acts at Glastonbury 2022

This year marks 50 years of Pride, so it seems only fitting that Metro.co.uk goes above and beyond in our ongoing LGBTQ+ support, through a wealth of content that not only celebrates all things Pride, but also share stories, take time to reflect and raises awareness for the community this Pride Month.

And we’ve got some great names on board to help us, too. From a list of famous guest editors taking over the site for a week that includes Rob Rinder, Nicola Adams, Peter Tatchell, Kimberly Hart-Simpson, John Whaite, Anna Richardson and Dr Ranj, we’ll also have the likes Sir Ian McKellen and Drag Race stars The Vivienne, Lawrence Chaney and Tia Kofi offering their insights.

During Pride Month, which runs from 1 – 30 June, Metro.co.uk will also be supporting Kyiv Pride, a Ukrainian charity forced to work harder than ever to protect the rights of the LGBTQ+ community during times of conflict, and youth homelessness charity AKT. To find out more about their work, and what you can do to support them, click here.

Next post ‘The Late Late Show’: James Corden Brings Show Back To London, Takes A Break With President Biden & Carpool Karaoke With Lizzo