If you tried to rank every album by The Beatles, you’d find the most agreement at the top of the list. When fans, critics, musicians, and Paul McCartney himself weighed in on the Fab Four’s best work in the past, Sgt. Pepper’s Lonely Hearts Club Band (1967) has often claimed the top spot.

That choice makes sense for a number of reasons. For starters, it’s the album with “A Day in the Life,” a consensus pick for greatest Beatles song. Meanwhile, Sgt. Pepper’s topped the list of “500 Greatest Albums” when Rolling Stone polled musicians, experts, and industry types on the subject.

But in 2011 Rolling Stone tried it a different way: They simply asked readers to name their favorite Beatles album. And in that poll Sgt. Pepper’s didn’t make the same splash. (It landed in fourth place.) Both Abbey Road (1969) and The White Album (1968) came in ahead of Pepper.

The 1966 Fab Four album that topped the list (and many others) was the one that represented the breakout for George Harrison as a songwriter. It featured the highest percentage of Harrison songs on any Beatles release. 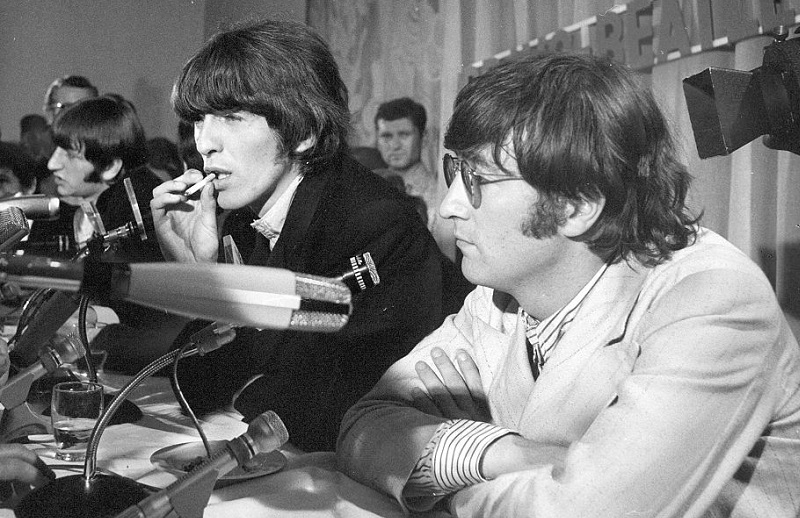 RELATED: The Beatles Song John Lennon Said Was Written to Give George Harrison ‘a Piece of the Action’

If you run down every Beatles album by songwriter, you see some interesting things. In the beginning, when Paul and John Lennon wrote almost every Fab Four original, it was “Lennon-McCartney or bust.” But that started to change as George’s songwriting talents developed.

After landing one song on a few early albums, George began hitting his stride in 1965. On Rubber Soul, the Beatles’ late ’65 release, George had two songs, including the Byrds-inspired “If I Needed Someone.” And on ’66’s Revolver George exceeded that output.

When Beatles fans dropped Revolver on their turntable, they found three tracks bearing the “Harrison” credit along with the typically high count of Lennon-McCartney songs. (Only the four-sided White Album had more). And you can’t discount the placement of “Taxman,” the opening track on the album.

“I thought that George’s strongest song on Revolver was ‘Taxman,’ and [producer] George Martin must have agreed,” Beatles engineer Geoff Emerick wrote in Here, There and Everywhere. “[Martin] decided to put it first on the album — the all-important spot generally reserved for the best song.” And George’s “Love You To” and “I Want to Tell You” followed. 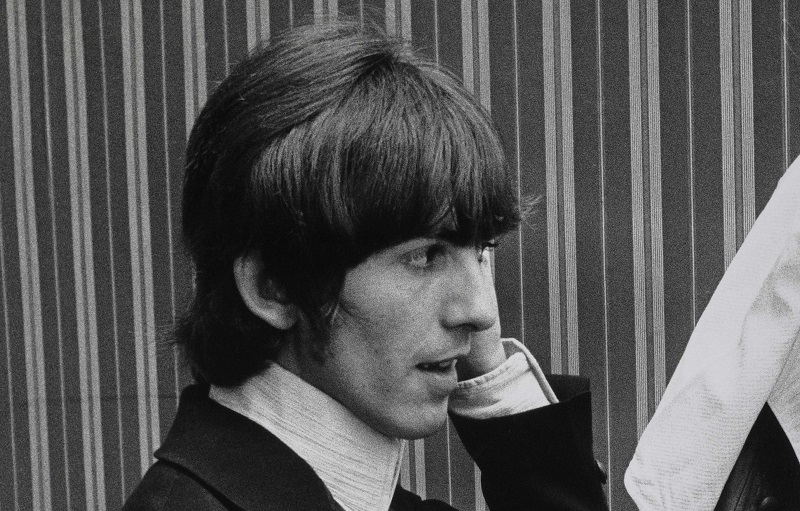 As George hit an early creative peak, John and Paul delivered numerous brilliant tracks of their own. In Paul’s corner, “For No One” and “Here, There and Everywhere” rank among his finest compositions. (Paul threw in “Eleanor Rigby” and “Good Day Sunshine” for good measure.)

Revolver also featured John’s fine work in psychedelic rock. Between “I’m Only Sleeping” and “She Said, She Said,” listeners got a feel for how LSD’s influence on The Beatles might sound. And the closer, “Tomorrow Never Knows,” hammered the point home.

The Fab Four didn’t stop there. If you liked innocent Beatles songs, Ringo led a singalong on “Yellow Submarine.” For those who liked hearing the band dig in on guitar, “And Your Bird Can Sing” featured the sort of riff that got the kids playing.

Altogether, Revolver represented a diverse collection of Beatles songs (one of George’s was an Indian track) without the excess of The White Album or the unevenness of Sgt. Pepper. And it featured the most George Harrison for a fans’ buck. No wonder so many consider it the best Beatles album.

RELATED: How Ringo Starr Came Up Big on the Greatest Beatles Song of Them All