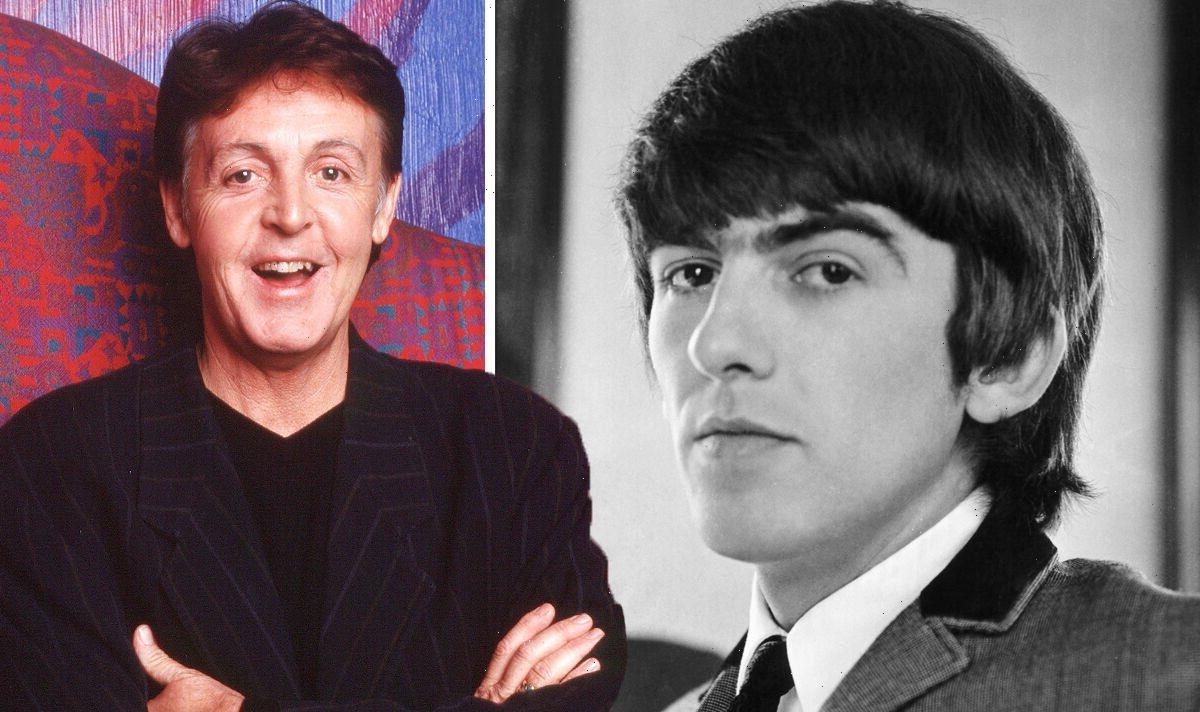 Antiques Roadshow: Letter to a fan from George Harrison valued

Despite the fact George Harrison was known as The Quiet Beatle, he was perhaps one of the most outspoken members of the band. There is no better example of this than during the filming and recording of the band’s final album, Let It Be, where he (briefly) quit The Beatles after becoming frustrated by Paul McCartney and John Lennon’s dismissal of his opinions. After that, he wrote a scathing track, Sue Me, Sue You Blues, aimed directly at McCartney and his hellish treatment of the songwriter to really hammer the point home. But the star’s aggression was once extremely useful to the Hey Jude singer.

Harrison was granted a couple of songs for The Beatles’ sixth album, Rubber Soul. The 1965 record included such iconic Fab Four hits as Drive My Car, Nowhere Man and I’m Looking Through You. But Harrison also submitted a sharp-tongued track on side one of the album.

He wrote and recorded Think For Yourself for the album, showing off just how brutal he could be when he wanted to.

The harsh track opens with the vicious lyrics: “I’ve got a word or two / To say about the things that you do / You’re telling all those lies / About the good things that we can have / If we close our eyes.”

Looking back on his song, Harrison recalled that Think For Yourself was actually penned with some fury in mind.

Harrison wrote about the track in his 1979 memoir, I Me Mine. He said: “Think for Yourself must be about somebody from the sound of it. But all this time later, I don’t quite recall who … Probably the Government.”

The Beatles star looked back on writing the music for the song, which involved McCartney beefing up the sound of his bass guitar with some never-before-used effects.

Harrison looked back: “Paul used a fuzz box on the bass on Think For Yourself. When [producer] Phil Spector was making Zip-A-Dee-Doo-Dah, the engineer who set up the track overloaded the microphone on the guitar player, and it became very distorted.”

Watch the first clip from The Beatles: Get Back

This groundbreaking new sound wowed Spector. He told McCartney: “Leave it like that, it’s great.”

Years later, Harrison said, the rest of the music industry attempted to recreate the sound built in his song, Think For Yourself.

He recalled: “Everyone started to try to copy that sound and so they invented the fuzz box. We had one and tried the bass through it and it sounded really good.”

Decades later, this song was used as an example of just how creative and innovative Harrison was during those early years of The Beatles.

Peter Doggett said in 2001’s The Beatles Diary that Think For Yourself was the “first sign” that he had a voice of his own.

That was, instead of relying on the songwriting prowess of the band’s featured creatives, McCartney and Lennon.

He added The Quiet Beatle’s writing was “every bit as cynical as Lennon’s about the trappings of everyday life, but holding out the study of the mind and the universe as a panacea.”

Although McCartney’s musicality was improved by Harrison on this occasion, the Beatle was later blamed as a hindrance for George’s creativity.

The I Me Mine writer later confessed that his run-ins with McCartney left him feeling extremely self-conscious about his writing and his guitar playing.

He said during an interview in the 1980s: I had no confidence in myself as a guitar player having spent so many years with Paul McCartney.”

He broken-heartedly added: “He ruined me as a guitar player.”