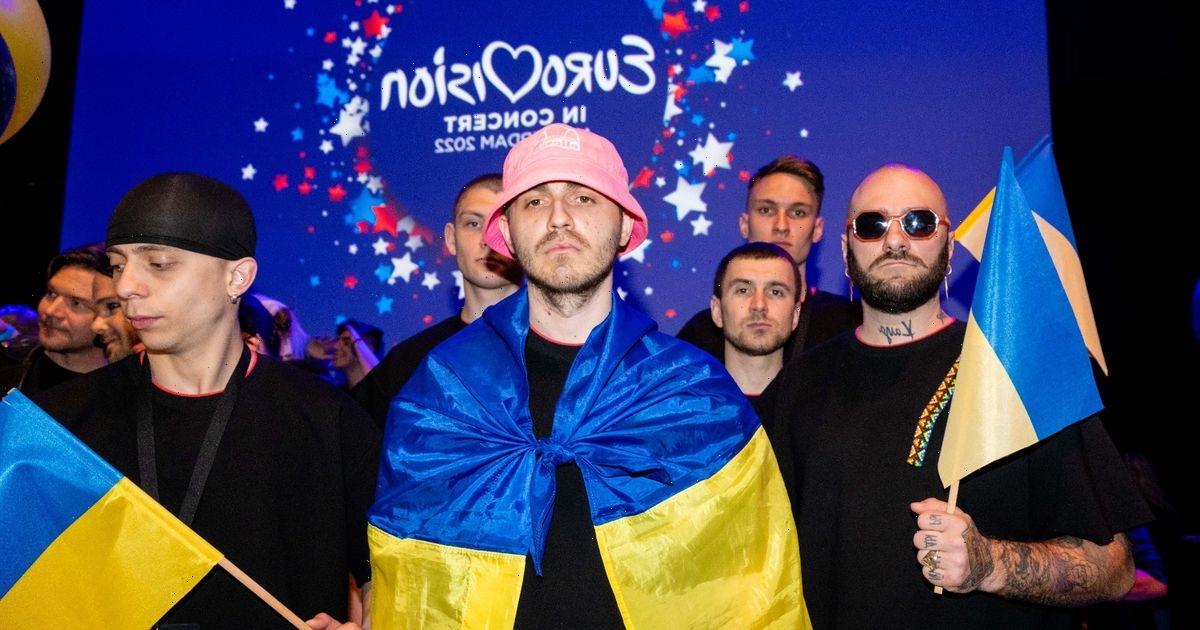 Ukraine have been the favourites to win Eurovision 2022 for months, but winning might cause the country some problems.

The nation has found overwhelming international support this year since Vladimir Putin invaded Ukraine and caused untold devastation to the country.

The Russian/Ukrainian conflict is ongoing, with Russia banned from taking part in Eurovision as a result.

If a country wins the contest, then traditionally they will host it the following year.

This may not be possible for Ukraine, as even if the war ends by then, the nation will still be dealing with the effects of it, emotionally, politically and financially.

It hasn’t stopped the nation from taking part though as the race their way to the top position.

Who is Ukraine’s act in Eurovision 2022?

Kalush Orchestra are Ukraine’s act in 2022, a four-piece band that have already proven to be immensely popular in the semi-finals.

The group is comprised of Oleg Psyuk, the founder and vocalist, Ihor Didenchuk, multi-instrumentalist, Kilimmen, DJ, and Johnny Dyvnyi on backing vocals.

They are a folk rap group that first formed in 2019.

The band is named after Oleg’s hometown, Kalush and they were signed on to a major American label the year they formed – Def Jam.

READ MORE: When is Eurovision? Date of final, who is hosting and who is UK entry?

What song are Ukraine’s act performing?

Kalush Orchestra will be performing the song Stefania.

The song was actually written by Oleg’s mother and the opening lyrics translate to: “Stephanie mother, mother Stephanie/The field blooms, and it turns grey/Sing me a lullaby, mother/I want to hear your native word.”

The song was not written in response to the conflict with Russia and was devised beforehand.

Despite the song not directly linking back to the way, some fans have pointed out one lyric that holds new meaning in light of it.

It reads: “I‘ll always find my way home, even if all roads are destroyed”.

What happens if Ukraine wins Eurovision 2022?

If Ukraine does win, it is extremely unlikely they will be able to host the show due to the ongoing conflict with Russia.

The most likely scenario is that one of the Big Five countries takes over hosting duties. These are the UK, Germany, France, Italy and Spain.

However, this has not been confirmed.

These countries automatically qualify each year and are some of the biggest contributors to the competition.

The European Broadcasting Union, the organisers of the event, have not released a statement on what would happen if Ukraine takes first place.

This situation has occurred before, as in 1980 Israel won the show but chose not to host it.

Instead, the Netherlands hosted the competition the following year.