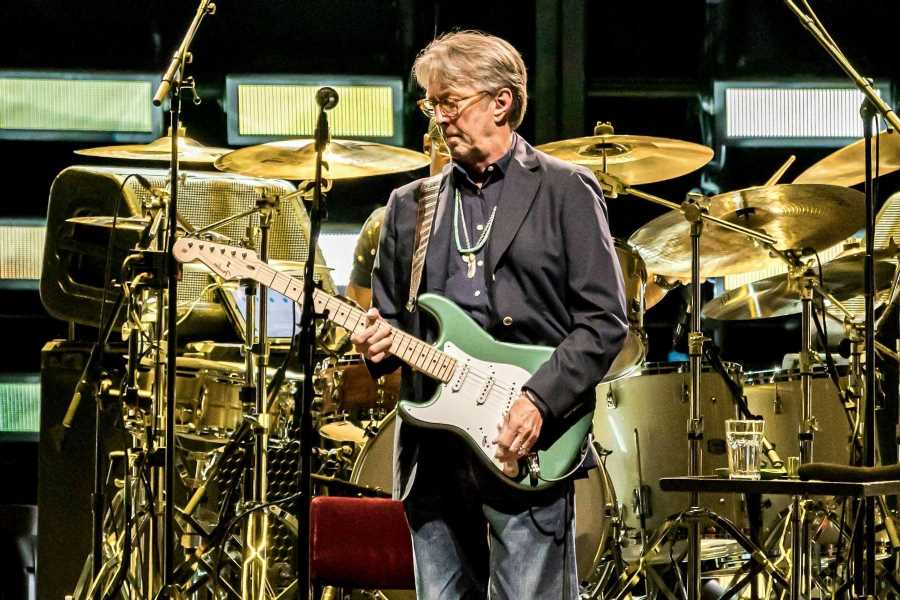 In what appears to be his latest salvo against Covid-19 vaccinations and the lockdown, Eric Clapton has surprise-released a new single, “This Has Gotta Stop,” with an accompanying animated video that also addresses climate change disaster.

A bluesy shuffle, “This Has Gotta Stop” appears to reference some of the medical issues that Clapton said he experienced after receiving an AstraZeneca vaccination earlier this year with what he claimed were “disastrous” results: “My hands and feet were either frozen, numb or burning,” he wrote at the time. As he sings in “This Has Gotta Stop,” “I knew that something was going on wrong/When you started laying down the law/I can’t move my hands, I break out in sweat/I wanna cry, I can’t take it anymore.” In the chorus he sings, “This has gotta stop/Enough is enough/I can’t take this BS any longer.”

Corey Taylor 'Out of the Woods' After Positive Covid Test, Urges People to Get Vaccinated

The 30 Sexiest Music Videos of All Time

Written by Clapton, the song features drummer Sonny Emery and longtime Clapton bassist Nathan East, and backup singer Sharon White, and was produced by Simon Climie, another part of Clapton’s team. A spokesperson for Clapton said there were no plans at the moment for a full album to follow.

The video includes images of people turned into marionettes or staring zombie-style at their phones; politicians or government officials addressing crowds; and others holding signs that say “Liberty” and “Enough Is Enough.” It also includes an illustration of Jam for Freedom, the anti-lockdown UK street-performer group that Clapton supports, as well as imagery of a world on fire from environment disaster.

Starting with “Stand and Deliver,” his recent collaboration with Van Morrison, “This Has Gotta Stop” ties in with Clapton’s recent and controversial comments about the pandemic lockdown. In July, Clapton announced he would “not perform on any stage where there is a discriminated audience present.” Clapton’s U.S. tour, which is confined to mostly indoor arenas in the South, is scheduled to start Sept. 13 in Fort Worth, Texas, before wrapping up Sept. 26 in Florida.