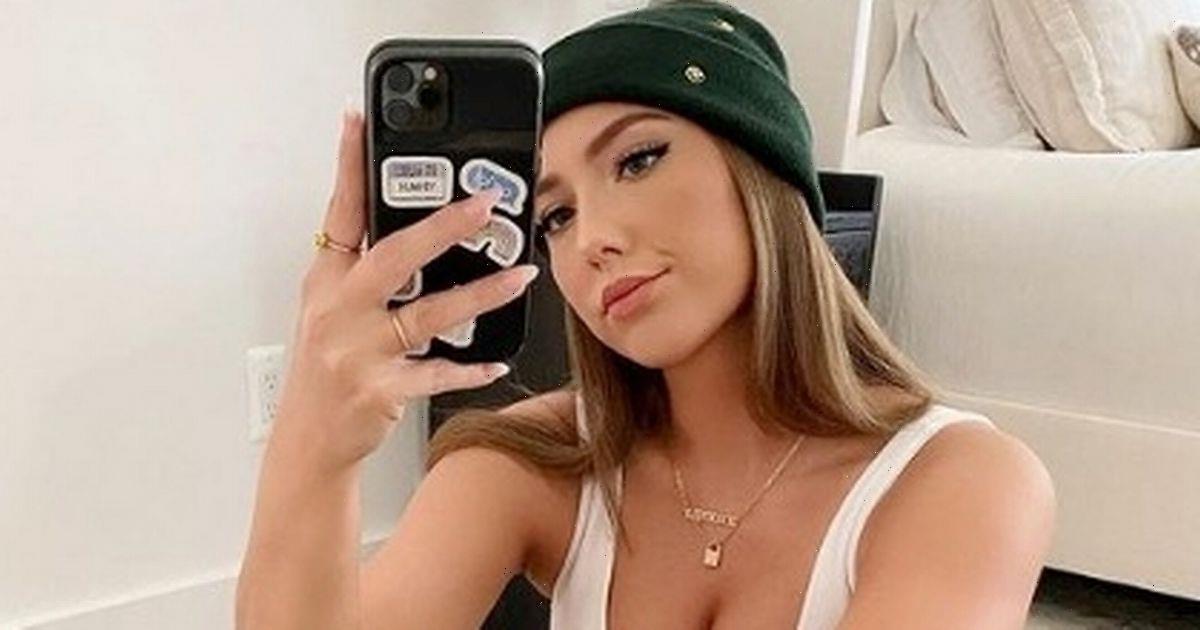 Eminem's daughter Hailie Mathers has took to Instagram to share a scorching hot snap with fans, sending them wild as she struck a pose with the bedroom display.

In the snap, Hallie sat on the floor with her legs crossed while wearing a tiny pair of denim shorts and a racy crop top while flashing a glimpse of cleavage in the low plunging item.

The 25-year-old bombshell seemed to pay tribute to her rapper dad as she donned a beanie hat to complete her attire.

Accessorising her look, she popped on a pair of immaculate white lace-up trainers and some gold jewellery.

Striking up a stunning pose, she captured the mirror selfie using her smart phone.

Captioning the display, she penned: "Heard pumpkin spice was back so it's only fair that beanies come out now too, right?! "

Fans swooned beneath the post telling Hallie that she looked "beautiful" and "amazing".

While other online users were keen to understand if her mum Kim was ok after TMZ reported she had been hospitalised after attempting suicide.

One fan wrote: I hope you're doing good, though tough times, right?!

Another concerned fan penned: "Is your mom doing ok?" as a fourth added: "I know you miss your mom."

According to the publication, police and emergency services responded to a call regarding a 46-year-old suicidal person at Kim's Michigan home.

Deputies were called in because medics were unable to assess the situation due to "combative and violent" behaviour.