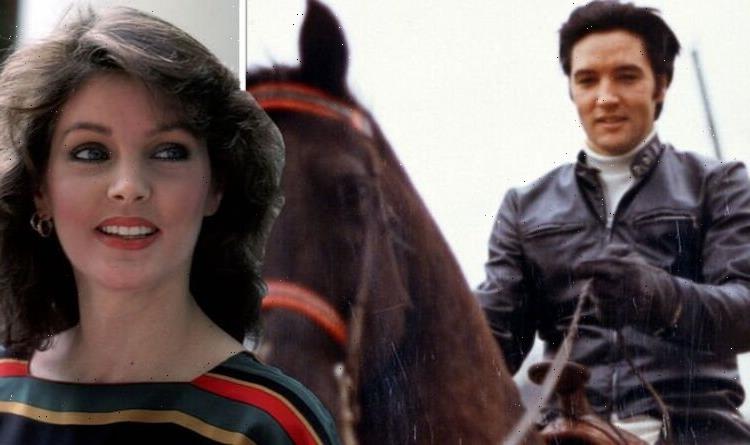 Elvis Presley stars in trailer for Double Trouble in 1967

In the summer of 1967 – just after Elvis Presley had married Priscilla Presley on May 1 – the King bought a ranch. He named it the Circle G Ranch, and as a born-and-bred Mississippi local, he was keen to fill it up with all kinds of animals. At some point along the way, he purchased two horses, one for himself, who he named Rising Sun, and one for his wife, who he named Domino.

The couple reportedly went on frequent romantic horseback riding dates across the ranch, where the newly-married pair would enjoy the sun, each other’s company, and indeed the company of the animals. But one fateful day Elvis’ horse, Rising Sun, lashed out.

The horse was usually extremely well-behaved for the King of Rock and Roll, who knew how to ride and discipline his animals. But on this particular occasion, Rising Sun was spooked by something on the ranch, resulting in him bolting at full speed away – with Elvis still on his back.

Being the skilled horseman that he was, Elvis managed to get Rising Sun under control once again. And while this situation may have scared a number of riders, it only made him furious. Not only had Rising Sun disobeyed him, but he had also embarrassed Elvis in front of Priscilla, whose horse had remained calm throughout the ordeal.

Once Elvis had reunited with Priscilla and calmed Rising Sun down he leapt off the horse in a vicious rage.

According to an eyewitness at the time, the angry Elvis “jumped off the horse and literally punched him in the face”. (Via Neatorama)

It is not known if Rising Sun reacted to this attack, but he survived the ordeal. Elvis and Priscilla brought their date to an abrupt end and didn’t return to the ranch for a little while after that.

Rising Sun, on the other hand, wasn’t too bothered.

Rising Sun lived a long and happy life, and spent most of his time in the house made for him by Elvis. The horse’s barn was called The House of the Rising Sun. But his favourite horse was not the only feud he had with animals throughout the years.

For some time, Elvis had a peacock on the grounds of Graceland, but it quickly started making a nuisance of itself.

The peacock began attacking and damaging cars while roaming around the outside of the house. Eventually, Elvis had had enough of the large bird. He gave it away and banned the grounds from having any large birds there again. Throughout the years Elvis also filled his ranch and home with dogs, small birds, monkeys, goats and turkeys.