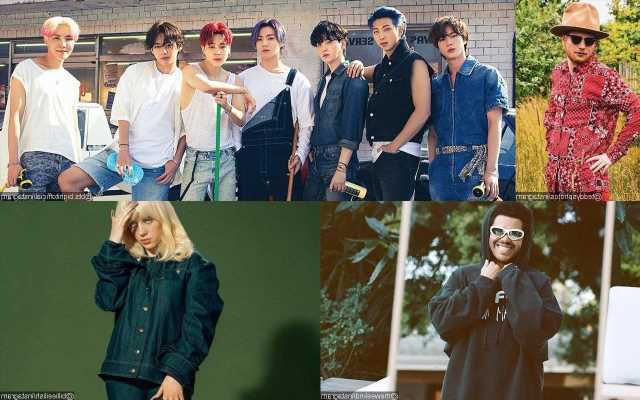 AceShowbiz –Ed Sheeran, BTS, The Weeknd, and Billie Eilish are among the superstars set to take part in a 24-hour Global Citizen Live charity special.

Other guests unveiled as part of the initial announcement include Hugh Jackman and his wife, actress Deborra-Lee Furness, with more big names expected to be added on 6 August (21).

Global Citizen Live will be broadcast largely live on 26 September – a stark difference to the remote performances staged during the height of the COVID-19 pandemic last year (20) – with artists and guest speakers engaging with in-person audiences across six continents, in cities including New York, Paris, France, and Seoul, South Korea.

The event will serve as the non-profit organisation’s biggest to date, with organisers aiming to raise awareness and funds to support efforts to end extreme poverty, climate change, and vaccine inequity across the world, reports Variety.

Global Citizen bosses most recently recruited Jennifer Lopez, H.E.R, Foo Fighters, Eddie Vedder, and J Balvin to hit the stage in New York’s Central Park for VAX Live: The Concert to Reunite the World, which was hosted by Selena Gomez.

During the show, stars called on world leaders to work together to help end the COVID-19 pandemic by improving access to testing facilities and vaccinations to those in poverty-stricken nations.