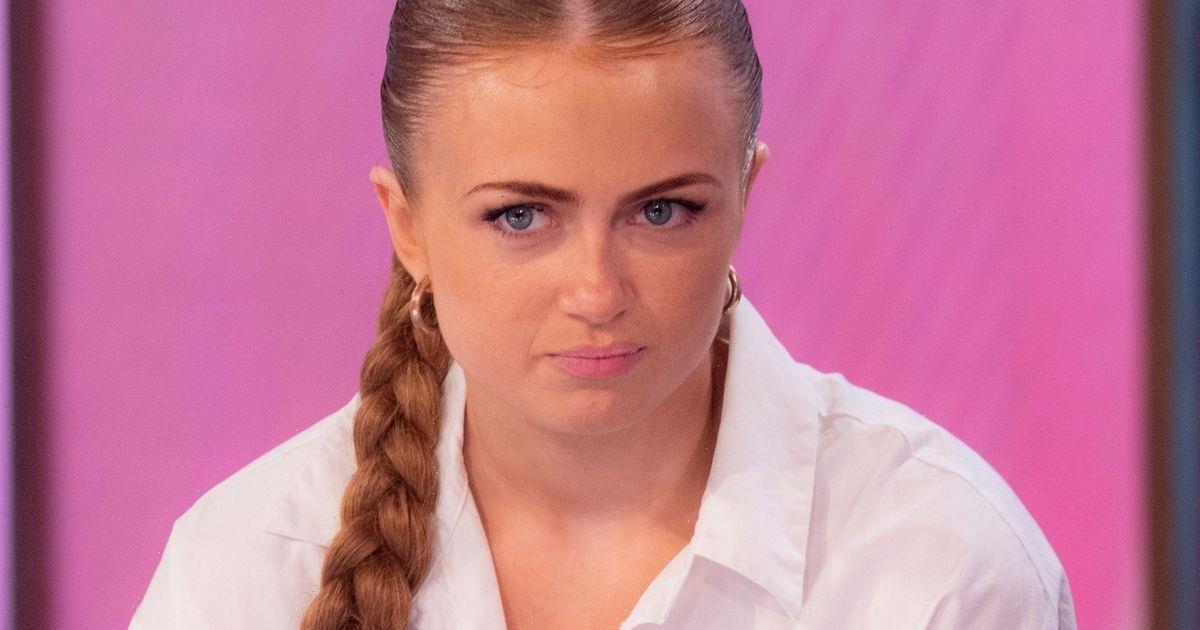 Maisie Smith maybe busy rehearsing for her new strictly role but she was still free to send her fans into a frenzy.

The former EastEnders star is currently hard at work rehearsing for her new part in Strictly Ballroom The Musical.

But the 20 year-old star took the brief time off work to post a gym snap onto her Instagram story.

Using the caption, “happy hump day”, the actress took on a serious and focused expression in the snap.

Looking in the mirror reflection, in front of an extensive array of gym equipment including dumbbells, Maisie took a revealing side picture on her phone.

She can be seen in a revealing grey sports top that showed off the shape of her bosom and her slim torso as she listened to music through her black headphones.

The former Strictly Come Dancing runner up also donned clingy black gym shorts that emphasised her toned physique as she showed off her leg muscles.

She took to Instagram to show her workout to her one million followers as she prepares to take to the stage alongside Kevin Clifton. The pair previously won the Strictly Come Dancing 2019 special for Children in Need with the EastEnders star, 20, returning to the main show the following year where she stormed her way to the finals.

Maisie and Kevin will be taking part in the epic theatrical show in September where she will play the part of Fran, directed by none other than long-standing Strictly Come Dancing judge Craig Revel Horwood.

Making the announcement on ITV’s Lorraine that she was joining the production, the pair admitted that despite getting to the top of the dancing competition, it wasn’t a given they would get parts in the theatre show as Craig still required them to audition for their roles.

Speaking to the Scottish TV breakfast host, Kevin admitted: “I still had to audition for the show. Obviously Craig has never seen me act and sing but he’s seen my dancing isn’t half bad over the years.”

The dancing pro went on to reveal that Maisie also “smashed her audition” after she wowed viewers with her impressive dance moves on the Strictly Live Tour earlier this year.