Demi Lovato began her career as a Disney Channel star. She released multiple albums through Disney’s Hollywood Records. Though known for catchy pop anthems and personal, soulful ballads, she later began to branch out and address other issues with her music. 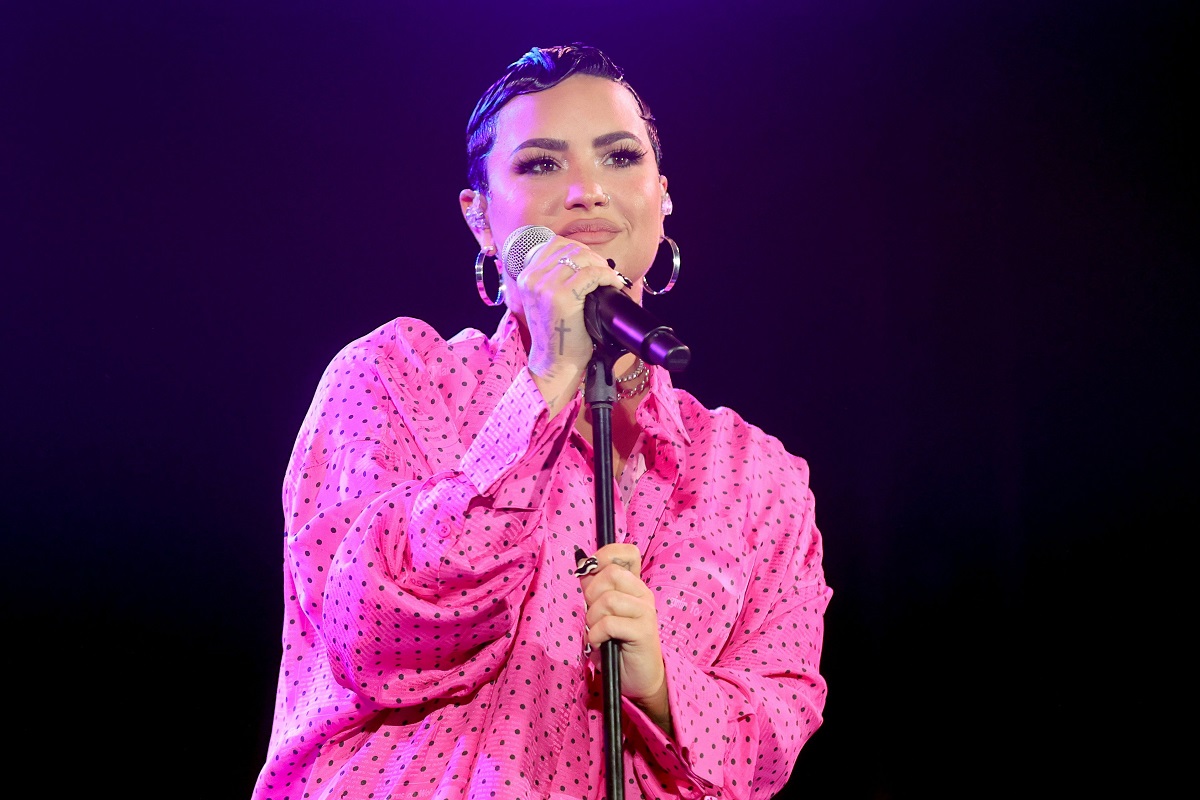 A track on her seventh studio album, Dancing with the Devil… the Art of Starting Over, falls into this category. Here’s why Lovato says there’s “kind of a piece of history” on the record.

Demi Lovato has tacked politics in her music

In October 2020, Lovato released the single “Commander in Chief.” Aimed directly at then-President Donald Trump following events like the nationwide protests in Summer 2020, she was inspired by Pink’s “Dear Mr. President,” which addressed George W. Bush.

“I was thinking about the music that’s out there right now, and I was like, ‘Why isn’t anyone talking about what’s happening?’ In the ’60s and ’70s, when anything political would happen, music was such a key element to help people process and get through it,” Lovato said on Late Night with Seth Meyers.

“I was like, ‘You know, I really need to step up my lyrics and make it about something other than just my life,’” she continued. “I started making more music that is less about me and more about the broad scope of what’s going on in the world, and one of the songs that we came up with was ‘Commander in Chief.’”

She released ‘Dancing with the Devil… the Art of Starting Over’

Lovato finally released her highly anticipated seventh studio album, Dancing with the Devil… the Art of Starting Over, in April 2021. It showcases the last few years of her life, including the lead-up to her 2018 overdose and what’s come after it, like her short-lived engagement to actor Max Ehrich.

In interviews, Lovato has revealed how some of the most personal tracks came to be, from “The Kind of Lover I Am” to “California Sober.” The former addresses her sexuality, while the latter explains her approach to sobriety post-overdose. She even sang about her late father Patrick Lovato on “Butterfly.”

The album contains a cover of ‘Mad World’

However, one track is a cover. “‘Mad World’ was a song on the album that I recorded actually the day of the insurrection,” Lovato said on The Zach Sang Show of the January 6, 2021, events at the U.S. Capitol building.

“I had shown one of my producers, Mitch, the [2001 cover of the] song by Gary Jules [and Michael Andrews], and I loved that song so much that I told him I wanted to cover it,” she explained.

“Our minds were just blown about what was going on,” Lovato continued of the day in question. “That’s kind of a piece of history on my album. It’s pretty cool because I can always hear that song and think, ‘Wow when I recorded this, there were actually people still at the Capitol.’”