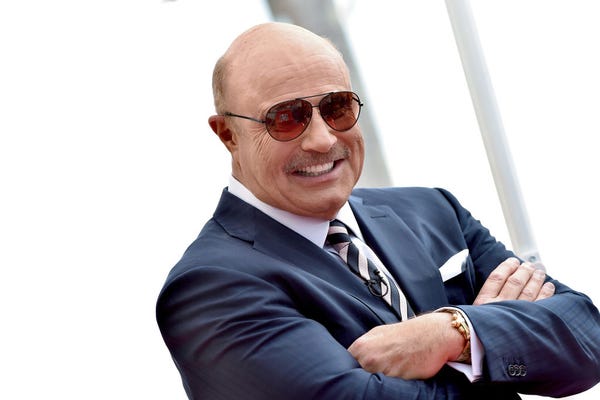 America's favorite psychologist may have to psychoanalyze his millions of TikTok followers.

Dr. Phil McGraw told fans in a new TikTok video on Wednesday that they have to stop calling him "daddy" in comments on his posts.

The video amassed more than five million likes in under 24 hours, though the account only has four million followers.

##YouHaveTo stop calling me “daddy.” I ain’t ya daddy.

McGraw followed the popular "you have to" TikTok trend, where users say people "have to stop" doing something — in this case, everyone has to "stop" saying that McGraw is their father.

Videos following the "you have to" trend usually use the "you have to stop supporting trump" TikTok sound for the clip, which is a cover of ODESZA's "A Moment Apart" played on the harp by TikTok user and harpist Hannah Stater. The original TikTok that became Stater's audio track was posted in February.

The hashtag page for the trend — #YouHaveTo — has over 790 million views as of Thursday afternoon.

The comments sections of the TV host's previous TikTok videos are flooded with people referring to him as "daddy," with some users even calling him "Dr. Daddy."

Insider has reached out to representatives for McGraw for comment.