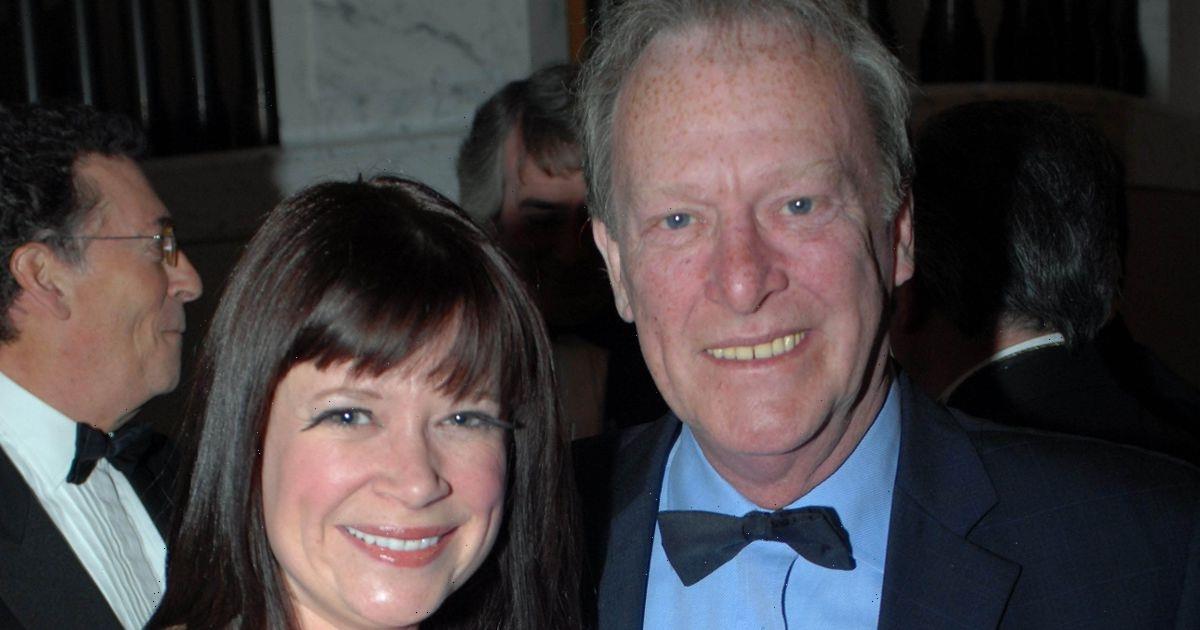 EastEnders actress Hannah Waterman has shared a tribute to her father Dennis Waterman, who died yesterday (May 8, 2022) at the age of 74 years old.

The Minder star died 'peacefully' at a hospital in Spain with his wife Pam by his side, with his family announcing his death in a statement saying: "We are deeply saddened to announce that our beloved Dennis passed away very peacefully at his home in Spain."

"The family kindly ask that our privacy is respected at this very difficult time."

Dennis had two daughters from his second marriage, including daughter Hannah who starred in EastEnders as Laura Beale between 2000-2004, as well as going on to share the screen with her famous father later in her career.

She has since paid tribute to her father in a social media post, with fans sharing their messages and own tributes to the star too.

Hannah Waterman was born on July 22, 1975 to her parents Dennis Waterman and Patricia Maynard.

Both of Hannah's parents are acting stars, with father Dennis appearing in some of the greatest British TV series of all time including Minder, The Sweeney and New Tricks.

Her mother Patricia is also a critically acclaimed theatre actress, appearing in productions such as Blithe Spirit and Henry V, alongside her TV appearances in programmes including Dr Who, where she played villain Miss Winters, opposite fourth doctor Tom Baker.

She also starred in The Sweeney and Minder alongside then husband Dennis Waterman, and it is reported that she also wrote the lyrics to I Could Be So Good For You, the theme tune to Minder, which Dennis famously sung.

A talent for performance certainly runs in the family, as Hannah embarked on an acting career of her own, after joining the National Youth Theatre at the age of 16 years old.

From there she appeared in TV films and series including The Missing Postman, Tess of The D'Urbervilles and Casualty.

However one of her most famous roles was as Laura Beale in BBC soap EastEnders, where she played the third wife of Ian Beale from 2000-2004.

During this time, Ian Beale claimed that their son Bobby Beale was not theirs, and after a bust-up with Janine Butcher, Laura later died after falling down the stairs – with Janine initially being accused of Laura's murder.

While appearing on the soap, there were also a number of family connections, as her mother Patricia Maynard also played her onscreen mother for a number of episodes in 2001.

Hannah also shared the screen with Dennis Waterman's ex-wife Rula Lenska during a number of episodes set in Spain during 2002.

Away from Albert Square, Hannah has continued to act in TV series including The Bill, Holby City and Doctors, as well as most recently the short film A Bird On a Balcony, which is currently in pre-production.

Between 2006-2010, Hannah also starred alongside her famous father in the BBC series New Tricks.

During her time on the programme, she was not only Dennis Waterman's daughter – she also played Emily Driscoll, the daughter of Dennis' character DS Gerry Standing.

She has also followed in her mother's footsteps as a critically acclaimed theatre actress, appearing in productions such as the Australian production of Harry Potter and The Cursed Child and Calendar Girls.

In an interview with The Sunday People, Dennis Waterman revealed that daughter Hannah was friends with comedian Matt Lucas while studying with the National Youth Theatre.

Dennis was famously parodied by David Walliams in Little Britain, where he played mini Dennis who wanted to sing the theme tune to every part he was offered – in a nod to Dennis singing the theme to Minder.

Talking about the sketches, Dennis told Sunday People: "Obviously, the sketches are pretty surreal but I gather the pair of them are big fans. Matt was at the National Youth Theatre with my daughter Hannah and they were good friends.

"Apparently, even then, he was always asking her about her dad. Then, later, I was told by Matt's driver that he even has a picture of me in his lounge, which I suppose is a compliment."

However, she has since been in a long term relationship with actor Huw Higginson since 2010, with who she has a son called Jack.

The family have also relocated from the UK to Australia, but Hannah revealed that it was a tough decision to make as she had been given a recurring role on BBC soap Doctors, saying to The Daily Telegraph Australia: "Work had really started to pick up but we thought 'well, if we delay it again we just won’t do it', so we thought we’d give it a year."

Hannah Waterman recently paid tribute to her father Dennis, following his death on May 8, 2022 with a Twitter post featuring a photograph of Dennis holding her as a baby.

Dennis can be seen smiling for the camera, with baby Hannah cradled in his arms, as Hannah captioned the post: "My Dad. I loved him x"

Messages from fans poured in underneath the post, with one saying: "I am so sorry for your loss. My heart goes out to you xx"