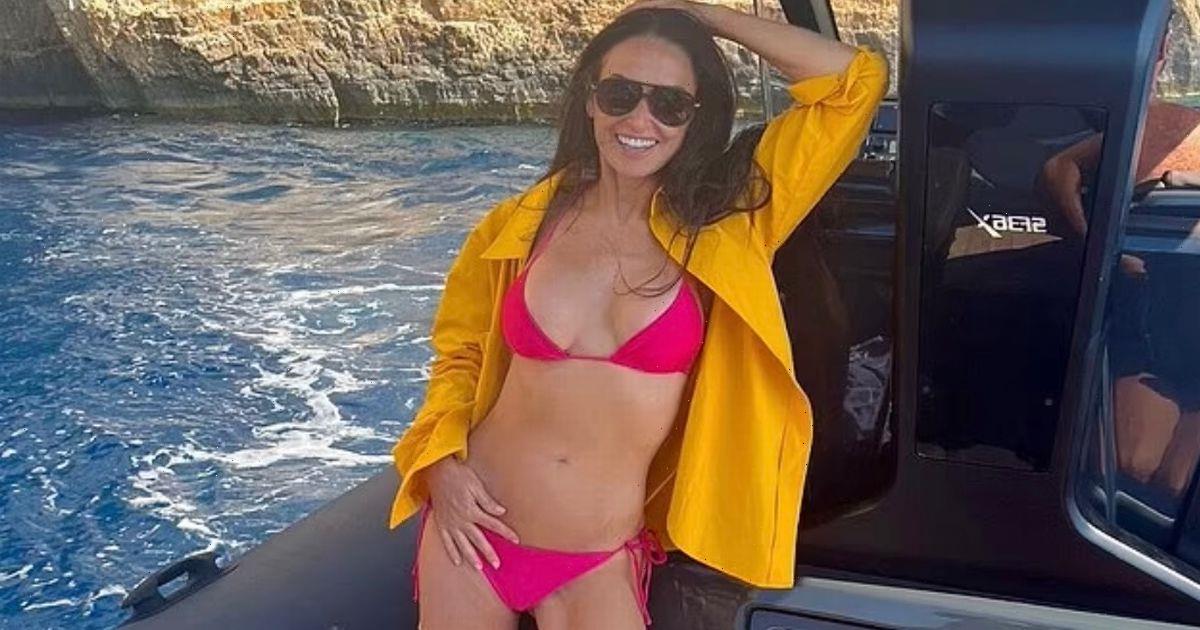 Demi Moore has stunned her Instagram followers with a snap in a hot-pink bikini as she sails the Mediterranean.

The 59-year-old partnered the incredible string bikini with a colourful yellow shirt.

The star shielded her eyes from the sun with black Aviator shades and wore her long brunette hair down.

The picture was taken with a background of multi-coloured cliffs and ocean waves.

The Ghost actress racked up a whopping 103,000 likes and her comments section was flooded with positive messages from other celebrities.

Her ex-husband Bruce Willis's wife Emma commented: "And it looks good on you!" adding emojis of a fire and a smiley face with heart eyes.

Her daughter Rumer also commented, saying: "You’re such a hottie mama, my god."

The star also received plenty of gushing comments from her fans.

One fan wrote: "Beautiful" with a red love heart emoji.

While a third penned: "Love the pink..you look fantastic!"

And a fourth commented: "Gorgeous and a beautiful smile."

The stunning brunette bombshell is a designer for Andie's Swim and helped to design the hot pink bikini.

Demi's collection was launched in July and it is a line of line of playful, vintage-inspired swimsuits.

She was seen posing in black and white swimsuits on a boat, as well as cuddling her petite dog named Pilaf by a swimming pool.

'BTS of my new collection with @andieswim! So much fun shooting with the Andie team and @drewescriva. (And a cameo by Pilaf [dog emoji],' the star wrote in her Instagram caption for the video.

The pictures come after she told People she is excited to turn 60 in November.

"When I think of my grandmother at 60, she in a way seemed to be already resigned to being old.

"But I feel, in so many ways, more alive and present than ever." shared the stunning actress.

Demi, who the ex-wife of Bruce Willis and Ashton Kutcher, also spoke about how important it is for women over 60 to feel attractive.

'It's changing this idea that women become less desirable as we get older,' the 59-year-old siren told the site .

She went on to talk about how women don't want to look "matronly" or to "not feel sexy."