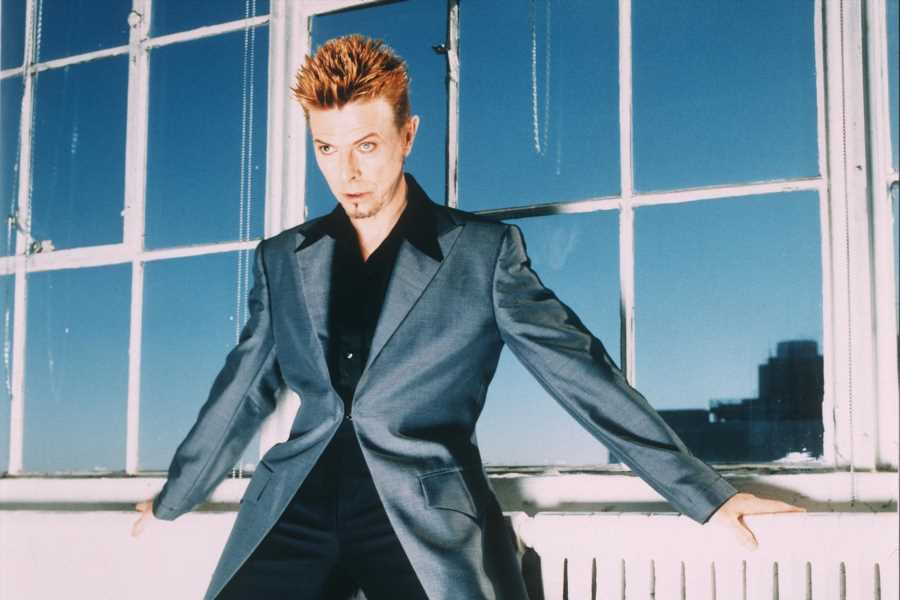 Before David Bowie hit it big with “Space Oddity” in 1969, he spent years on the fringes of the UK recording industry, churning out songs like “I Dig Everything,” “Silly Boy Blue,” and “Liza Jane” that failed to make any impact with the general public. They were completely excised from his live repertoire after Ziggy Stardust turned him into a superstar, and only his most devoted fans familiarized themselves.

But in 2000, he re-recorded several tracks for an album he called Toy, which was ultimately shelved when he left Virgin in 2001. Now, the long-lost album is finally set for release — alongside two discs of outtakes from the sessions — on the box set David Bowie 5. Brilliant Adventure (1992 – 2001) will also include remastered editions of Black Tie White Noise, The Buddha of Suburbia, Outside, Earthling, and ‘hours…’ along with the live album BBC Radio Theatre, London, June 27th, 2000 and the odds and sods collection Re: Call 5. It arrives on November 26th as a seven-CD set, an 18-piece vinyl package, or a digital download.

The roots of Toy go back to the rehearsals for Bowie’s VH1 Storytellers concert in the summer of 1999 when he resurrected his 1965 single “Can’t Help Thinking About Me” for a story about his early days on the British pop music scene with Steve Marriott of the Small Faces.

He hadn’t touched the song in over 30 years and openly cringed at some of his lyric choices (“the worst lines I’ve ever written”), but he loved the new arrangement and it stayed in the setlist when they headed to Europe in the fall. “Joe Elliott from Def Leppard was at a show in Dublin [on November 10th, 1999] and he’s a huge fan,” says Bowie bandleader Mark Plati. “He came backstage and he was gushing about that song. He said, ‘You should do more of those.’”

By the time the band played Glastonbury the following summer, Bowie had his mind set on Toy. “I hate to waste the energy of a show-honed band so I’ve asked one and all if they would like to make an album immediately when we get back to New York,” he wrote to fans in June 2000. “All are in full agreement that they’d like that very much, so I’ve pulled together a selection of songs from a somewhat unusual reservoir and booked time in a studio. I still get really elated by the spontaneous event and cannot wait to sit in a claustrophobic space with seven other energetic people and sing till my tits drop off.”

On Wednesday, the singer’s estate released an official version of Toy track “You’ve Got a Habit of Leaving.”

They recorded it at Sear Sound studios in New York’s Hell’s Kitchen, which was formerly known as the Hit Factory. Unlike his Nineties records, which were pieced together bit by bit over large periods of time, the band played live in the studio and cut it in a little over two weeks.

“We had been doing a lot of gigs up to that point,” guitarist Earl Slick tells Rolling Stone. “We didn’t have to do a whole lot of thinking about how to approach the songs. We had an operating system; an unspoken one. We hardly ever talked about anything. We’d just look at each other, or David would look at us, and it would just happen.”

The original versions of songs like “Karma Man,” “Hole In The Ground,” “I Dig Everything,” and “Baby Loves That Way” were recorded across several years with a wide variety of musicians and producers. The new arrangements on Toy gave them a cohesive, modern sound.

“If my memory serves me correct, we didn’t really spend much time listening to the old stuff,” says Slick. “I think the only time we listened to that stuff was when he brought them into the studio to have a quick listen. I didn’t even listen to the old recordings. I thought, ‘If we want to do this new, I can’t have the old one stuck in my head.’”

The sessions came after a challenging decade for Bowie where he struggled to find his place in modern music, but the Glastonbury set and the critical response to ‘hours…’ transformed the narrative and Bowie was suddenly a revered elder statesmen, not a fading Seventies and early Eighties icon.

“He was in a great place,” says Plati. “He was about to have a child. He killed it at Glastonbury. Everything was good. It was one of those times where the stars meet and everybody is in a great place in life, and there’s not one person that has an attitude or is a prickly pear.”

They wrapped the album in December 2000 and filed it to EMI/Virgin. But the label was in the middle of a financial meltdown due to the rise of file-sharing, poor global economic conditions, and the disastrous box office performance of Mariah Carey’s Glitter. EMI/Virgin executives didn’t think that a record of Bowie remaking his most obscure songs would do much to stop the bleeding, and they indefinitely shelved it.

Bowie turned his attention to his next album, Heathen, but the Toy experience rankled him and he decided his days with EMI/Virgin were over. “I’ve had one too many years of bumping heads with corporate structure,” he wrote to fans in December 2001. “Many times I’ve not been in agreement with how things are done and as a writer of some proliferation, frustrated at how slow and lumbering it all is.”

Bowie spent the remainder of his career releasing music through his own label ISO (via a distribution deal with Columbia), and Toy became a distant memory. A poor quality version of the album leaked online in 2011, though Plati denies online reports it came from his laptop. “I lost my laptop and they don’t take my social security number or bank info, but they take Toy?” he asks. “I don’t think that’s what happened. I think someone got a rough mix on CD somehow.”

Three songs (“Let Me Sleep Beside You,” “Your Turn to Drive,” and “Shadow Man”) were handpicked by Bowie for his 2014 compilation album Nothing Has Changed, but the rest of album sat in the vault until it was resurrected for the Brilliant Adventure box. Plati was brought on board to help with the process. “Some of it hadn’t been mixed,” he says. “It was a head trip to go back 20 years in time to this stuff. I was really taken with the joy on these tracks, and David’s singing is phenomenal … If there were a shining example of the expression ‘better late than never,’ this is it.” 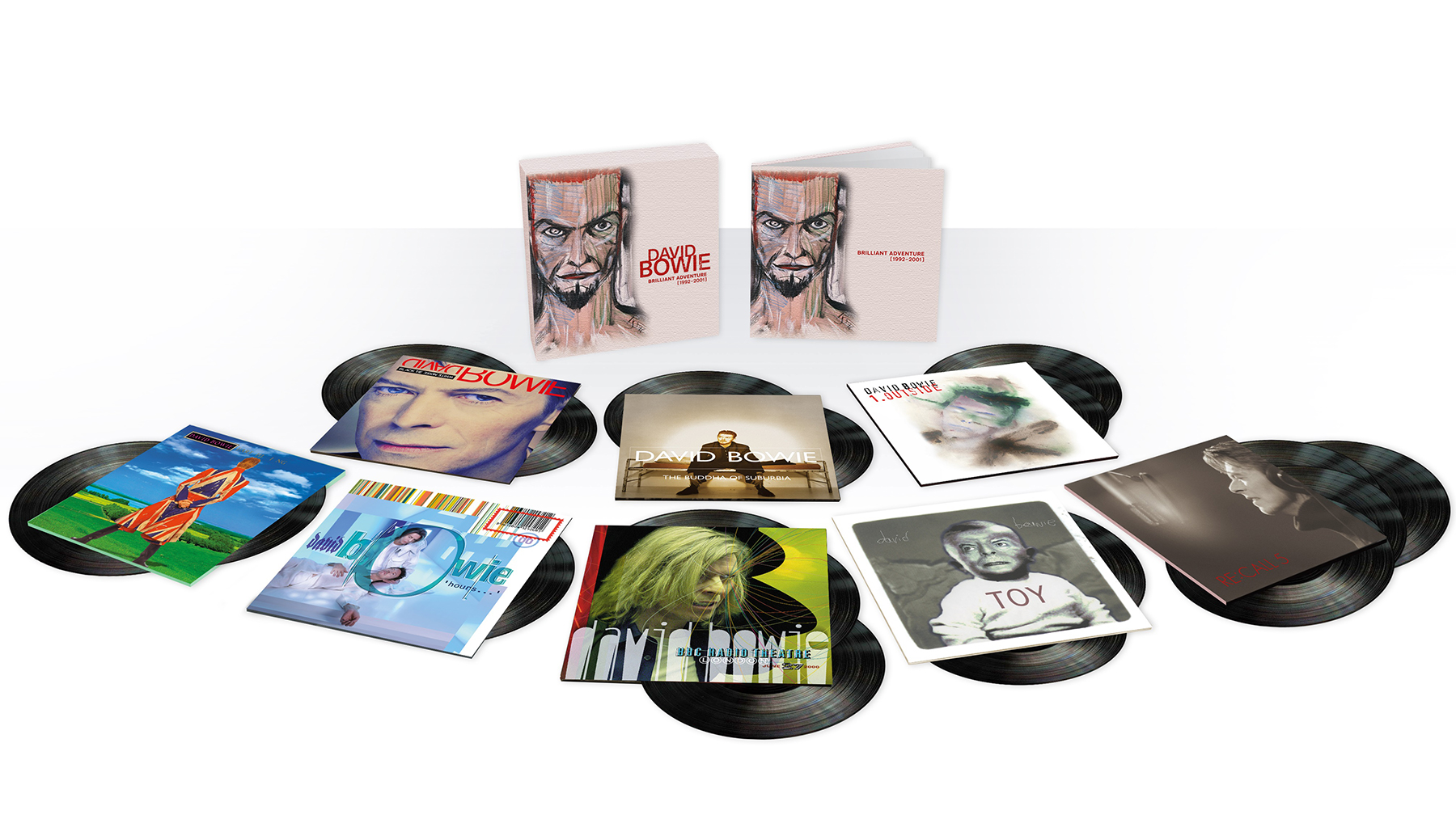 THE BUDDHA OF SUBURBIA
Buddha of Suburbia
Sex and the Church
South Horizon
The Mysteries
Bleed Like a Craze, Dad
Strangers When We Meet
Dead Against It
Untitled No. 1
Ian Fish, U.K. Heir
Buddha of Suburbia (featuring Lenny Kravitz on guitar)

1.OUTSIDE
Leon Takes Us Outside
Outside
The Hearts Filthy Lesson
A Small Plot of Land
Baby Grace (A Horrid Cassette)” (segue)
Hallo Spaceboy
The Motel
I Have Not Been to Oxford Town
No Control
Algeria Touchshriek (segue)
The Voyeur of Utter Destruction (as Beauty)
Ramona A. Stone/I Am with Name (segue)
Wishful Beginnings
We Prick You
Nathan Adler (segue)
I’m Deranged
Thru’ These Architects Eyes
Nathan Adler (segue)
Strangers When We Meet

‘hours…’
Thursday’s Child
Something in the Air
Survive
If I’m Dreaming My Life
Seven
What’s Really Happening?
The Pretty Things Are Going to Hell
New Angels of Promise
Brilliant Adventure
The Dreamers

BBC RADIO THEATRE, LONDON, JUNE 27, 2000 2xCD
CD1
Wild Is the Wind
Ashes to Ashes
Seven
This Is Not America
Absolute Beginners
Always Crashing in the Same Car
Survive
The London Boys
I Dig Everything
Little Wonder