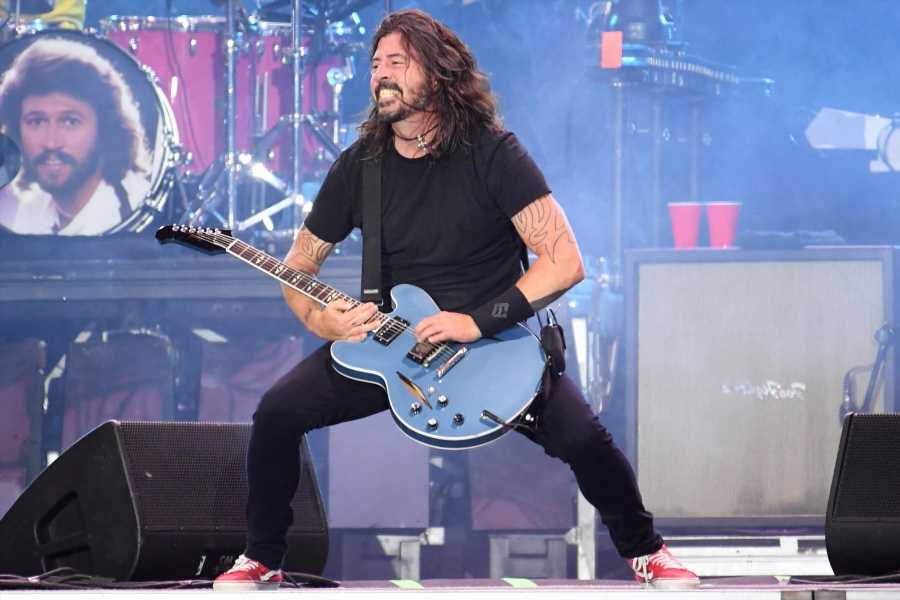 Dave Grohl discussed the excitement and lingering Covid-19 anxiety that has accompanied the Foo Fighters’ return to the road in a new interview with NME.

Since returning to the stage in June, the Foo Fighters have played a handful of concerts and festival sets all over the country, often being the first band to “re-open” a venue as they did with New York City’s Madison Square Garden or Albuquerque, New Mexico’s Isleta Amphiteater.

Of the latter show, Grohl said, “[I]t was the first time they’d had a show there in 688 days. And you could feel it in the audience. You could hear it when they sang along. You could see it when they danced. It’s been a town-to-town celebration of the return of live music everywhere we go — opening new venues, reopening venues that had shut down. And you could see that people have been starved of live performance — as have we. We hit the stage like we haven’t hit the stage for two years!”

From Machine Gun Kelly's Surprise Set to Journey, Here Are the Most Memorable Lollapalooza Moments

100 Best Sitcoms of All Time

Grohl went on to say how the Foo Fighters have been doing their best to keep both themselves and their fans safe, following whatever guidelines are in place, from the federal level down to state and local protocols. But that has also led to some nerves, as one breakthrough case of Covid in the band or their crew could bring the Foo Fighters’ run to a halt.

“For the two-and-a-half hours onstage, it feels amazing,” Grohl said. “It’s the other hours of the day that pose a bit of a challenge because of all the new requirements and restrictions and guidelines. You have to be really careful out there. When you’re traveling with a crew of 60 people from state to state and venue to venue, you try your best to stay within your band bubble because the wheels could fall off at any moment. You wake up every day and cross your fingers and hope that we make it to the stage that day.”

Still, Grohl said it was a great relief to be back on stage again — so much so that he noted he wouldn’t mind doing the kind of treks the Foo Fighters embarked on in their early days. “We’ve circled back to a place where we started years ago — that energy still feels new,” he said. “I don’t think anyone at this point would have any complaints about touring like we did in 1995, which was like two-and-a-half months on the road and then a week off. Everyone’s just kinda fucking dying for it right now.”

Accompanying Grohl’s interview with NME was the announcement of a run of U.K. stadium shows, which are set to take place in June and July 2022.