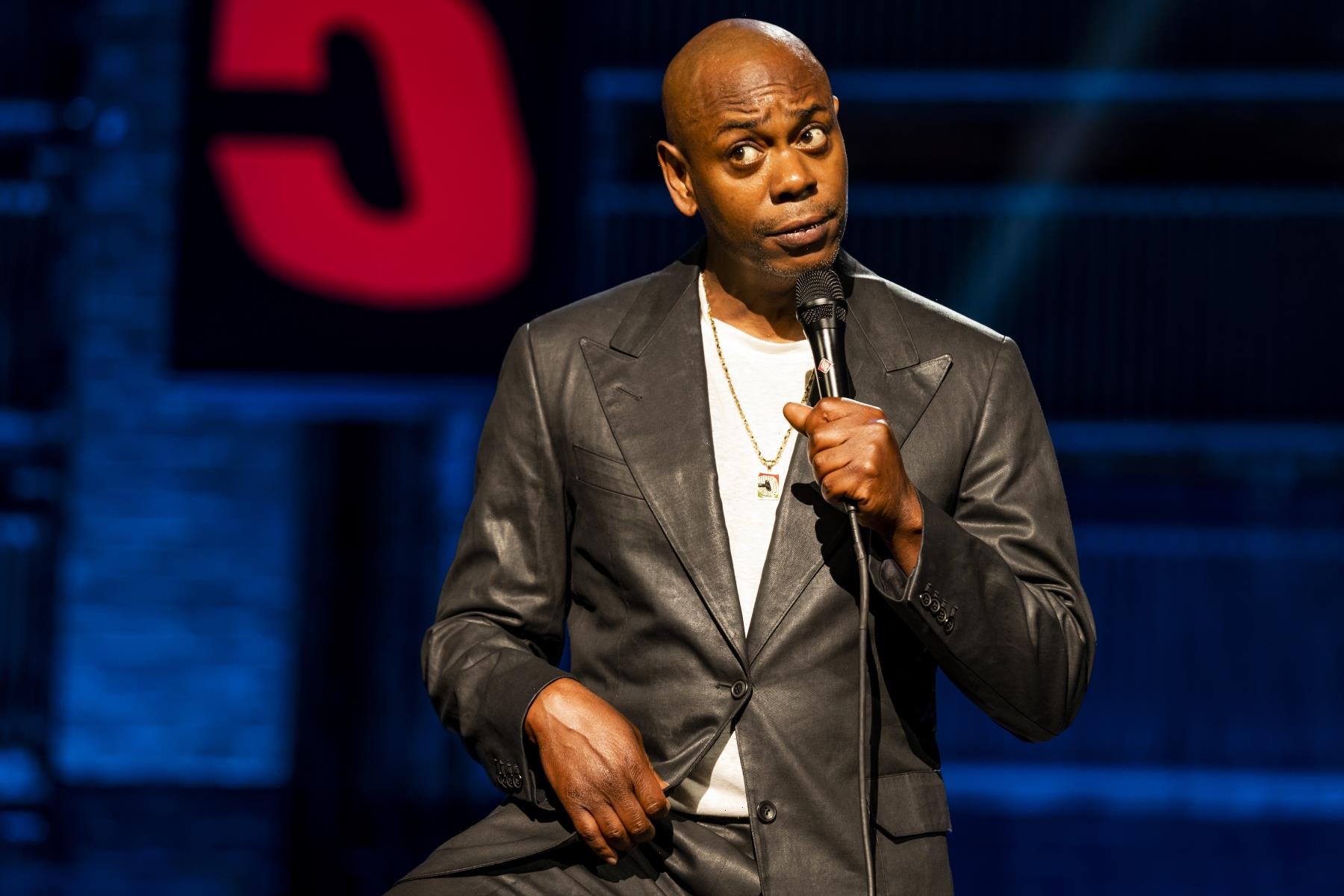 Dave Chappelle waded into the never-ending DaBaby controversy in his new stand-up special, The Closer, wondering why the rapper’s career was supposedly derailed for homophobic remarks instead of fatally shooting a man in 2018.

Chappelle — who has garnered criticism of his own for various jokes about queer and trans people in his recent stand-up specials — quipped in The Closer that he wanted to “negotiate the release of DaBaby” with the LGBTQ community. Chappelle seemed to at least kind of acknowledge the severity of DaBaby’s controversial comments at Rolling Loud Miami, joking, “You know I go hard in the paint, but even I saw that shit and was like, ‘God damn, DaBaby!’ He pushed the button, didn’t he!” Then he added, “He punched the LGBTQ community right in the AIDS. Can’t do that.”

Chappelle then argued that many who criticized DaBaby and contributed to his supposed cancellation don’t know that the rapper shot and killed a 19-year-old man in a North Carolina Walmart in 2018. (DaBaby claimed he was acting in self and he was ultimately not charged in the man’s death; he was found guilty of a misdemeanor weapons charge.)

“Nothing bad happened to his career,” Chappelle quipped. “Do you see where I’m going with this? In our country, you can shoot and kill a n***a, but you better not hurt a gay person’s feelings.”

(The legitimate point about how this country responds to physical violence aside, the question remains, is DaBaby even really “canceled” if he’s still pulling in 35.8 million song streams a week, per the latest Rolling Stone Artists 500 chart, and collaborating with Lil Wayne and Kanye West?)

Chappelle’s bit about DaBaby had one notable booster, 50 Cent, who posted The Closer clip on Instagram. “Dave Chappelle is a funny mother fucker [sic] that was flawless,” 50 wrote. “Hip hop loves things that are damaged, that’s the beauty of the culture. @DaBaby is on a new path music has changed everything.”