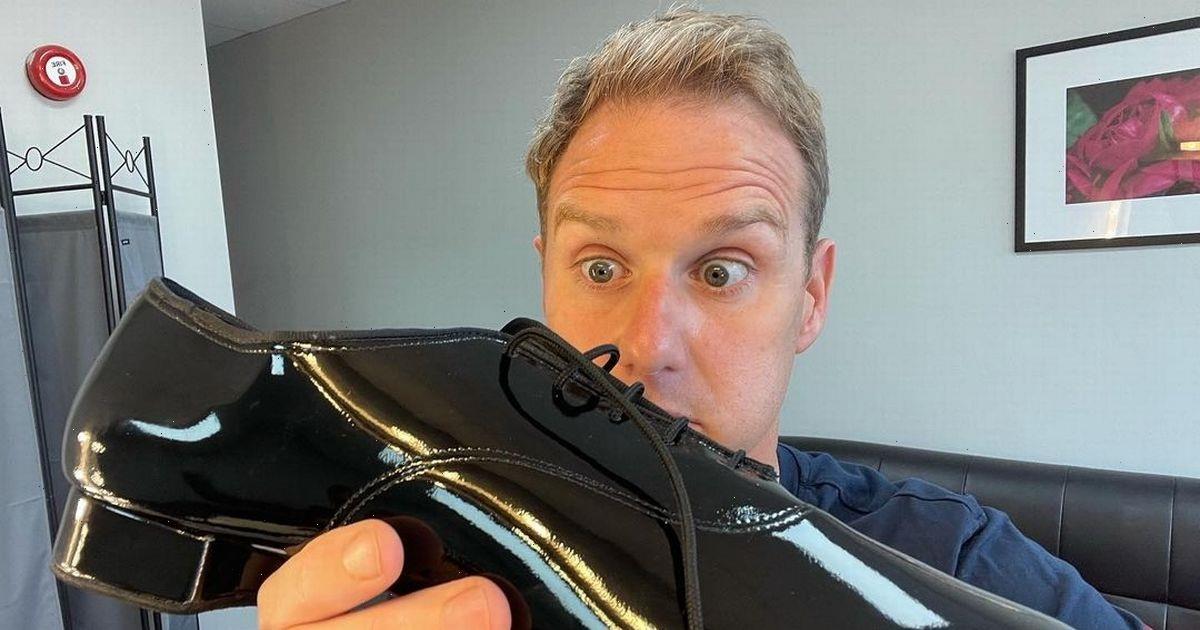 BBC Breakfast presenter Dan Walker is clearly excited for his Strictly stint, as he was confirmed as part of the line-up for the 2021 series earlier this year.

As preparations get underway, Dan is clearly getting into the swing of things as he shared a snap backstage to show off his brand new dancing shoes.

Holding up a huge black shiny shoe with a sturdy heel, Dan pulled a shocked face as he looked down at the "whopper" pair.

He captioned the snap, which appeared to be taken in a dressing room: "The ‘specially made’ whopper dancey shoe has just arrived.

"Look at the size of this puppy!

"Enjoying day 2 of #Strictly prep. Just met @pernicegiovann1 and he was lovely."

However, fans were distracted by the size of the shoes, and couldn't resist rushing to the comments to share cheeky jokes.

One fan asked: "You know what they say about men with big feet?"

Another added: "Bet your lady has a constant smile on her face."

A third chipped in: "You know what they say about people with big feet hey? They have big shoes!"

Meanwhile, Dan may have found himself in hot water after accidentally revealing the official start date of the 2021 Strictly series before it was confirmed by BBC.

As his co-star Louise Minchin confirmed her departure date from the famous red sofa, Dan got his phone out on air.

He said: "I was just going to put your date in the diary.

"I meet and greet the partner in a couple of days time, and actually the first show is on the 18th and then the live shows start on the 25th."

Dan later addressed the slip-up as he appeared in a video for the Strictly video on Instagram as he said: "About time someone told us the start date for #Strictly this year," adding "Sorry" and "#StrickiLeaks".

BBC Breakfast airs weekdays at 6am on BBC1.