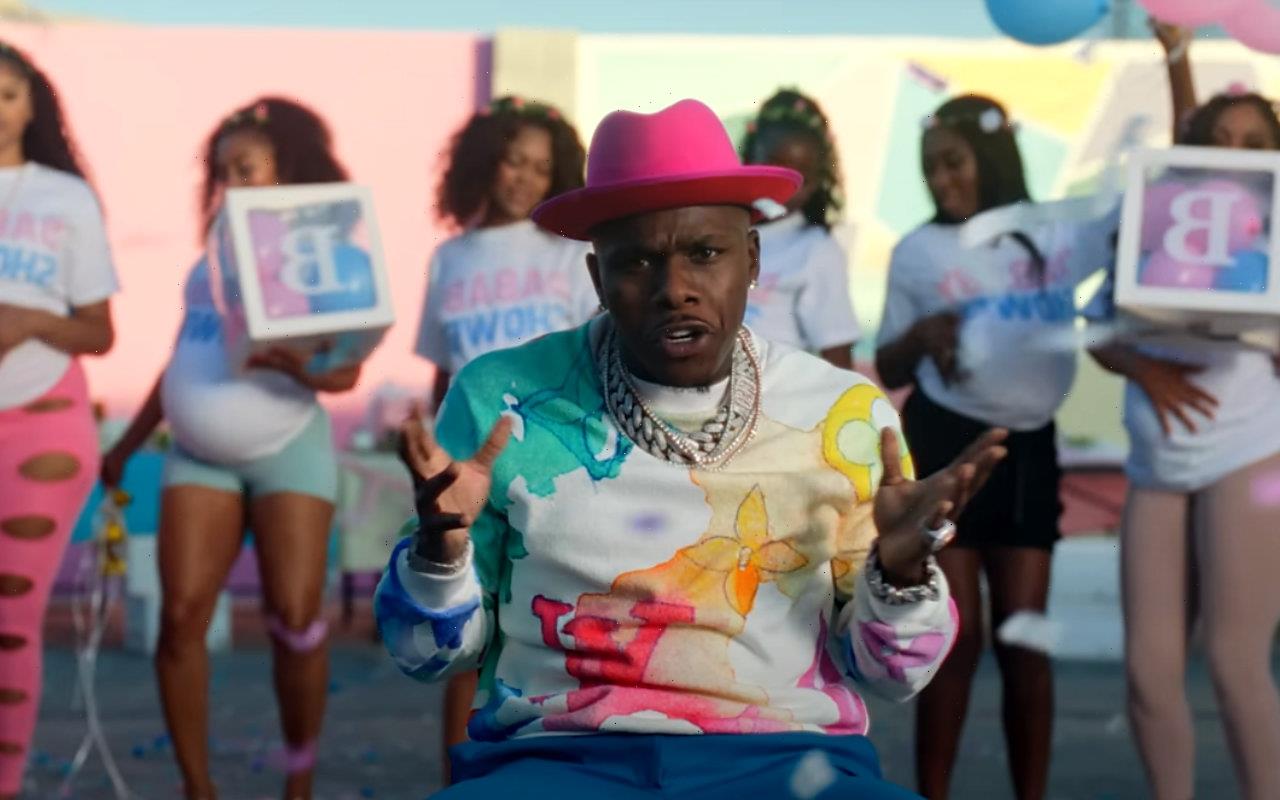 The self-directed music video, which arrived on Thursday, October 13, shows a hospital worker summoning the North Carolina rapper and telling him that one of his ’25 baby mamas is about to deliver.’

AceShowbiz –DaBaby just unveiled a music video for “No Condom”. Arriving on Thursday, October 13, the visuals shows him being surrounded by 25 baby mamas in a hospital waiting room.

At the beginning of the clip, a hospital worker summons the North Carolina rapper and tells him that one of his “25 baby mamas is about to deliver.” It then transitions to a woman in labor, who turns out giving birth to a giant newborn.

“This baby looks like the f**king boogeyman,” the doctor says. “I’m going to be point blank with you – you cannot take it out of the hospital. This is one ugly bastard.”

DaBaby later shows up at a baby shower held for a number of pregnant women. He raps his verses while dancing in a pink fedora, multicolor sweatshirt and blue dress pants that he pairs with white sneakers.

“No Condom” is the latest track of DaBaby’s latest album, “Baby on Baby 2”, to receive a music video treatment. In late September, he dropped “Boogeyman” visuals in which he uses Megan Thee Stallion‘s lookalike.

In the song itself, DaBaby claims he slept with Megan “the day before” Tory Lanez‘s shooting incident. “You play with me that s**t was childish/ The day before she said that Tory Lanez shot her, I was f**kin on Megan Thee Stallion,” he rhymes, referring to the incident where Tory was accused of shooting Megan in Los Angeles on July 12, 2020.