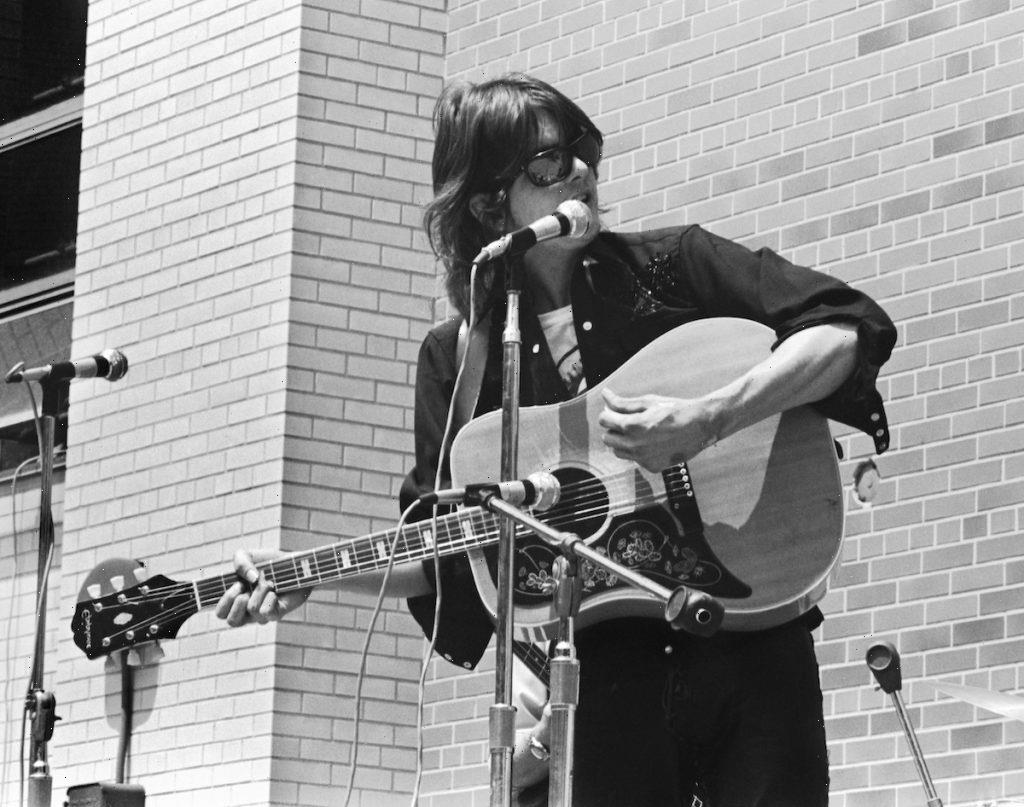 Fans of alt-country and country-rock music owe a debt of gratitude to a man who died before many of them were even born. In life, the de facto founder of the “Cosmic American Music” genre never achieved the success his talent deserved. Days after Gram Parsons’ mystifying death in 1973, his best friend snatched his body and gave him an unconventional desert cremation.

Today, Parsons is a legend and the story of his burial is legendary. So what happened exactly?

Shortly after Parson’s death on September 19, 1973, Rolling Stone called his demise “mysterious.” Eventually, it was revealed that the 26-year-old country crooner had died from a fatal mix of tequila, barbiturates, and heroin. The aftermath of Gram’s death makes his story even more remarkable.

His good friend, Phil Kaufman, heard the news that Parsons had died. And he knew he had to deliver on his part of a pact the pair had made a few months prior. As Grunge explains, Kaufman and Parsons had made a promise at the funeral of Parsons’ former Byrds bandmate, Clarence White. Bored at the stuffy, overly-religious funeral, the friends decided to spare one another the same fate.

Parsons said, “If I die I want somebody to have a few beers, take me out to the desert and burn my body.” Kaufman agreed before asking if Parsons would do the same for him if he perished first. The friends sealed the deal with a handshake, neither knowing how soon the postmortem promise would be kept.

On September 17, 1973, details Grunge, Parsons finished recording Grievous Angel and was about to divorce his wife. He and a few friends decided to take a road trip to the Mojave Desert. His pal Michael Martin came along for the ride as did Martin’s girlfriend, Dale McElroy, and Parsons’ high school friend Margaret Fisher. The next day, Parsons sent Martin back to LA to score more weed. The day afterward, the man who invented Cosmic American Music died.

Gram’s stepfather, Bob Parsons, made arrangements for Gram’s body to fly to New Orleans, where he lived. Kaufman knew Gram had no love for Louisiana and even less affection for his stepdad, who stood to inherit a lot of money from Gram’s estate, explains Byrd Watcher.

Determined to keep his promise, Kaufman contacted the funeral home in Joshua Tree and learned his friend’s body was en route to LAX. From there, Continental Airlines would fly it to New Orleans. Kaufman and Martin intervened, borrowing the latter’s girlfriend’s unlicensed hearse and heading to the airport to intercept Gram’s casket.

The duo convinced the airport attendant that the Parsons family had changed their plans. Then, Martin and Kaufman stopped at a gas station, filled a five-gallon container, and drove Gram back to Joshua Tree where they unloaded his casket at Cap Rock. Kaufman doused the open coffin with gasoline, struck a match, and sent his beloved friend to eternity in a hail of sparks.

Kaufman and Martin returned to LA where newspaper headlines were awash in stories about Gram’s “ritualistic” cremation. Instead of waiting for a cop to come to his house, Kaufman turned himself in on Gram’s 27th birthday. Astoundingly, the man who kept his promise to his best friend faced no consequences for body snatching; he did have to pay a fine for the stolen casket.

Ultimately, stepfather Bob did manage to bury what was left of Gram’s charred remains in Louisiana. But a Florida court thwarted his plan to inherit his stepson’s small fortune. The elder Parsons died of an alcohol-related illness a year later.

Inspiration on the way to destiny

Growing up in the 1950s and ’60s, Gram witnessed the beginning of rock ‘n’ roll. He enjoyed Greenwich Village folk music. But Chuck Berry’s showmanship and Carl Perkins’ cool rockabilly ethic made the deepest impressions on the aspiring songwriter.

Buck Owens and the uptempo honky-tonk jive of the Bakersfield Sound figured into Gram’s future. Country singer Hank Williams contributed to his “high lonesome” vocals. Fortunately for future fans of American Cosmic Music, Gram’s rowdy rockabilly aspirations were tempered by his appreciation of the rich poetic lyrics and beautiful, multi-part harmonies of folk groups like The Journeymen, The Weavers, and The Kingston Trio, explains Riffs & Rhymes.

In high school, Gram played guitar in a rock ‘n’ roll band. Then, he started his own folk group, the Shilohs. In 1966, Parsons moved to New York where Gram played with the International Submarine Band. In 1967, the band moved to the West Coast and recorded one album before calling it quits. The Byrds recruited Gram in ’68. He stayed with the band only a few months because he didn’t want to tour South Africa. Chris Hillman also left the Byrds and teamed up with Gram to form the Flying Burrito Brothers.

Gram left the Burritos after two albums and formed a mutual admiration society with Keith Richards of the Rolling Stones. In 1972, Gram pulled together a backing band with Emmylou Harris and recorded G.P. The band’s second album, Grievous Angel, was released after Gram’s sudden death.

Before his death and immolation on a makeshift funeral pyre in the California desert, Gram changed the course of country music forever.