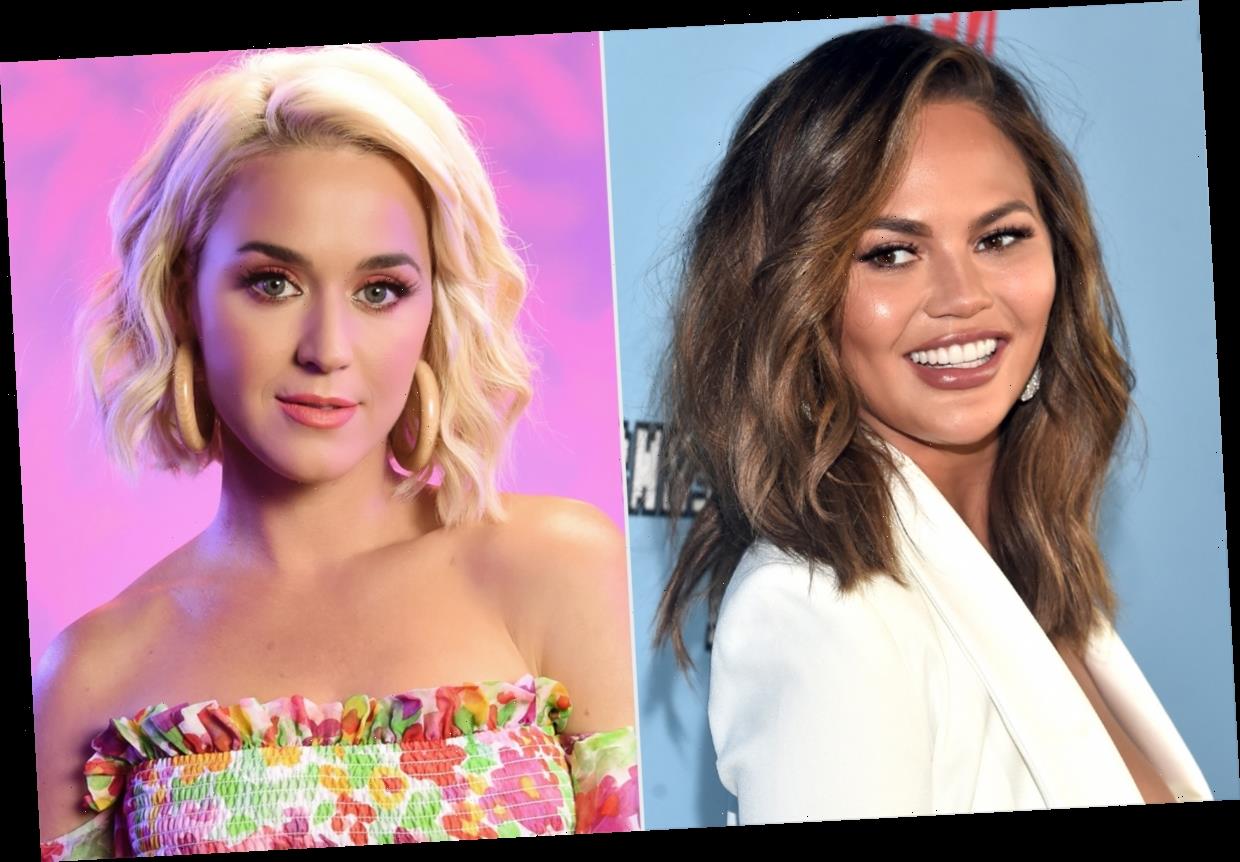 Chrissy Teigen had quite the awkward run-in with Katy Perry following the 2021 Inauguration of President Joe Biden.

Appearing virtually on The Tonight Show Tuesday, the cookbook author, 35, revealed to host Jimmy Fallon that she accidentally offended Perry, 36, after the singer performed her hit song, "Firework," during the Celebrating America inauguration special in Washington D.C. in honor of Biden's installation as president back in January.

"I was so scared because we ran into Katy Perry after, and I always say dumb things," said Teigen, whose husband, John Legend, also performed for the special. "I always get so nervous and say faux pas. I hadn't seen Katy for so long and I was like, 'Oh I typically hate fireworks but that was amazing. That was beautiful.' "

However, Teigen explained that Perry misheard the cookbook author's compliment about the performance, which led to a brief uncomfortable moment between the two stars.

"Ugh, I always do that," the mom of two lamented to Fallon. Ahead of the Celebrating America special, Teigen posed with her family — Legend, 42, and their children Luna Simone, 4, and Miles Theodore, 2 — at the Washington Memorial for sweet photos that she posted to Instagram.

"Just an incredibly special day," she captioned one photo of the family of four.

In another photo — captioned simply with an emoji of the United States flags — Legend and Teigen kissed in front of the Abraham Lincoln Memorial.

For the special, Legend delivered a beautiful performance to Nina Simone's "Feeling Good" on the piano in front of the Lincoln Memorial. Fellow singers Justin Timberlake and Demi Lovato also performed.

On his Instagram that night, Legend expressed his gratitude for being a part of the momentous occasion. "Thank you for asking me to perform," he began. "It was so special for me to celebrate with the nation in front of the memorial to one of our greatest presidents."

"AND I loved honoring the late great Nina Simone, my constant source of musical inspiration," Legend added, sharing a sweet photo alongside Teigen and their kids.