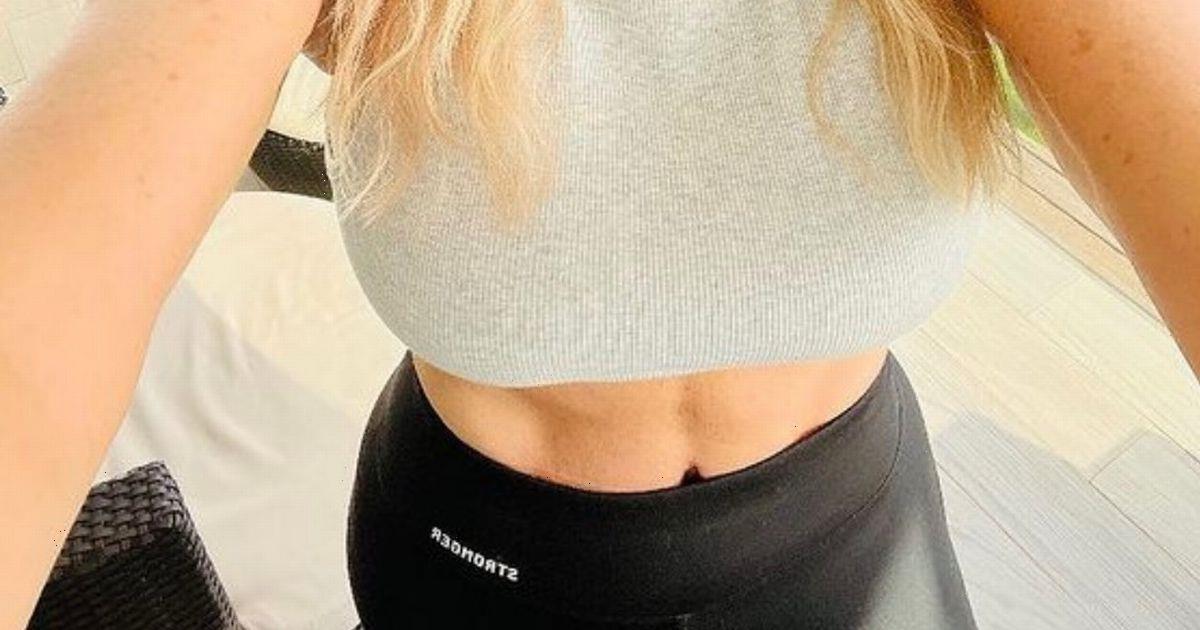 She took to the social media platform this morning (August 10) to post a stunning selection of pictures while on holiday in Portugal.

In the snaps Carol rocked a white crop top, which showed off killer abs.. She paired the teeny top with black skintight sports leggings.

Accessorising her look, she added a pair of chic oversized shades.

Carol captioned the post: "So so hot here tho….Guess it's like at home. Nearly 40C every day which is way too hot for me BUT it's all good and cooling down in a few days.

"Most time spent on yoga, gym, swimming and paddle boarding and chilling out.

The post has already received over a thousand liked and fans have flooded the comments section with positive messages.

Another said: "You look amazing ."

Taking to Instagram to share some new snaps from her summer holiday, Carol looked incredible as she donned a simple outfit while exploring the Sanctuary of Fatima.

Looking like a sporty goddess, Carol looked full of pride as she posed for a snap by the "ethereal" location.

Donning black sports leggings with a long-sleeved black and grey t-shirt, she also sported a bum bag and some brightly coloured trainers.

Standing upright and smiling for the camera, the 61-year-old TV personality wore her blonde locks down and natural, framing her face that had large sunglasses covering her eyes.

Sharing the snaps on her Instagram page, Carol revealed that she had visited the holy site and will be "going back for early mass later this week".

Urging her fans and followers to visit, she penned: "If you haven't been, and even if you don't believe in any religion, I recommend it highly.

"It's huge and beautiful and ethereal with pilgrims on their knees crawling their final path to mass, some praying for fertility, some for lost loved souls and some for a miracle relief from illness."

The former maths whizz went on to say: "Ours is not to judge a single soul.

"If prayer helps then it helps… forever living in a world of hope helps so many."