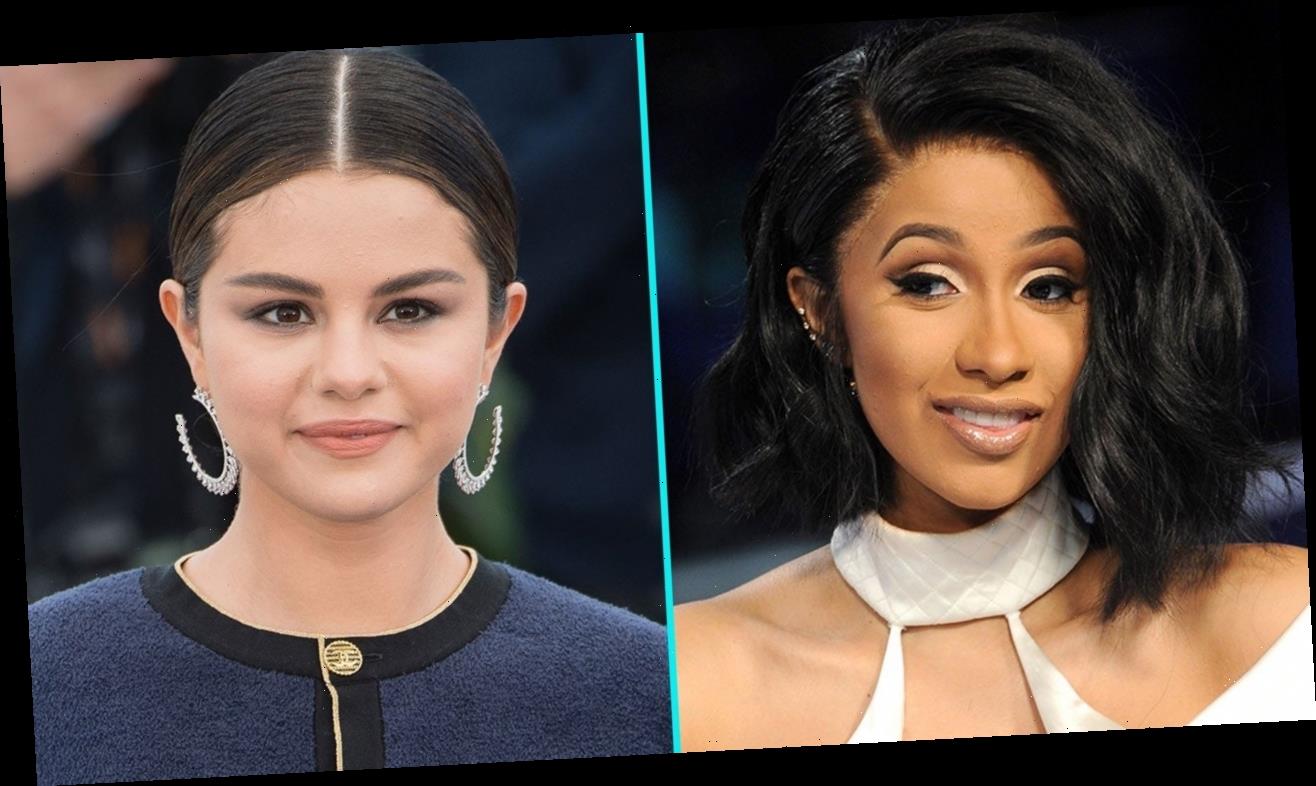 Cardi B is standing up for Selena Gomez. The “Up” rapper took to Twitter on Sunday to encourage Gomez to stay in the music game for as long as she likes.

Gomez, 28, covers the April issue of Vogue, and admits in the accompanying interview that she finds it difficult to keep doing music “when people don’t necessarily take you seriously.”

In the article — which came out earlier this week — Gomez said she is considering retiring in the near future, which is something that didn’t sit well with Cardi.

“I don’t think Selena should retire. She makes good music & her fans love her,” Cardi tweeted. “I think she needs one more Era. A edgy one that no one ever seen her as. I would love to give her some ideas.”

I don’t think Selena should retire .She makes good music & her fans love her .I think she needs one more Era. A edgy one that no one ever seen her as .I would love to give her some ideas

This stirred up a lot of fans who began speculating on what a collaboration between the artists would look like, and the 28-year-old rapper explained that she stood in solidarity with the “Bad Liar” songstress because she’s a good person.

“I like Selena tho. I defend her cause she is such a sweetheart in person,” she explained in a follow-up post. “Us celebs get picked apart all the time but she is just to sweet to go thru that.”

“If she wants to leave, leave cause you want too not cause of these f**kers,” she added, referring to critics.

Speaking with Vogue, Gomez explained, “I’ve had moments where I’ve been like, ‘What’s the point? Why do I keep doing this?'”

“‘Lose You to Love Me’ I felt was the best song I’ve ever released, and for some people it still wasn’t enough,” she said. “I think there are a lot of people who enjoy my music, and for that I’m so thankful, for that I keep going, but I think the next time I do an album it’ll be different.”

“I want to give it one last try before I maybe retire music,” Gomez said — meaning fans just might get that edgy era Cardi sparked some interest in.