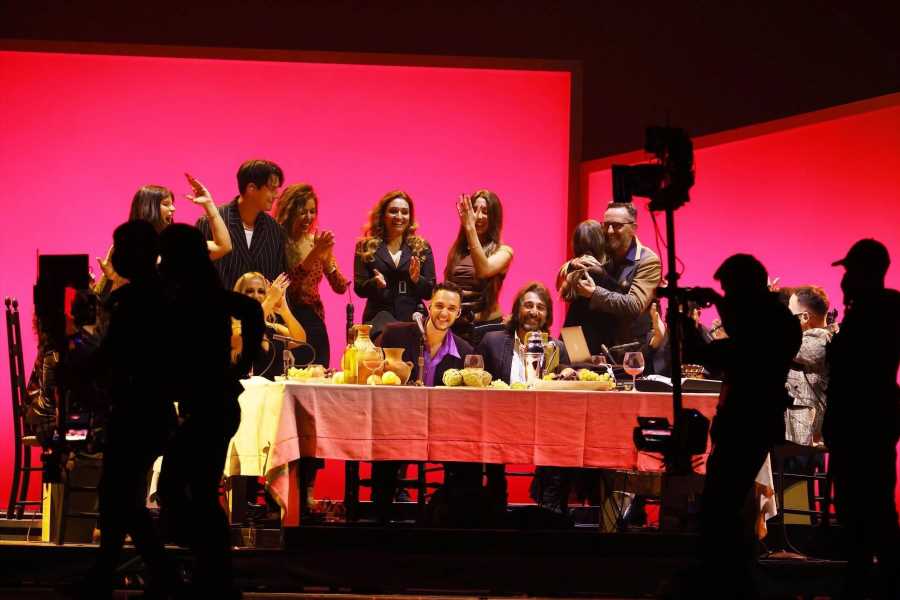 Spanish rapper C. Tangana sat at a table covered in fruits and wine and looked ready for a feast when he took the stage at the 2021 Latin Grammys to perform “Ingobernable” with his family of collaborators. The ensemble sang and clapped along during the flamenco-inspired performance, which also included Nathy Peluso and Natalia Lafourcade.

Tangana is nominated for five Latin Grammy Awards this year, among the most of any artist, and has already picked up wins for Best Engineered Album (El Madrileño), Best Alternative Song (“Nominao” featuring Jorge Drexler), and Best Pop/Rock Song (“Hong Kong” featuring Andrés Calamaro). He is also nominated for Album of the Year for El Madrileño, and his song “Te Olvidaste” is up for Record of the Year and Best Alternative Song. Tangana has previously won some major awards, including Album of the Year in 2019 as a producer on Rosalia’s El Mal Querer, but this is his peak year to date as a solo act.

Along with the creative breakthrough he made earlier this year with El Madrileño, Tangana has collaborated recently with the Parrots on the song “Maldito” and later released the song “Tocarte” with Drexler.