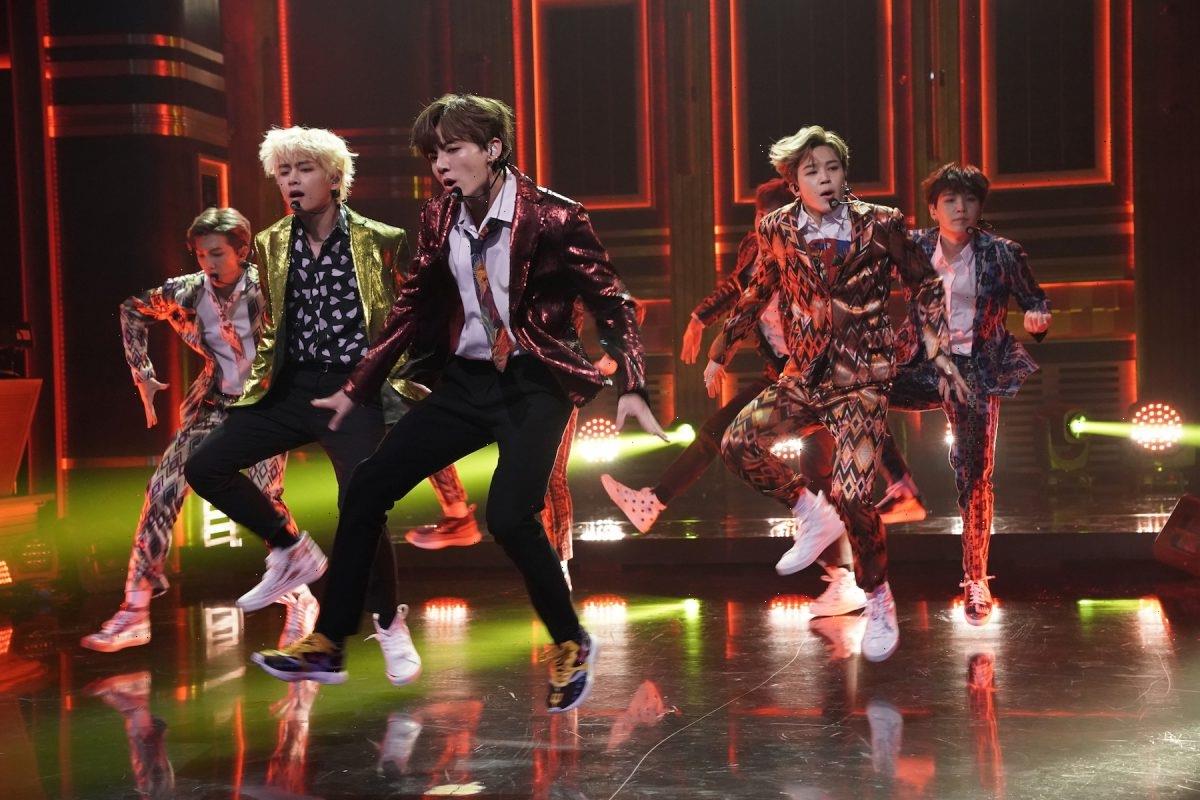 They’re one of the biggest boy bands in the world, often performing in sold-out stadiums. Jungkook’s favorite song, though, is a track that BTS has not yet performed live for their fans. Not yet, anyway.

BTS is known for its iconic live performances, even taking to the Grammy stage in 2020 and 2021

RM, Jin, Suga, J-Hope, Jimin, V, and Jungkook make up the award-winning K-pop group, BTS. Since their debut, the boy band members earned several awards and international recognition. They collaborated with artists like Sia, Halsey, and Chris Martin of Coldplay.

Last year, BTS earned their first Grammy nomination for their all-English Be (Deluxe Edition) track, “Dynamite.” They also performed to sold-out stadiums fill with the BTS ARMY. As a result, these artists have a few favorite songs to perform live.

What is Jungkook’s favorite song to perform live?

During one video with Vanity Fair, the BTS members saw how well they knew each other, taking turns answering questions about music, food, and everything in between. The youngest member of the group, Jungkook, was asked what is his favorite song to perform.

Some members guessed “Euphoria,” the vocalist’s solo song from Love Yourself: Answer. Without Jungkook even writing anything down, Jimin guessed “On,” one of the band’s title tracks from Map of the Soul: 7. Jungkook agreed that “On” was his favorite.

“We’ve never performed it in front of ARMYs yet. I think if we performed it now, they would love that,” Jungkook said according to a translation on the video. He then demonstrated the choreography for the audience, with other members agreeing that the dancing was challenging but fun.

The BTS members are looking forward to performing live for ARMYs

The BTS members initially planned to perform this song, as well as songs like “Black Swan,” live for fans along with their Map of the Soul tour. It has since been canceled due to the coronavirus (COVID-19) pandemic and safety concerns.

“At first, I thought I’ll probably cry tears of joy. But would I? I don’t really think so,” Jin said during an interview with Weverse Magazine. “At first, I really thought I would, but now I think it might feel like going back home.”

“It depends on who you ask, but I don’t think most people would cry just because they came back to their hometown after being away,” he continued. “I think that’s how I’ll feel: like I’m back where I should be.”

After months of anticipation, this boy band announced their mini-residency at one Los Angeles venue. These upcoming concerts would be their first time performing to a live audience in the United States in over a year.

Music by BTS featuring Jungkook, including their recently released album, Map of the Soul: 7, is available for streaming on Spotify, Apple Music, and most major platforms.