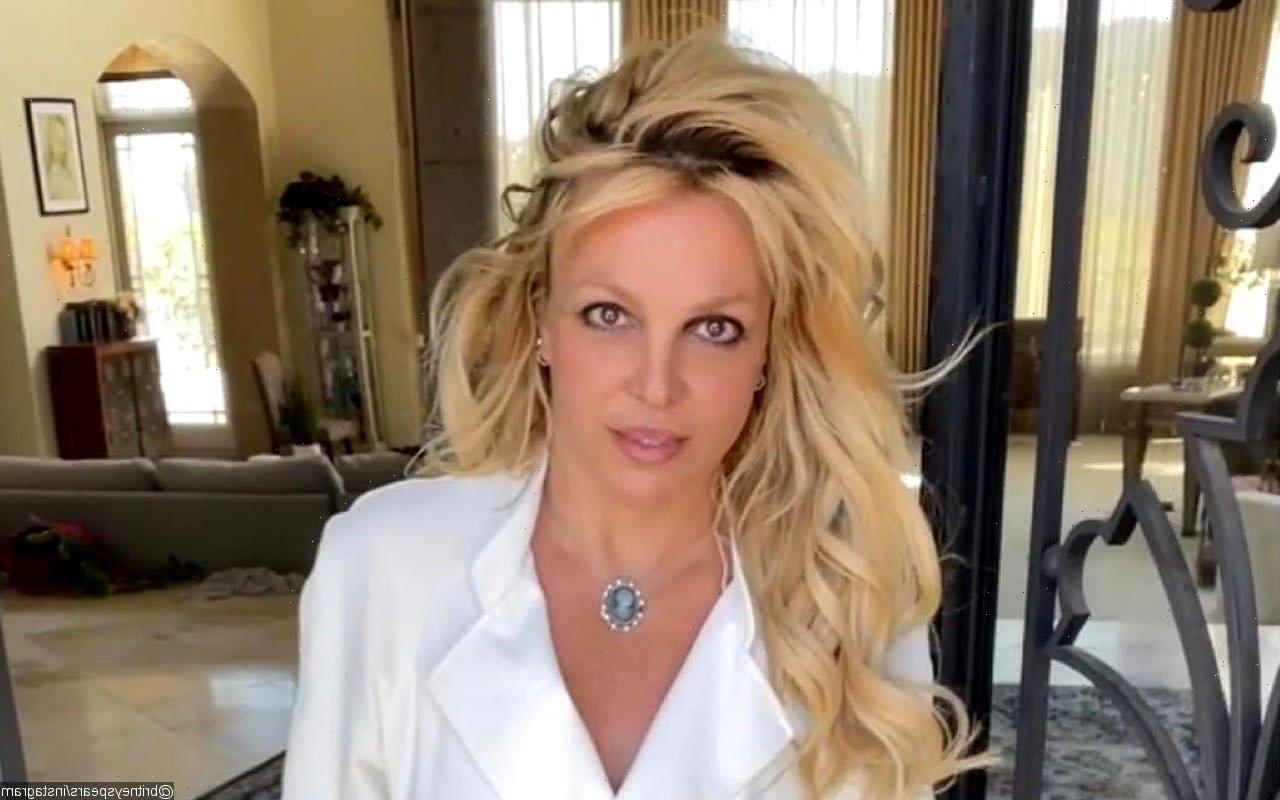 A couple of days after announcing that she is expecting a baby with her ‘husband’ Sam Asghari, the ‘Baby One More Time’ songstress reveals that she’ll take a long break from music and performing.

AceShowbiz –Britney Spears is planning to have a long break from the music industry to focus on herself. After unveiling that she’s expecting a baby with Sam Asghari, the “Oops!…I Did It Again” hitmaker announced that she will take a 10-year break.

On Wednesday, April 13, the “Sometimes” songstress turned to her Instagram page to reflect on her past dealings of “waiting and waiting in those dressing rooms with my dad” as a performer for 14 years. “I look back now and I’m like, ‘how did I do that ???’ Honestly just the thought of being in the same building as them let alone the same room makes the hair on my arms stand up !!!” she wrote.

In her message, Britney also decried the media for always judging her for “doing the wrong thing” during her life as a mom. “God know I’m no saint, but the media destroyed me when I first became a mother,” the “Toxic” singer, who shares her sons 15-year-old Jayden and 16-year-old Sean with her ex Kevin Federline, lamented.

Britney added that though she “wasn’t the brightest bulb” at the time she had her two sons, she’s always a loving mother. “The media has always been EXTREMELY rude to me … so I woke up this morning saying to myself ‘do I need to do a podcast during this pregnancy instead of therapy?” she penned.

Near the end of her post, Britney shared how she’ll spend her time during her break. “It’s time for me to indulge into thinking … books … makeup … classic movies … great conversation … and the best sex ever !!!” she wrote, before highlighting that “sex is great when you’re pregnant.”

Britney announced that she’s having a bun in the oven on April 11. At the time, the “Baby One More Time” songstress suggested that she may be having twins. “So I got a pregnancy test … and uhhhhh well … I am having a baby,” she shared. “If 2 [babies] are in there … I might just loose it.”

A few days earlier, Britney, who got engaged to Sam in September last year, introduced the personal trainer as her husband. “Here’s me shooting pics of my HUSBAND [ring emoji] !!!! I have to do big letters cause that what my sister has always done on her gram,” she wrote underneath a portrait of the “Can You Keep a Secret?” actor.