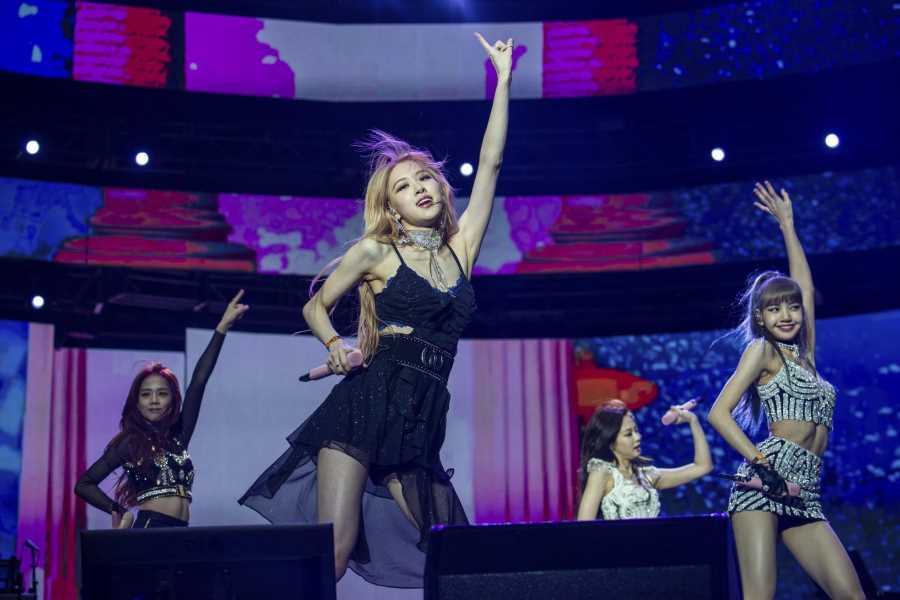 Blackpink have announced the release of Blackpink the Movie. Marking the K-pop quartet’s fifth anniversary of their Square One project debut, the film will hit theaters worldwide on August 4th and 8th. Tickets go on sale on June 30th.

The film will showcase scenes that focus on each member of the group — Jisoo, Jennie, Rosé, and Lisa. Segments include “The Room of Memories,” which reflects on their last five years, “Beauty” features shots of each member, and “Exclusive Interviews” houses messages for their fans. It will also highlight performance footage from 2021’s The Show and 2018’s In Your Area alongside hit songs from the group.

The film will be offered in a variety of formats, including via an expanded three-screen system that utilizes the side walls of a theater called ScreenX, a multi-sensory experience meant to mimic a live experience called 4DX, and a combination of the two.

Blackpink made their debut five years ago with 2016’s Square One, featuring songs “Whistle” and “Boombayah.” Their debut studio album, The Album, arrived in 2020 and they held a virtual livestream concert The Show to accompany the LP’s drop. Earlier this year, Rosé released her debut solo project R, the second solo LP from a Blackpink member following Jennie’s 2018 Solo album.