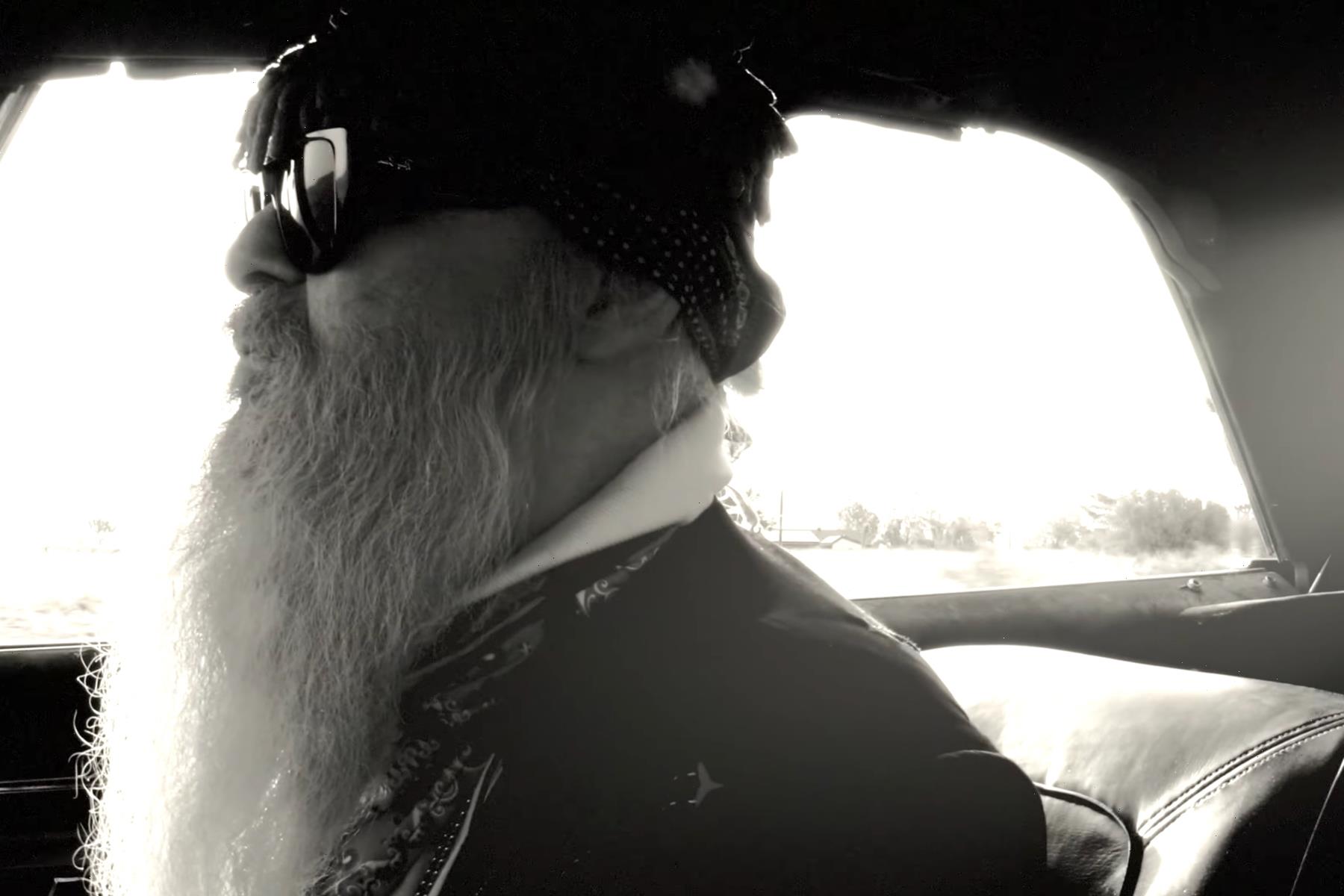 Billy Gibbons remembers Jim Morrison and Gram Parsons while driving around Joshua Tree in the video for “Desert High,” the latest single from the ZZ Top rocker’s upcoming album Hardware.

On the track, Gibbons sing-speaks about Morrison (“The desert toad takes me for a ride/The Lizard King’s always by my side,” a nod to the Doors singer’s alter ego) and pays tribute to “Gram,” the Flying Burrito Brothers singer who died in a hotel room in Joshua Tree.

“Gram died in room eight and left it all to Keith/Just a couple of miles from the salt and sea,” Gibbons sings, also citing guitarist Keith Richards; the Rolling Stones allowed their friend Parsons to record “Wild Horses” before the band themselves released it.

“The song is, perhaps, not typical of Hardware as a totality but it gives an indication of the album’s desiccated sonic sensibility,” Gibbons said of “Desert High” in a statement. “The desert is a truly mysterious place and we were privileged to have spent all that time there absorbing the heat, the vibe, and cranking it out.  It’s where natural background is at its most raw and untamed.  We suspect what we’ve done is something of a reflection or, perhaps, a mirage, that relates.”

Gibbons previously released “West Coast Junkie” from Hardware, due out June 4th and available to preorder now. The album was recorded in the high desert’s Escape Studios alongside guitarist Austin Hanks and former Guns N’ Roses drummer Matt Sorum, who also co-produced Hardware. The album itself takes its title from the nickname of Joe Hardy, the longtime ZZ Top collaborator who died in 2019. Hardware marks Gibbons’ third solo album and first since 2018’s The Big Bad Blues.