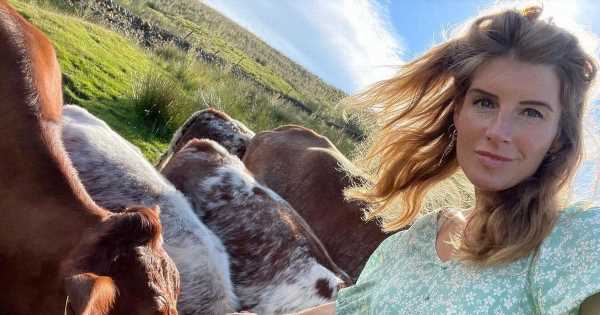 Amanda Owen’s stepdaughter Rosie has spoken out about the divorce rumours surrounding the Our Yorkshire Farm couple – and claimed she believes fans of the show are "blinded" to the "real Amanda".

The mum-of-three said her dad Clive will be "absolutely miserable" in the current situation.

Rosie lives just 20 minutes away from the family farm at Ravenseat, and admitted that the Yorkshire Shepherdess’ "fame" is what eventually led to the supposed marriage breakdown.

Opening up to MailOnline, Rosie said that the rumours don’t "do much for her image, but she’s going to go far. She’ll be on Loose Women next."

She added: "They would stay together forever if it was up to my dad. But after all this fame, it was just a matter of time."

Rosie hinted that she doesn’t share a close relationship with her step-mum, saying: "Given my experience with her, I believe viewers have been blinded to the real Amanda. But still, I hope they sort things out for the sake of the children and my dad, because I know that’s what he’ll want, above all else."

Rosie also claimed that Clive "adores Amanda" and would "do anything for her", adding that he "will be absolutely miserable" in the current situation.

Rosie has admitted previously that she isn't as involved in her dad's life as she used to be, hinting their bond was "broken beyond repair".

She told The Sun earlier this month that watching the show "breaks my heart because it is like watching a past that I haven’t been in for years. It’s like a family that I’d love to belong to but I just don’t."

She continued: "Obviously I’d like to be involved in my dad’s life again but I can’t see it happening. There’s a lot of hurt and anger and disappointment.

"It feels a faraway dream that I could go and see my brothers and sisters at Ravenseat."

Rosie was only three years old when her parents moved to Ravenseat back in 1989 – but they sadly decided to end their marriage in 1995 after "falling out of love".

Rosie's mum took her and her brother to live in Kirkby Stephen when Rosie was nine.

Clive and Amanda have both released a statement amid the swirling divorce rumours, which said: "With the TV show and the books we've always aimed to show the reality of life on the farm, and just like any marriage we have our stresses and strains, coupled with all the complexities of what we do on the farm and bringing up nine kids.

"We're a normal family and we've never said our marriage is perfect."

Amanda also reposted a message from TV presenter Ben Fogle to her Instagram page, which read: "There is an assumption that if you put yourself in the public eye, then you must also suffer the consequences of accountability.

"Amanda, Clive and the Owen family are the most honest, kind, hard working folk I have ever had the pleasure to meet.

"They have integrity, Yorkshire grit and good honest, traditional values. But everyone has their limits." It is said the couple are "battling to save their marriage" amid a "rough patch" – as locals revealed they had been living apart for months.

It comes as Amanda was left laughing off her marital troubles at her one-woman show to promote the release of her new book.

The star took to the stage in Worcester and told the audience: "Clive has just been on the phone asking what is for tea. I told him pasta."