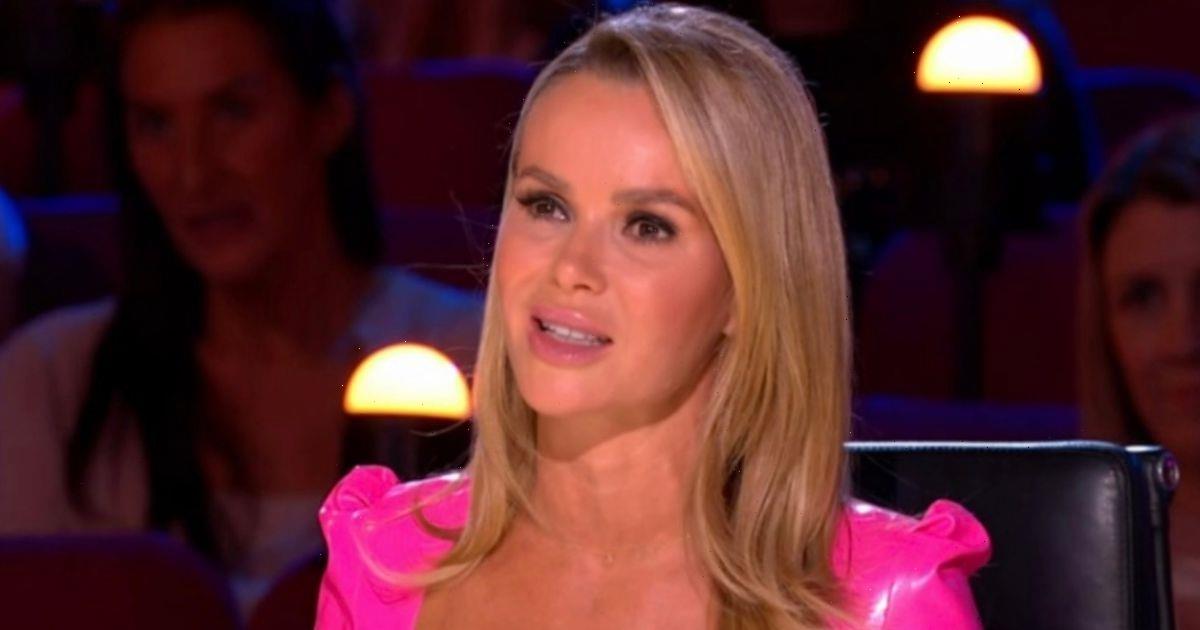 Amanda Holden has floored fans by posing in a glam dress with her lookalike mum.

On Monday, the 51-year-old radio host appeared on her regular Heart FM radio breakfast show with an extra special guest.

Welcoming her mother Judith Mary Hudson to the studio, Amanda posed for an adorable snap with her 72-year-old mother which she posted to her Instagram stories.

In the picture, the mother-and-daughter duo look eerily alike, with the source of Amanda's youthful visage less of a mystery.

Her daughter Amanda captioned the pic: "Bring your mama to work day."

Not one to be left behind, Amanda matched her mum in the style stakes.

Amanda finished her look with a silver pendant necklace, glam eye makeup and a pair of strappy white stiletto heels, with a white pedicure to boot.

She wore her dark blonde tresses in a straight style which stopped around her shoulders.

Amanda was born in February 1971 to her parents Judith and Frank Holden.

She grew up alongside her sister Debbie, 50.

Writing in her 2013 autobiography No Holding Back, Amanda revealed she is now estranged from her father, who she labelled a drunk who abandoned the family home when she was just four-years-old.

Earlier this month, Amanda made headlines for a less flattering reason.

The former Wild At Heart star was labelled "undignified" by fans after sharing a hilarious TikTok video of herself letting out of "beast" of a burp after consuming a can of Sprite.

She told fans in the clip: "My first attempt of drinking a whole can of Sprite without burping. I don't even drink Sprite."