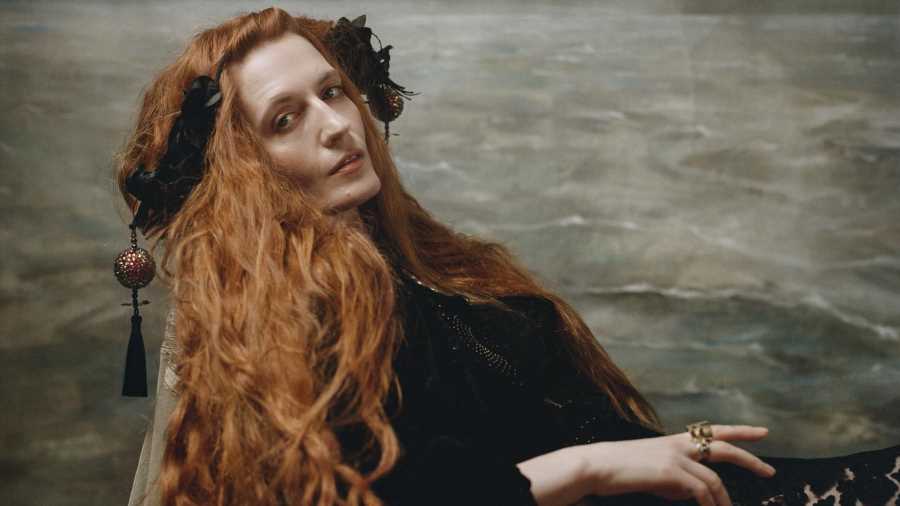 “I am no mother, I am no bride … I am king,” Welch sings on the song, which is built on throbbing bass and sparse textures. Halfway through, she howls long and proud as an orchestra joins the coronation. Near the end of “King,” Welch reveals her motivations singing, “I was never as good as I always thought I was/But I knew how to dress it up.”

“As an artist, I never actually thought about my gender that much,” Welch said in a statement. “I just got on with it. I was as good as the men and I just went out there and matched them every time. But now, thinking about being a woman in my 30s and the future, I suddenly feel this tearing of my identity and my desires. That to be a performer, but also to want a family might not be as simple for me as it is for my male counterparts. I had modelled myself almost exclusively on male performers, and for the first time I felt a wall come down between me and my idols as I have to make decisions they did not.”

The video for “King,” directed by Autumn de Wilde (Emma), is a typically eye-popping Florence clip. The artist floats around, draped in royal purple robes, as she unseats and cracks the neck of a J. Crew-looking king with Shakespearean flair. Her courtiers dance behind her and whirl in jubilation while the orchestra floats in suspended animation. And in true Florence fashion, the vignette ends mysteriously making you wonder what’s really going on.

“King” marks Florence and the Machine’s first new song of the year. Last year, the group contributed “Call Me Cruella” to the soundtrack for Disney’s Cruella, while before that they were dropping scattered songs such as “Light of Love,” “Moderation,” and “Haunted House.” Florence and the Machine’s most recent LP, High as Hope, was released in 2018.