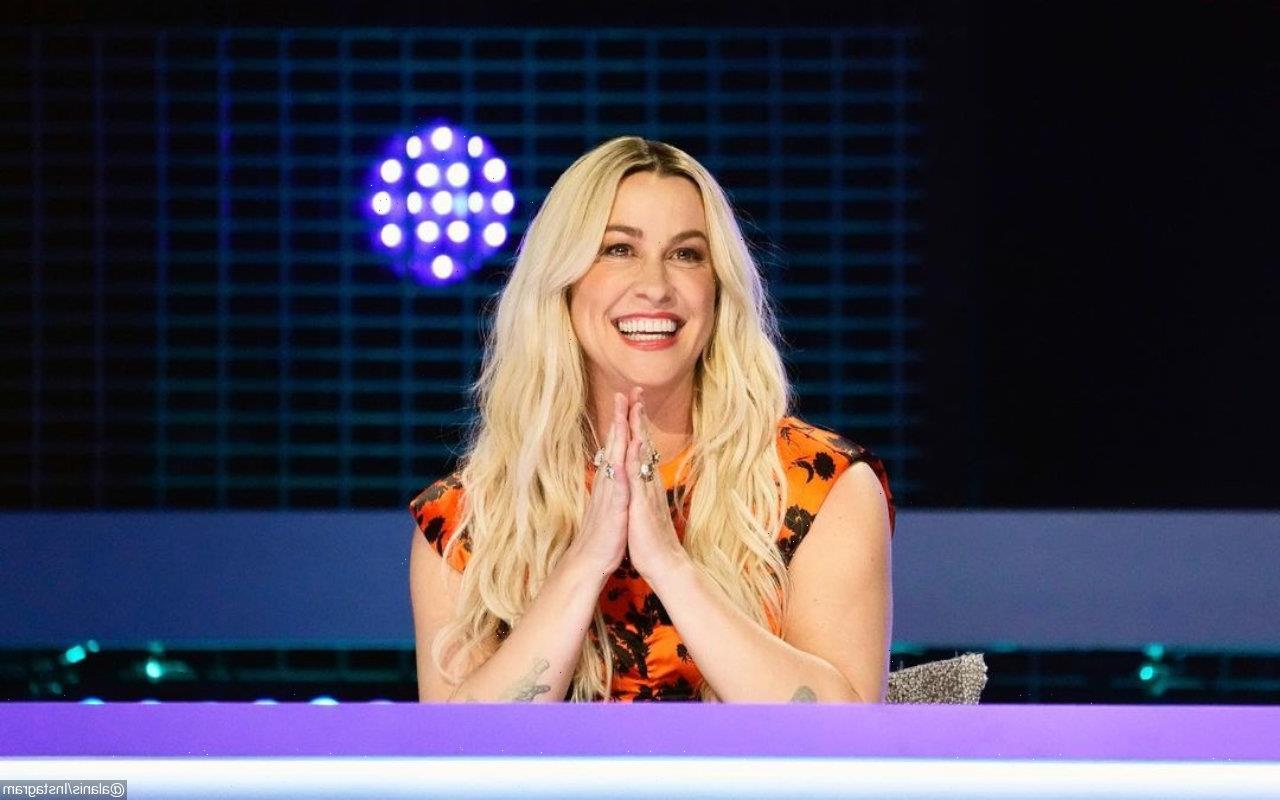 ‘Travelling overseas from country to country is becoming increasingly challenging with three kids during a time like no other,’ explains the ‘Ironic’ hitmaker.

AceShowbiz –Alanis Morissette has postponed her U.K. and European tour dates because travelling with her children amid COVID protocols is too “challenging.”

The shows had previously been rescheduled for this autumn (2021) after being pushed back a year due to the pandemic, but the “Ironic” hitmaker has now confirmed they have been delayed once again.

New dates for the gigs – which were set to celebrate the 25th anniversary of Morissette’s acclaimed 1995 album “Jagged Little Pill” – have yet to be confirmed.

“Europe & U.K. missing you so much. travelling overseas from country to country is becoming increasingly challenging with three kids during a time like no other on this beautiful planet,” Alanis tweeted on Friday, October 8.

“I know things will shift – but for this moment – i am heartbroken to say that we have to postpone the upcoming U.K. and Europe shows in October and November 2021.”

“Stay tuned for the rescheduled dates [coming very soon], and please hold onto your tickets as they will be valid for the new ones. i can’t wait to see you each as soon as we possibly can.” 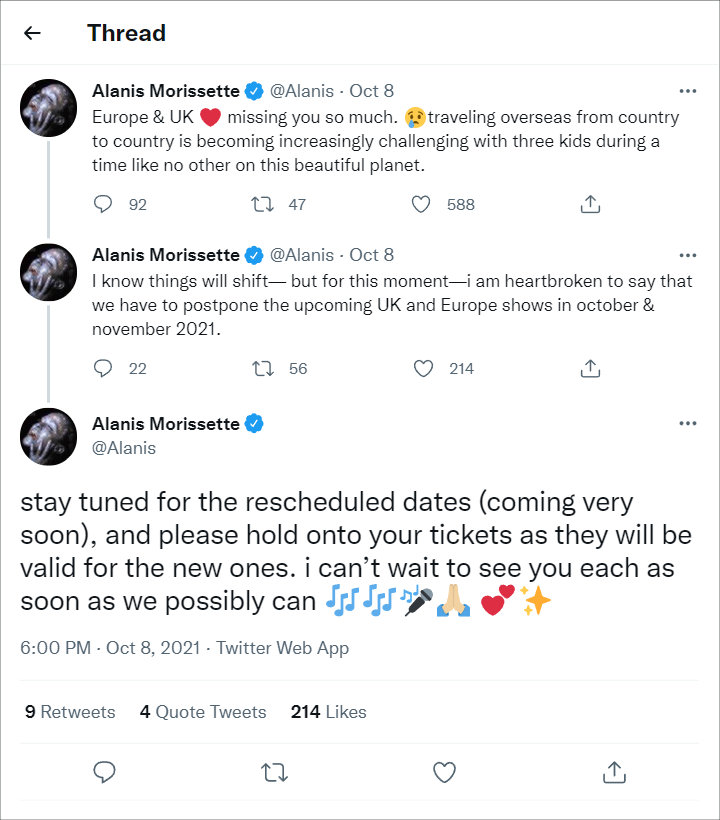 Alanis Morissette has postponed her U.K. and European tour dates.

The tour postponement came months after supporting act Liz Phair had to drop out. “Sadly, due to unforeseen circumstances, I won’t be able to join Alanis & Garbage on tour this summer,” she tweeted in July. 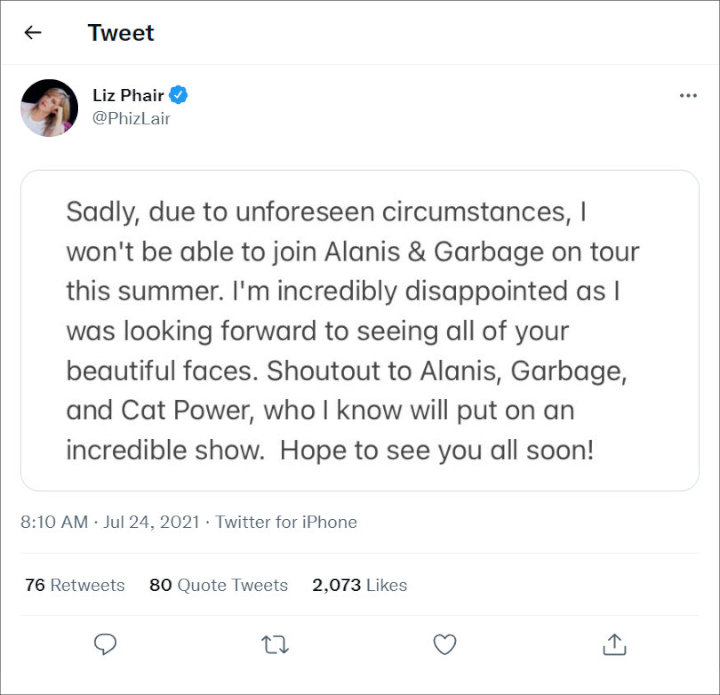 Liz Phair announced her exit from the tour.

“I’m incredibly disappointed as I was looking forward to seeing all of your beautiful faces,” she went on to share. “Shoutout to Alanis, Garbage, and Cat Power, who I know will put on an incredible show. Hope to see you all soon.”