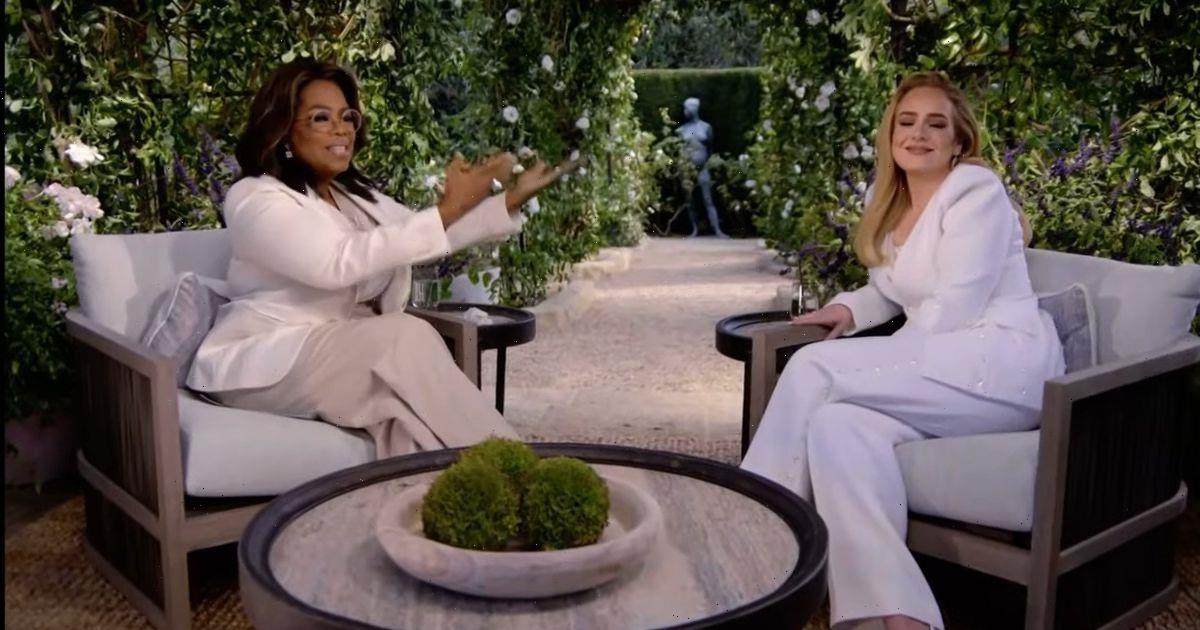 Adele has revealed that she and ex-husband Simon Konecki have not spoken about her upcoming album, which she has confirmed will address their divorce.

However, the 'Easy On Me' singer also said that the two remained friends, and that she felt as though he had “saved her life” during their marriage.

She made the bombshell revelation in a tell-all interview with Oprah Winfrey on American network CBS on Sunday night.

Adele appeared in the interview wearing an elegant all-white jacket and trousers, opposite Oprah in a cream-coloured outfit.

The star said: “I could easily have gone some pretty dodgy paths … and self-destructed”.

“I respect him more than anyone … I think they (Konecki and their son Angelo) were angels sent to me, that’s how I feel."

“We don’t talk about (the album) … but he knows what kind of artist I am, that I have to dig deep to tell my stories.”

She also revealed that her new album 30 is dedicated to her 9-year-old son Angelo and is a way of showing him “who I am”.

Clarifying her intentions for making the new record, she said that "the whole album is not about him" but about herself instead, although she believes it will help her son Angelo to understand more about her when he is old enough.

“I don’t know if I’ll ever be able to have that conversation with him in real life, so he can go and listen to it.”

After beginning dating in 2011, Adele and Simon welcomed their first child Angelo in 2012. They married six years later in May 2018.

The couple filed for divorce in September 2019. The star told Rolling Stone earlier this month that the split happened after she began "going through the motions" and started feeling unhappy, but that it was not because either of them "did anything wrong".