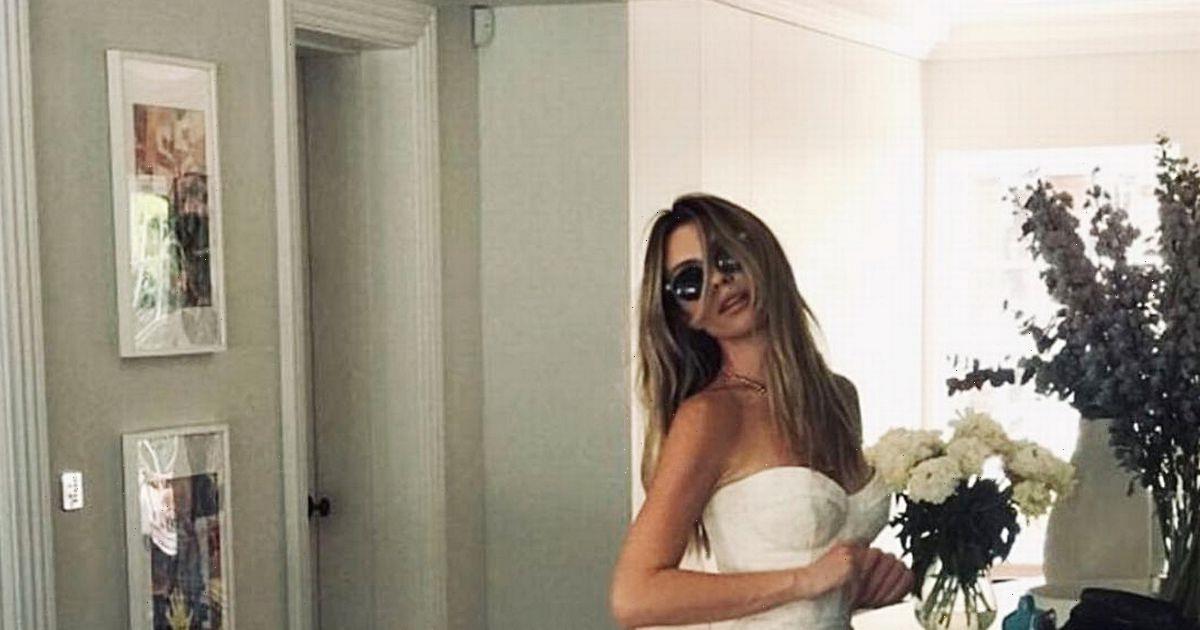 The model posted a snap to her Instagram of herself in the elegant white gown.

The dress comprised of a strapless top with a fitted bodice, with the bottom half comprising a tiered silk ruffle skirt.

Although more than a decade has passed since her wedding to Peter, the figure-hugging dress still perfectly fitted the mum-of-four.

She matched her £10,000 dress with a pair of oversized sunglasses and loose tousled hair.

Abbey also posted a tribute to husband Peter, writing: "Happy anniversary baby I adore you," with a series of red heart emojis.

The message was accompanied by a selfie of the couple in which Abbey pouts at the camera as she holds Peter..

The couple were married on June 30, 2011, at the Stapleford Park hotel in Leicestershire, three months after Abbey gave birth to their first child Sophia Ruby.

Get the latest celebrity gossip and telly news sent straight to your inbox. Sign up to our weekly Showbiz newsletter here.

They originally began dating in 2006, but called it off after just a few months.

It wasn't long, however, before they were back together and they announced their engagement in the summer of 2009.