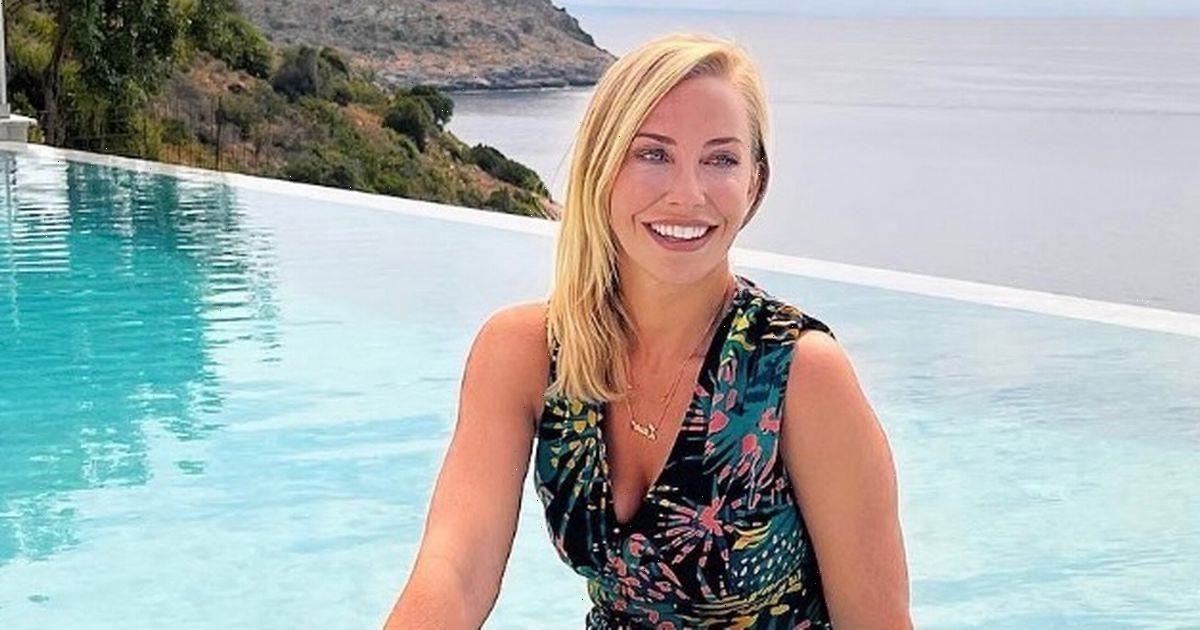 A Place In The Sun star Laura Hamilton looked jaw dropping as she took to Instagram with a sun-soaked post that certainly turned heads.

The 40-year-old TV star was out to dazzle as she posed-up a storm in a bikini-clad family snap.

She wore a plunging blue bikini and thigh grazing denim wash shorts as she beamed a huge smile for the camera.

READ NEXT: A Place In The Sun's Laura Hamilton branded 'yummy mummy' as she dons white bikini

Showing off her killer curves and ripping abs, the television personality stunned alongside her two children Rocco and Tahlia.

Laura has been living the Channel 4 dream since landing the role of host of the jet setter property finding programme since 2012.

Along with the adorable image, the mum-of-two captioned: "They are growing up too quickly!!!

"Tahlia is a sassy and protective little lady who gives the best cuddles."

While many parents offered-up supportive comments about their own children with the comments section, others seemed more infatuated with how beautiful Laura appeared in the sun-soaked image.

One person said: "Marry me Laura," followed by an eye-popping and flame emoji.

Another echoed: "The ultimate babe," while a third added: "Stunning lady."

The Channel 4 presenting gig means that Laura gets to globe trot and awful lot as she aims to help hopefuls with purchasing new homes oversees.

While her latest Mediterranean getaway looked to be a personal and private trip, Laura did mention in a previous post that she had spent time filming on the Greek island, Kefalonia.

For more of the latest showbiz news from the Daily star, make sure you sign up to one of our newsletters here.

Sharing a scorching post of herself poolside against an infinity backdrop, she told fans about what she'd been up to over the last few weeks.

She said: "I have been to Kefalonia twice this year. In April I visited the island with 10 girlfriends for my 40th birthday and I have been lucky enough to be filming and working here for the last 2 weeks.

"This morning on way to work I listened to the soundtrack of 'Captain Corelli's Mandolin' – a film that was made here and one I watched for the first time when I visited in April. If you haven't been to Kefalonia, watch the film and you can see how amazing the island is. Or if you are lucky enough to have a visited Kefalonia, you will know exactly what I mean.

"We've explored the island north to south and east to west and there isn't a single part of it that isn't stunning!"