There’s no easy way to say it. Stephen Cummings is retiring.

After a career spanning five decades – from the inner-city scene-setters the Pelaco Brothers in 1974, to the Countdown stars of the Sports in 1976, to having just released his 20th solo album in February, Prisoner of Love – one of Australia’s most prolific and respected singer-songwriters is pulling up stumps. 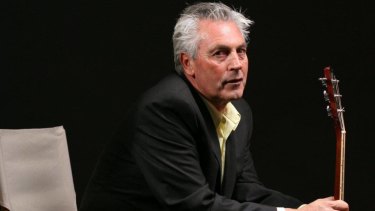 Stephen Cummings is embarking on a farewell tour.Credit:

It’s hard to imagine the Australian musical landscape without Cummings. For Australians of a certain age, he’s as much a part of it as contemporaries such as Paul Kelly, Nick Cave, Ross Wilson and Renee Geyer. And almost as long as John Farnham. Speaking of …

“This is my Johnny Farnham tour,” says Cummings. “I’ve just had enough of it all.”

However, Cummings’ music will be even more present in his absence. For a long time, he had wanted to gather the rights of his extensive back catalogue in the one place. It has finally found a home with Liberation Records, under the Mushroom Group umbrella. With mission accomplished, Cummings is releasing a 50-track, 4-CD retrospective through Liberation’s Bloodlines label, A Life is a Life, on April 5 – and seeing it off with a farewell tour with his band Clare Moore (drums), Sam Lemann (guitar) and Bill McDonald (bass).

Whether people like it, or not, there’s nothing you can do.

Cummings had intended for both his new album and the retrospective to come out at the same time, to increase his odds of coverage. “I just thought as an ‘older person’ it’s hard to get any coverage for an album at all now, it’s just impossible, unless you’re young and big,” he says.

Initially he wasn’t even planning a new album, but when you’ve already written – at his estimation – about 500 songs, it can be a hard habit to break. Making the record with old friend and contemporary Billy Miller, who also produced Cummings’ 2009 album Tickety Boo and 2012’s Reverse Psychology, made it an easy choice. Cummings even wrote the songs to suit what he considers Miller’s strengths – harmony and melody. “I like having an idea of what I’m setting out to do,” he says. “So we just took our time.”

Even at their leisurely pace, the 10-track album was still finished in six weeks, its rich and ever-inventive palette of pop, rock, folk and smoky late-night balladry greeted by glowing reviews on release. Cummings’ creative steam is still clearly piping hot, but he’s intent on going out on his own terms.

“You have no control of the end game, being a musician,” he says. “Whether people like it, or not, there’s nothing you can do.”

Yet even in his career twilight, he is still gathering new fans; the night before we speak, he played a show in an inner-city Melbourne club to an audience that had more than a few new faces in it. “There were like a third my age, a third in between and a third younger – I don’t know how they got there, maybe by accident,” he says with a laugh.

So what will he miss with retirement? He doesn’t pause.

“I’ll miss playing with Sam 'cause he’s so relaxed – if all musicians were like him it’d be good.”

And his post-gig plans – apart from “going on the pension”, he chortles – will include a new book from the already three-time author. “I just sort of feel like it would be good for me to take a year off and not think about anything to do with music at all,” he says.

We can only hope there’s more Farnsy to this farewell than yet meets the eye.

Stephen Cummings plays at the Triffid in Brisbane on April 5; the Factory Theatre in Sydney on April 6; and Memo Music Hall in St Kilda on April 12 and May 3. Prisoner of Love and A Life is a Life are both out now through Liberation/Bloodlines Records.