Animation sequel Wreck-It Ralph 2 had to cut out a joke about Star Wars baddie Kylo Ren.

Portrayed by Adam Driver, the lightsaber-wielding son of Han Solo was going to be referenced in the upcoming movie, however, Lucasfilm executives weren’t keen on the filmmakers’ approach. 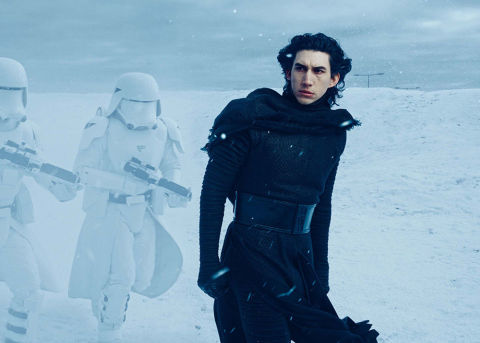 Via IGN, Ralph Breaks the Internet (the official title for the sequel) directors Phil Johnston and Rich Moore – along with head of story Josie Trinidad – reminisced about their failed Kylo gag pitch.

“At one point we had a joke about Kylo Ren being kind of a spoiled child,” said Moore. “We went to Lucasfilm and said, here’s what we’re doing. And they said, ‘Well, we’d prefer that you don’t show him as a spoiled child. You know, he is our villain, and we’d prefer you don’t do that’.

“So we were respectful of that”.

Co-director Johnston then explained how including other Star Wars characters such as C-3PO was to offer “playful jabs” whilst honouring who they were. In the sequel, C-3PO is a butler to the princesses and this “felt like that’s of his character”.

Moore then added: “It’s really loving satire that we’re doing. Mostly at our own expense, with our jobs!”

Ralph Breaks the Internet: Wreck-It Ralph 2 arrives on November 30 in the UK and on November 21 in the US.